What bottle of wine did you open today? (Part 1)

Happy Wednesday everyone!
I really didn’t know what to open this evening so i closed my eyes ( after I was in my cellar) and blindly pulled out a 2005 Domaine Alfred Califa Pinot Noir. Popped and poured. Beautiful bouquet. Th aroma fills the glass nicely. Tasted bright very ripe cherries with a little tobacco on the finish. I thought this wine would have been over the hill but its quit pleasant.

What bottle of wine did you open today? Cheers!!

Not open yet, but planning on the '08 Bedrock, Bedrock Vineyard, Red Heirloom blend. 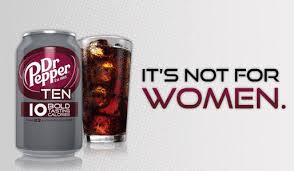 2009 Bedrock Sonoma County Zin. This is the first Bedrock my wife and I have ever tried. After much talk about their wines and the fact that the first red wine my wife ever likes was Ravenswood Zin, I decided to buy a mixed case from a fellow forum member. I decided to start off with a vineyard blend that was ready. I will move to another single vineyard one this weekend when I have a few hours to decant.

I loved the wine, my wife liked it. I think she would have loved it if it decanted for about an hour.

I think Bedrock is going to be one of my favorite wineries to purchase from, hopefully I am of the wait list soon. Although, there is,plenty of people sharing the wines out there.

2009 Sans Liege “En Gedi” Grenache. I like was Curt does with Grenache and his Groundwork Grenache bottling is a steal at $16.

2009 Pierre-Yves Colin-Morey Chassagne-Montrachet 1er Cru Les Embrazees - the '09s are really good from this producer… Had this out of magnum at one of the dinners during La Paulee a couple of weeks ago and had to go out and buy some. Got the box yesterday - got them to cellar temp - yum stuff :O). CHEERS

2010 Domaine Labbé Vin de Savoie Abymes which is too cold right now (out of the fridge) but shows promise.

2009 Chateau Pezat on the rec of a fellow board member. Saw this locally and decided to buy it. Unfortunately not so good. Raisiny roasted flavors that I hope are not indicative of the vintage, since this is my first '09 BDX. Maybe a storage issue. Not undrinkable, and maybe some good fruit and some lightly floral elements, but flawed, either the bottle or the wine itself.

Tonight is sauteed scallops with a salad of crabmeat, english peas, and micro-greens. So we’re opening a 2009 Le Haut Lieu Sec.
Baby killing but i’m trying to decide whether to buy more 2009, or just more 2010.

How is this? Rather intrigued by this series.

'08 Carlisle Montafi. Actually working on the 2nd half left over from last night. Another delicious zin from Mike.