Into week 4 and suddenly really missing wine. Jonathan has been reorganizing the case storage in our cellar for the last couple of days, and seeing things that have been buried for years - things I know we have, but have been out-of-sight-out-of-mind - is making me very thirsty!

Day 24 - not one swallow of alcohol, not one bite of non-vegetable carbs, not one meal made by a restaurant, zero food from a package (not counting vinegars/condiments/olive oil), not one gram of added sugar (unless there’s some in Maille mustard), and zero sugar substitutes.

77% of the way there. Down 9 pounds. Sleeping well. Have more energy

I too haven’t had a sip of alcohol. I’ve definitely eaten in restaurants…quite well actually, and I suspect it’s had something to do with my limited weight loss. Since 1/1, I’ve eaten at Ernestos, Cervos, King, Four Horsemen, Pizzeria Beddia, Laser Wolf and I’m sure I’ve missed one or two.

I really haven’t missed the booze. Even though I’d like to be down more weight, I’m pleased with how my clothes are fitting which gives me incentive to stick with the plan.

Thanks! 6 weeks to go, with a one day wine allowance in mid-February to celebrate the day we got engaged. Aiming for an aggressive body fat percentage, knowing I’ll lose a bit of muscle, too.

Had a big drop the other day - 1.5 pounds. Now for the last three days I’ve gained a half pound a day, so it’s all back. I guess I am slowly feeling better. I think the exercise is the big difference for me. And my gurd is better.

Yes. I get up, undress, pee, and weigh myself.

I know. It’s a slow game. All of a sudden one day I will see another big drop.

It’s weird. Sometimes when I lose weight, it’s a steady drop. Or there may be quick drops early and later on. Sometimes it comes in bunches. For me, it’s always different. This year, no quick drop at the beginning, but now it’s long and slow.

You can smooth out the variations a bit by eating a consistent amount of salt and carbohydrates. Most daily weight changes are from water retention, with salt and carb intake being the drivers. The body retains a certain number of grams of water for every gram of carbs/sugar stored as glycogen. So you can stabilize it to some extent by keeping carbs constant.

That said, weight loss is weird and complicated. Even my coach, who is a pro bodybuilder has periods in his cutting that make no sense to him.

I am new to this thread but 25 days into Dry January – something I never considered trying before this year. This might sound unusual, but I made the decision to stop drinking for a month on New Year’s Eve day, while I was trying to decide on a bottle to bring to a party. As I was looking through my cellar, I realized I was not that excited to go have drinks with friends on New Year’s Eve. Maybe in that moment I was feeling burned out at the end of the first legitimate season of holiday parties in several years (for me, anyway). On the way to the party I told my wife that I had decided to try Dry January starting the following day.

Like many of you, I have lost some weight (about seven pounds) and slept a little bit better than before. What has surprised me about the experience is how little I have been tempted to drink during this time of abstinance. In the last few days, I am finally beginning to wonder again how satisfying it would be to sit with a nice glass of wine at the end of the workday. In all likelihood, I will find out next Wednesday.

As an aside, I have always thought it was dangerous to go shopping at Whole Foods on an empty stomach. BerserkerDay XIV is upon us, and I haven’t had a drink in almost a month. Should I be worried?

Thursday and Friday are going to be tough

Tried the NA Guinness in a can. Surprisingly not horrible, though Guinness is already low A and could almost be considered a “light” beer

Didn’t know Guinness made a non-alc. I would think that the malty/nitro aspects would show well in a NA Beer. Gonna have to try and find that one for the future.

Not that my opinion is worth more than anyone else’s, but it’s very good and is my go-to NA beer. In fact, I drank more NA Guinness than anything last year (including wine), other than water, coffee and tea. I think it is so good and hard to tell it is NA precisely due to the reasons you noted.

BerserkerDay XIV is upon us, and I haven’t had a drink in almost a month. Should I be worried?

Be afraid. Be very afraid.

It’s the 26th day of Dryuary. I have been 100% immersed in helping folks with their BerserkerDay offers. I haven’t even looked at this thread. Can’t even imagine what Todd F goes through each year.

LIke @Brad_S_w_a_l_l_o_w mentioned, I have also lacked the temptation to drink, even the day after the charity event and my surprise birthday party. A few others on this board are looking at longer dry intervals during the week. I think I’ll try that in February.

This song is the opposite. “High N Dry” is the title track of Def Leppard’s second album. Not many know about this album, but it is important because it was the first time Leppard worked with Robert John “Mutt” Lange. This led to the Pyromania and Hysteria zillion sellers, and the rest if history. 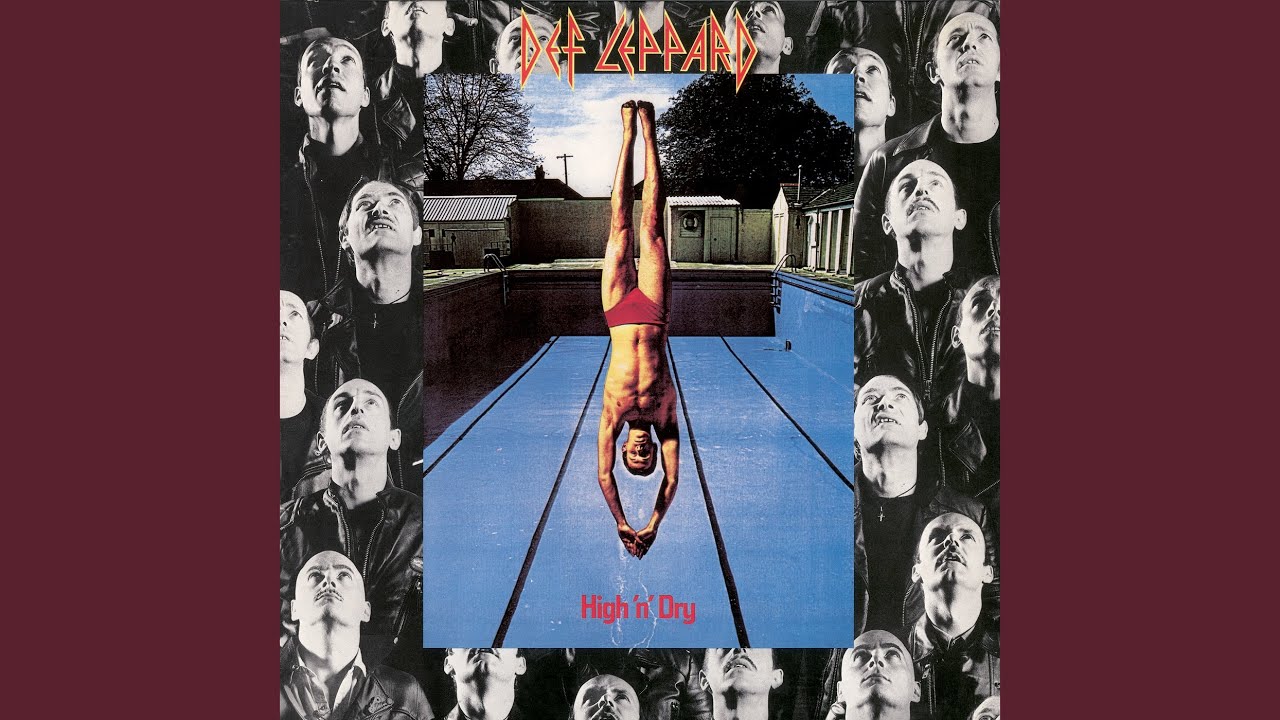 Stay dry, folks! Only a few days to go.

The force is strong in this one.

I’m going to go shovel some snow just to get away from BD14 and thinking about wine.

And then tomorrow my stomach will growl as I order from Smoking Goose. Have you had their popcorn? OMG!

BerserkeDay 14 “Preview” Day has been rough so far. I am still dry, but I have been frenetically buying wine and meat all day long. I don’t have enough cellar or freezer space for it all. Actual BD14 doesn’t start until tomorrow.

I might have to try working during the day.

Next, you guys will be promoting “Berserker-Free Day”