nope. Have not bought or tasted. Searched here: https://www.wineberserkers.com/forum/search.php?keywords=Brignac&fid[0]=1
Seems like I’m getting a bunch of ads for it now, touted by Zachy’s most recently.

Anyone on the board drink this stuff?

This is not an itch I’ve needed to scratch and I have never been much of a socializer in the club scene.

A number of years ago I avoided trying it at La Fete du Champagne and since then I’ve regretted it since I’ll never pay for it.

I had this once at a charity wine tasting. It’s excessively carbonated and very sweet. Not anything I’d seek out because Sprite already exists.

Overpriced and underdelivers. I’ve had a few bottlings at tastings. Like NV Veuve in an excessively ostentatious package. High dosage, rich.

It is not bad champagne, per se, but it is terrible value and it is not “very good” or remotely close to “great” champagne. 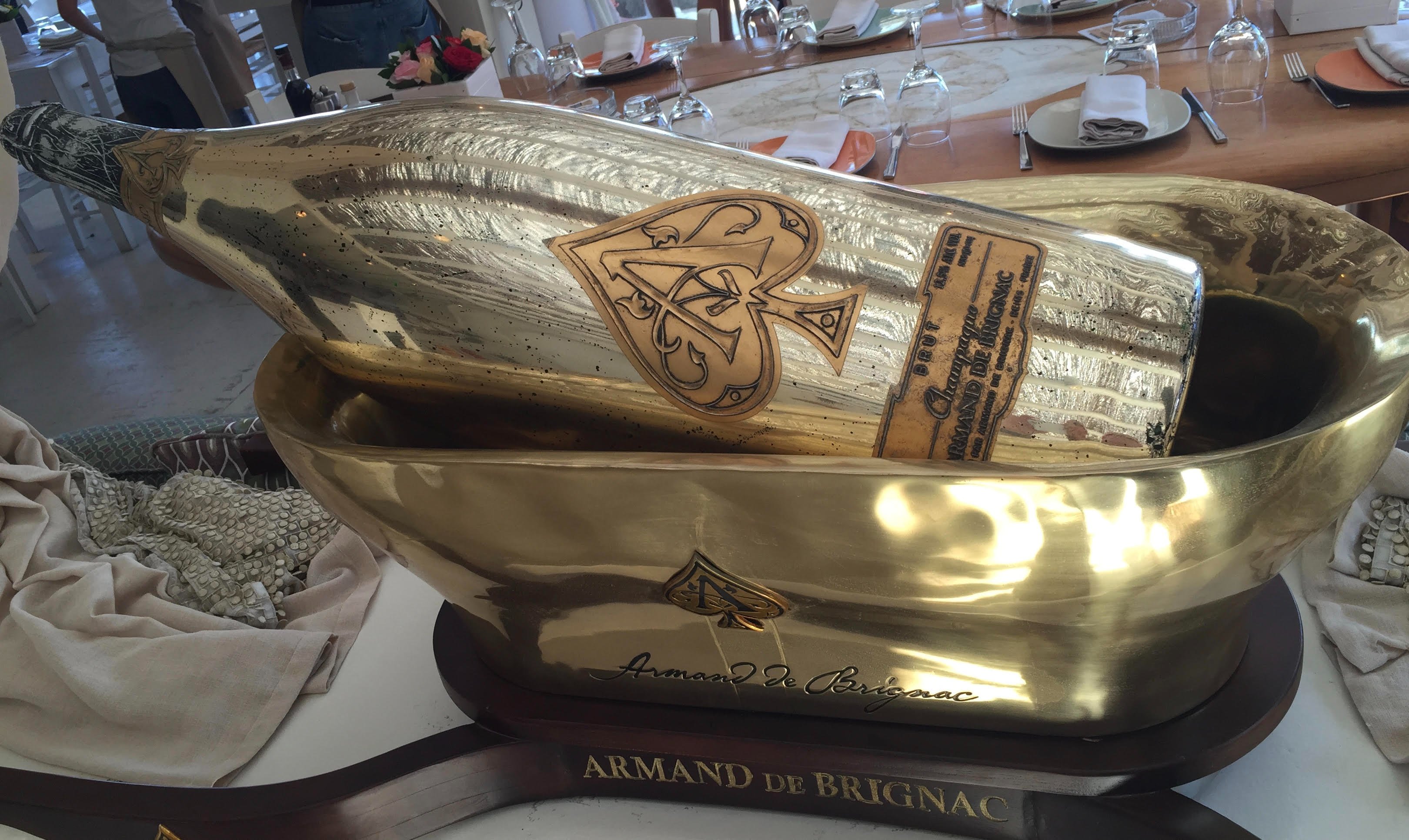 I only drink Ace of Spades from Midas (30L).

I’d reach for a bottle of Cristal if I were in his presence.

I had a bottle with some age on it. I got one of the Gold bottles in a mixed lot back in 2016 at auction, and I have no idea what the base year was or when it was released. I drank it in November 2020 for the election. It was actually pretty good when I had it. It was rich, but the bottle age started to give it some caramel notes and better complexity. Maybe a hint of ox creeping in. If you like Piper or Charles Heidsieck, Pol Roger, or Bollinger, you would like the style when aged. No idea what this tastes like young. But… all the top cuvees of those houses are much better than Ace of Spades and at equal or lower prices, so overall its not really worth it. I would rather have 2 bottles of Bollinger Grande Annee than 1 bottle of Ace of Spades any day of the week.

I have tried it multiple times at an annual event that I get invited to (or at least did before COVID). Never prompted me to buy it. Too much coin for too little quality.

confirms my suspicions. One to ignore and hopefully will divert others away from what we really want.

I’d reach for a bottle of Cristal if I were in his presence.

Had it once and did not enjoy it at all.

The Midas pictured above was from maybe 8 years ago at Nammos on Mykonos. €120.000, including tax but not gratuity. I didn’t buy it, but I drank a glass that was generously offered by the person who did. As for the wine, let’s just say that it made for a great story.

(Congrats on your first successful tag!)

Armand de Brignac is made by cattier; it’s fine for $30 grower fizz.