I was encouraged by @Alan_Rath to put up more content, so here goes: This discussion started but very quickly petered out in @David_Bu3ker 's TN thread on a 2019 Gobelsburg Riesling. Since this topic was a bit of a tangent, I thought I’d reframe it here:

David wrote, “I struggle with why Austrian Riesling hasn’t caught on more. They are largely a better value proposition than a lot of the big name German GGs, while being on the same qualitative level, and they are (IMO) better than their German trocken counterparts at the mid and low priced tiers.”

My response was, “I totally agree. My explanation, and I have no idea whether this is accurate, is that there was such a push c. late 1990s/early 2000s to promote Grüner Veltliner in the US. As a result, GV became what most people associated with Austrian wine, even though the dry rieslings were always there. With the rise of GGs and the corresponding turn toward dry German wines, Austria still remained the land of Veltliner as a kind of shorthand, ie. Austrian (white) wine is GV, German wine is Riesling, even though that was never true.”

I’d love to hear other opinions

I’m curious to know if the Antifreeze scandal affected the overall trajectory of export sales. Even thought it’s probably long-since forgotten by most consumers, I can’t imagine that something like that wouldn’t have an effect, even 30+ years later:

From a pre-1985 level of around 45 million liters per year, exports immediately fell to one-tenth, or around 4.4 million liters in 1986. They stayed at approximately the same level until 1989, and were slightly higher in 1990–97, but still well below pre-1985 levels. Not until 2001 did the export volume, at just over 50 million liters, match the old level. It thus took the Austrian wine industry fifteen years to regain its former position in terms of export volume, despite optimistic predictions from some quarters in Austria that it would all be forgotten in other countries in one year’s time.

Id love to hear more Austrian Riesling suggestions. I know nothing about it. Preferably suggestions that are not unobtainium like some german rieslings can be.

The only wines Ive had from Austria were zweigelt

1985 is a distant memory. Starting in the 1990s it was a whole different Austrian wine culture.

There are so many:

The quality level is so high from top Austrian producers that it’s really hard to go wrong.

I agree with David’s suggestions. Just remember that with very few exceptions generally labelled as dessert wines, Austrian riesling is dry, so if you are looking for Kabinette or Spätlese in the German style you won’t find them.

Wachau has some of the best wines (see the list above ex Nigl and SG; I buy and drink them all) but they are really held back by their classification system that attaches economic value and prestige directly to the ripeness level. It messes up the incentives for both makers and consumers

Only Hirtzberger, Alzinger, Knoll and FX Pichler are in th Wachau from David’s list. Gobelsburg, Bründlmayer, Hirsch are Kamptal and Nigl is Kremstal. 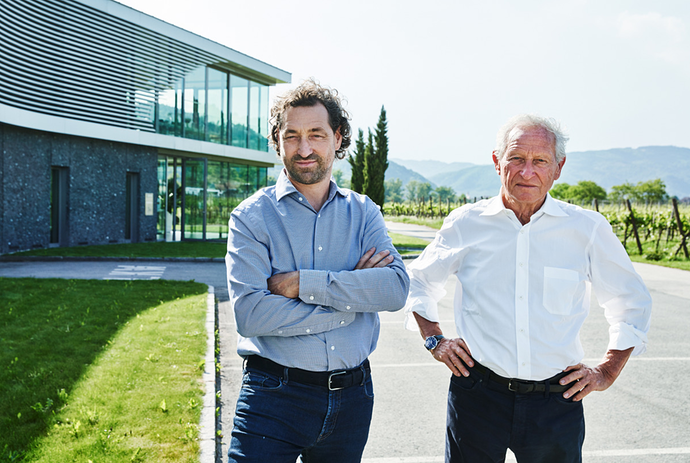 Renowned Austrian winery F.X. Pichler has left the Vinea Wachau association due to a disagreement over the continued use of old designations such as ‘Federspiel’ and ‘Smaragd’.

You could also ignore the designations, as wines from top producers at all the levels are very fine.

I believe the system has created a perception that the region values ripeness.

Germany presents a contrasting offering that is more attractive to some

Germany presents no such contrast.

I say that because Austria is one (though not the only) of my last refuges for great wine that is still largely available at reasonably affordable pricing. I started into Austrian wines back about 1999 or 2000, when @Jim_Cowan gave me some great advice on a few bottles to start out with from some offer I had received. Been buying and cellaring the wines ever since then, increasingly as the years went on. I remember trying 2001 Jamek Ried Klaus Smaragd on release and being blown away. When the San Francisco Wine House discounted it, I bought every bottle they had. I think I have one bottle left, still drinking beautifully. I sent a glass of one of those bottles to Raj Parr a few years ago at Quince.

Why isn’t it more popular? A fair number of people just won’t touch Riesling, for one. And the confusion with the more well known sweeter German wines is another (even though Germany has always produced far more trocken than sweet, to my knowledge; I had a German boss who loved wine, but if she handed me the wine list at dinner would scowl at me and say “don’t order anything sweet” lol.

In years past, I used to bring excellent Austrian Rieslings to wine lunches and dinners, but most folks would turn up their noses. I think because they didn’t know the wines, and frankly they were Burgundy snobs

As much as I love white Burgundy, I love Austria just as much.

I bought a little Gruner early on as well, but for some reason my Gruner buying faded. That was a mistake, because as I taste those aged Gruners, I wish I had more. So I’ve ramped up Gruner purchases over the past few years.

Can I just say how cool it is that while I was typing, I could see Arv’s post pop up?

My response was, “I totally agree. My explanation, and I have no idea whether this is accurate, is that there was such a push c. late 1990s/early 2000s to promote Grüner Veltliner in the US. As a result, GV became what most people associated with Austrian wine, even though the dry rieslings were always there. With the rise of GGs and the corresponding turn toward dry German wines, Austria still remained the land of Veltliner as a kind of shorthand, ie. Austrian (white) wine is GV, German wine is Riesling, even though that was never true.”

Sometimes, from a branding / market positioning perspective a wine region has to pick something they are known as being good for (varietal, style, etc.) even if it may not be their only calling card. Gruner was distinctive, and Austria had a comparative advantage there. With a mega producer like Wachau they could get mass market exposure, and educate consumers on their niche.

But growing beyond that, once the consumer/trade/agents have pigeonholed the entire region gets harder. Specialization is a double edged sword!

Totally unrelated, I’ve skiied (clumsily!) maybe 50-100 places in NA and Europe … best skiers I’ve ever seen anywhere on average were in Austria. (Not sure if it was the GV or the riesling that drove that though…)

Yeah, but there are more than a few 15% German trockens, so it’s not a differentiator.

Also the Wachau system was put in place before ripeness got on a runaway train.

It’s inexplicable. They’re the world’s best-value white wines and they age beautifully. At some point Prager or Alzinger or something will break out like Keller has in Germany.

My best shot at an explanation. In Germany, only Keller has really exploded among the dry Riesling. Schaefer-Frohlich, Emrich Schonleber, Donnhoff, and others are not all that much more expensive than the best Austrian wines. There may only be so much demand for high end dry Riesling.

Most inexplicable to me is the lack of love for Austrian Gruner, which can be mind-bending and which ages and improves forever.

I agree! Both with the marketing aspect (the Austrian wine industry’s largest regions pushed grüner veltliner as something distinctive, whereas the excellent riesling got a bit left behind), and the skiing level. Austria and Norway both have insane Winter Olympic medals to population ratios, but only Austria has wine!

Most inexplicable to me is the lack of love for Austrian Gruner, which can be mind-bending and which ages and improves forever.

Same here. The wine that turned me on to Austria was a 1995 Brundlmayer Grüner Veltliner Alte Reben. Stunning stuff. These days the Gobelsburg Grüner Veltliner Renner is my go to, and it NEVER disappoints.

BTW - want to save some pennies? Try Hiedler!

I think this is a good explanation. There was some hype when Veyder-Malberg came on the scene that it was going to be the “it” estate for Austria, but that never materialized and there is so much competition anyway. I am perfectly happy if nothing catches on like Keller, but the general lack of recognition of Prager and Alzinger vs. equivalent German estates is indeed inexplicable.