98 Fleur de Jaugue [St Emilion] Served cool, over 3 days. First day nose takes little while to open up. Medium bodied, garnet color, some lightening at the edges, but not yet orange. Raspberry and red fruit flavors. Elegant and well balanced, compared to some clunkier California wines over the last week. Later some coffee shows up in the bouquet. There is still a smidge of tannin here, surprisingly. Just a great example of how non trophy Bordeaux that are well made can age well in a good vintage. I was worried initially (before tasting) that it needed to be drunk up; I’m thinking my smaller 00’s have priority over estates like this.

Bought a case of the 2000 as a future. Not a bad wine but note quite what I had hoped. My TNs:

My prior notes include criticisms like some bandaid and bitterness at the back of the palate. All bottles from the same case. The negatives are all gone and it has settled down as a very nice wine. (89 pts.)

Had another bottle of this last night, or at least the first half of one. Lots of the espresso/coffee/hazelnutty aromas here. Easy drinking and doing well. 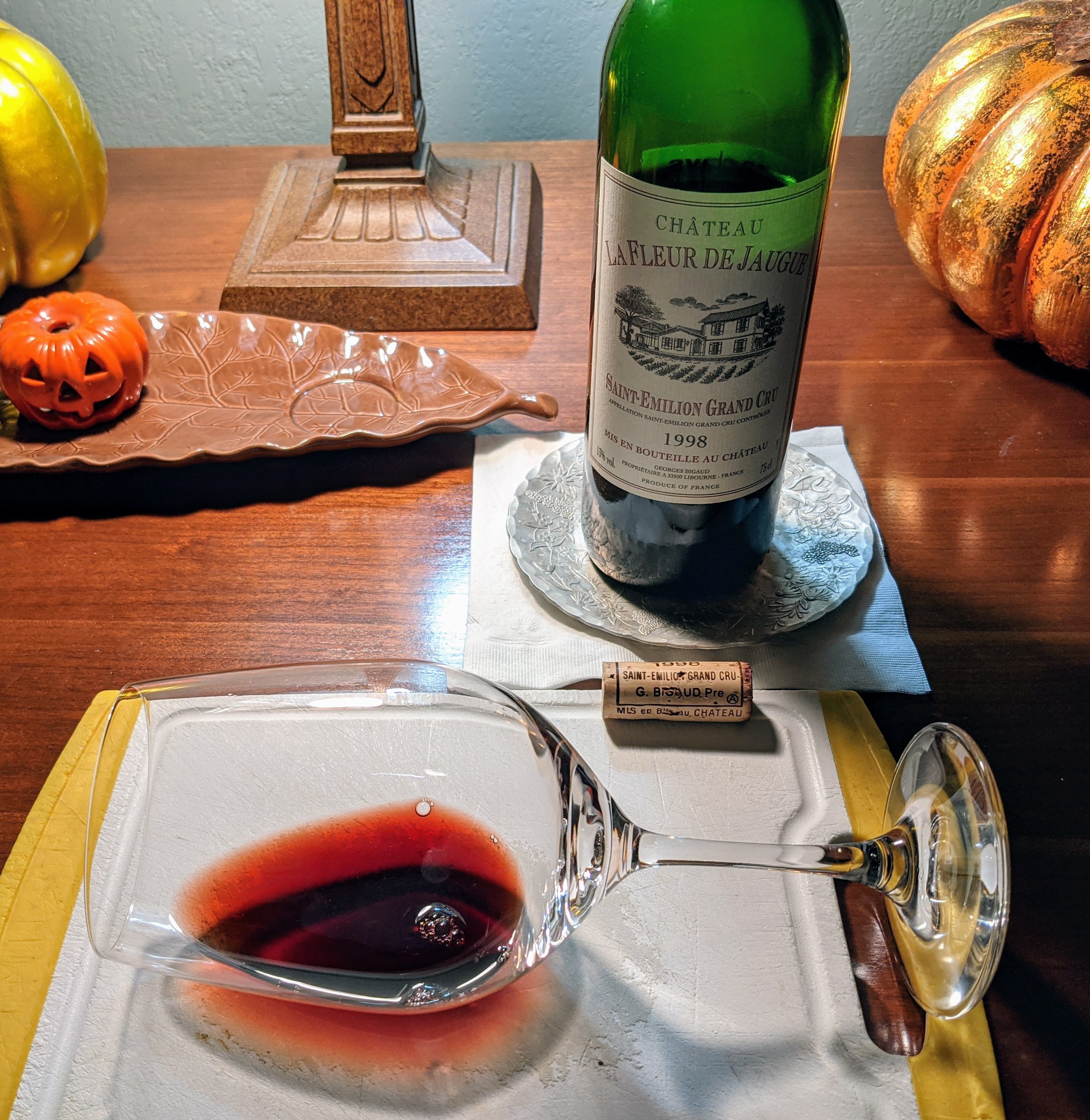 I opened another bottle of the 1998 Fleur de Jaugue [St Emilion] and its been shining for 3 days. 13% abv, lots of red fruit, medium body, tannins all melted away, and low acidity. It drinks very well without food as a ‘sipping a glass while reading a book’ relaxer. The first hints of orange are starting to emerge at the edges, but it doesn’t feel like its fading to me. We had a bunch of 50 and 60 year old St Emilions last weekend, which was a good reminder of how right banks in big years can age like Medocs in some cases. This was purchased from Zachys on release; I hardly ever see the estate around any more. A B+ in my ledger.