Do you produce a sparkling Riesling? Does anybody produce one in Germany? I ask because I don’t recall ever having seen one from Germany (and, actually, I think I’ve only ever seen one from anywhere).

Any thoughts on this topic, beyond a “yes” or “no” to my initial questions? I think sparkling Riesling could be quite enlightening.

Does anybody produce one in Germany? I ask because I don’t recall ever having seen one from Germany (and, actually, I think I’ve only ever seen one from anywhere).

Lots and lots of them over here, and some are very good indeed. 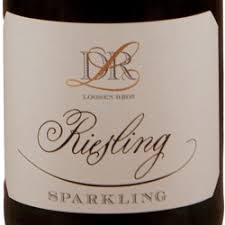 There is lots of sparkling Riesling in Germany. In fact, Germany is a huge market for sparklers. One out of four bottles produced in the world is consumed in Germany. http://schiller-wine.blogspot.com/2009/10/german-wine-bascis-sekt.html Sekt is made in all German wine regions, both in the méthode traditionnelle and charmat method. There are three groups of Sekt makers: (i) large and (ii) smaller Sekt houses, who only make Sekt and (iii) winemakers, who make predominantly wine, but complement their wine selection by a few Sekts. One of ma favorite Sekt producers, belonging to the third group and available in the US, is Barth http://schiller-wine.blogspot.com/2010/08/barth-primus-is-germanys-first-grand.html in Hattenheim.

Sparkling wines have a long tradition in Germany and before the French-Prussian war (1871) several champagne houses had been founded by German companies, which you often find still in the name like Mumm, Deutz etc. During the French-Prussian a lot of these German companies went back to Germany and founded a German counterpart, often in the Rheingau, like Mumm.
Riesling used to be a good base wine in these days, because Riesling has the right acidity, you need for sparkling wine. We do also a sparkling Riesling. For myself, I produce every year a barrel of single vineyard Riesling sparkling brut, which I keep for 20 years on the yeast. The recent de gorged vintage is 1990, a gorgeous Sekt which we love to serve as an aperitif!

I’d pay twice that. I’m not kidding. It’s that good.

Sparkling wine has a very long tradition in Germany. Before the French-Prussian war 1871 a lot of champagne houses were founded by Germans. Due to the 1871 war, a lot of these German owners had to return and founded new companies in Germany, often in the Rheingau. Therefore you find the names often twice as for example Mumm/Champagne as Mumm/Germany. Because of the pronounced acidity of the Riesling, this grape variety makes an ideal base wine for sparkling wines. We produce 4 different sparkling wines, a Dr L Riesling sparkling, Dr. Loosen Riesling extra-dry, as a very rare single vineyard with vintage only for our own consumption. We just recently dégorged our 1990 vintage, Graacher Himmelreich Riesling brut, beautiful as an aperitiv! The non Riesling sparkling from us is a Dr. Loosen Pinot Noir rosé, sparkling.

Totally worth it. One of the most interesting sparkling wines I’ve had.