Lots of things going on lately in wine country, including an early harvest, but I need a fix of Roy’s usual wine country wisdom - and updates on his vineyards and projects.

You should try tagging him (or anyone you want to know you are calling out, like this)

Todd, is that the style/form to use when tagging anyone on the site?

It’s all I’m the how-to threads but yeah, click @ and start typing the name

Well I’m certainly not @Roy_Piper but I’ll give a few observations - Definitely early harvest. Many vineyards are a week or 2 ahead of last year (which was early). Had lunch with Winemaker at Dana Estate yesterday who had just sampled their vineyard on crystal springs (lower Howell mtn) and he was at 23 brix, was told by someone who sampled dr crane Tuesday and it was at 24. My vineyard in Saint Helena was at 21 exactly a week ago.

Sauv Blanc and Chardonnay is already coming in steadily. Everywhere it’s pretty light tonnage (from the Russian river area is very very light). For example Ritchie Vineyard - have two buddies that harvested last sat and Tuesday. One contracted for 10 tons and got 4 and one contracted for 5 tons and got 1…

Quality seems very high across the board. Looking forward to Roy’s thoughts.

It’s still a little early to gauge quality. We could still have fires, which are always an issue and it looks like we will have at least two days over 105F over Labor Day.

But we can see trends.

Thanks @Roy_Piper. Good luck to all on the harvest and getting all the juice safely in the tanks.

Looks like September is going to be rough, both from a heat and fire danger perspective…Good Luck! 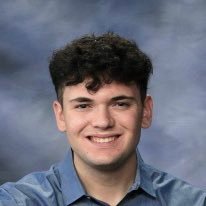 @US_Stormwatch
Latest model runs are showing the potential for a significant, prolonged heatwave to begin September in California. This strong of a heat dome would easily bring California's most severe heatwave of the summer while also rapidly increasing fire danger. Stay tuned. #CAwx #CAfire https://t.co/LvbLzXhGwd 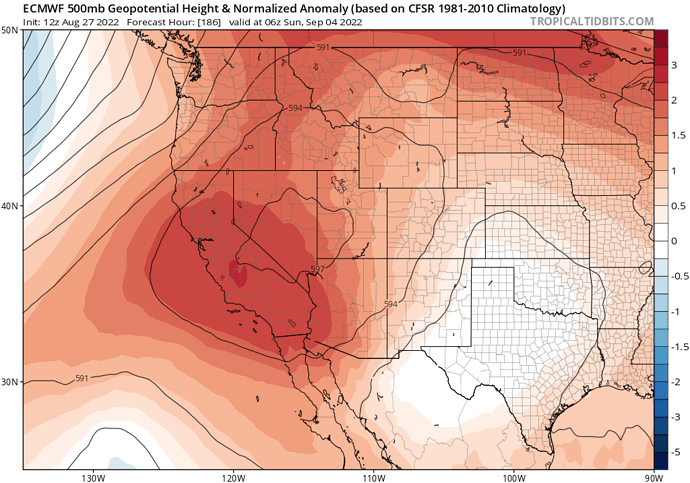 Interesting and thorough post @Roy_Piper Appreciate your continuing to take time to be engaged here. Always learn something.

I thought @Adam_Frisch said that he could get you some American barrels.

I thought @Adam_Frisch said that he could get you some American barrels.

This weekend calls for 100+° temps Saturday, Sunday and Monday. Getting to mid 100s. Pinot people are freaking out. I have a friend with old vine Zinfandel in the Olivet Rd area who has a crew leafing this week and now the fruit will be exposed to direct sunlight with blazing heat. You have to take the crews when they are available though.

we started 2 weeks ago with our RRV Pinot and some Dry Creek Sangiovese for a Rose… both those lots came in wacky with 27 / 25 brix. Sonoma is/was further along than Napa for sure. Napa took awhile to get through veraison… though this heat we have coming up is going to be interesting. Our young vines we have in Calistoga will be coming in this week. Already 25b. Dry Creek Zin isn’t quite ready yet - not even close enough to bring it in before the heat. You don’t want to pick in the middle or right after a heatwave. Just ride it out. I’m more worried about our dry farmed zin. If it’s 24 with a 3.3-3.4 I’d say bring it in. It would just get fried otherwise. The new chard vineyard I found this past spring has a nice canopy going so it can hang through - the other chard vineyard is more exposed so we are bringing that in.

Yields are down considerably - much more than 10%. More like 30%. What was supposed to be 6 tons of SB from Yountville ended up being 3 tons. 9 tons of RRV Pinot turned into 7. 5 tons of Sangio turned into 3.5. I think Napa is going to be a mix bag yield wise. The floor looks pretty good, but the hills look rather light. The spring frost did a good job up in the hills.

I’m expecting Cab to be picked at around the same time as last year - which was a good 2 weeks earlier than normal for Calistoga at least. 3rd - 4th week of September. Luckily I’m on an old 40 year old vineyard planted to St George. Haven’t had to water yet this year - though I was talking with the vineyard manager today about maybe giving it a good drink before the heatwave…

Barrels… still waiting on about 80 new barrels to arrive. All backed up at the port. I’ve been told they’re months behind. Good times…

We are in the third year in a row of a dry ice shortage… but this year is the absolute worst. Took me 2 weeks to get a tote.

Next week will be an inferno in California.

Yup…some forecasters are predicting record heat for next week…

Yeah the heat starts Thursday. Looking at this now…

Ouch. This is actually about the same as Labor Day week in 2017 and 2020. We are laying the water on the vines between now and Friday.

Brix can rise if the vines struggle, but flavors do not improve. Above 95F the vines shut down. Any brix gain is just dehydration, not flavor.

Usually after this wave it cools back down some.

A little peek into the Lodi and Santa Barbara areas: Lodi is basically 2 weeks ahead of last year, which was also hot. I’ve already brought in 70% of all my Lodi fruit, including most of the Zin (bar one). Pick another 2 picks on Thursday morning. Never had an Aug this busy and with these many picks.

Santa Barbara however, is at least 6 weeks to go.

Roy’s latest blog video does a great job of describing the 22 vintage. More or less 4 different vintages in his words.

Here is link to the video.