In the last 48 hours I have confirmed from multiple sources that Rudy Kurniawan is once again offering millions of dollars worth of wine for auction – this time at an auction to be held in London on February 8 by Spectrum Wine Auctions (based in Orange County California) and Vanquish Wine Ltd of London. Mr. Kurniawan’s wines were officially consigned through an agent – one Antonio Castanos – who is known to have acted on Mr. Kurniawan’s behalf in selling wines to third parties since the infamous Acker Merrall auction held on April 25, 2008 in New York. At that auction, a large number of Domaine Ponsot burgundies were withdrawn on the day of the sale at the request of Domaine Ponsot, which said that all of the bottles in question were fraudulent.

I was first alerted to the problem when two East Coast burgundy collector friends of mine asked if I had seen the February 8 Spectrum/Vanquish auction catalog. They were concerned, based on the fact that auction catalog contained numerous old vintages of high value DRC wines and first growth bordeaux, many in magnum, jeroboam and even bigger glass formats, that Mr Kurniawan was once again offering wines for sale. Upon further inquiry, multiple sources confirmed that Mr. Kurniawan is the source of the wines in question, including, late today, the auction house itself after I called to ask questions and confronted them with the information I had obtained. I also provided Spectrum with a lengthy list of DRC wines (the only wines from the catalog that I examined) whose authenticity I question based upon apparent discrepancies on the labels, strip labels and neck labels when compared with bottles I have personally owned in the past, and bottles sold via other auction houses. I also reported some discrepancies concerning the bottle numbers which appeared on some of the DRC bottles, information that one large bottle of DRC bore the same bottle number which had been sold twice previously at Acker Merrall auctions, including the Cellar II auction, and information that the case of 1966 DRC Romanee Conti in the auction had been previously pulled out of an auction catalog by another Southern California auction house on the grounds that its authenticity was in doubt. I will continue to look at the catalog for other discrepancies as time permits. Given the large number of problems I observed on the DRC bottles, and the fact that Spectrum and Vanquish elected to proceed with the sale without disclosing that Mr. Kurniawan is the key seller in the auction, late this afternoon I demanded that Spectrum and Vanquish halt the sale of Mr. Kurniawan’s wines. I have not yet received a response. The relevant decision maker is allegedly on his way to London to attend the sale as this is written.

As most of you are aware, Mr. Kurniawan sold tens of millions of dollars worth of wine in the auction market since at least 2004, including over $26 million in two auctions held at Acker Merrall in 2006 referred to as “The Cellar I” and “The Cellar II.” Acker Merrall eventually refunded millions of dollars to wine collectors who purchased wines in those auctions and demanded refunds on the grounds that they believed the bottles they purchased were not authentic. Acker subsequently obtained a $10.4 million consent judgment against Mr. Kurniawan.

There are at least two known prior instances in which bottles offered for sale by Mr. Kurniawan were withdrawn from auctions at the request of the domaines whose names appeared on the labels because the wines were not believed to be authentic. In addition to the Domaine Ponsot wines in the April 25 2008 Acker auction, a lot of six magnums of 1982 Le Pin which was offered by Christie’s Los Angeles in its April 27, 2007 auction catalog (and featured on the cover), was withdrawn at the request of Chateau Le Pin. Well known wine collector William Koch has filed a lawsuit in Los Angeles Superior Court against Mr. Kurniawan alleging fraud and other claims in connection with several bottles of wine which Mr. Koch purchased at auction which were consigned by Mr. Kurniawan and which Mr. Koch contends were knowingly and fraudulently mislabeled. That litigation remains pending.

I have been told by Spectrum that there are other consignors whose wines appear in the Feb 8 auction in addition to those of Mr. Kurniawan, but I do not have a list of of the lot numbers which belong to other consignors.

Given Mr. Kurniawan’s previous history, I find it unbelievable and inexcusable that Spectrum and Vanquish chose to offer Mr. Kurniawan’s wines at auction at all – let alone without publicly disclosing his ownership. Richard Brierley, the Head of Fine Wine at Vanquish, is quite familiar with Mr. Kurniawan and his history by virtue of his prior employment at Christie’s New York. The bottom line is – BUYER BEWARE!

Thank you for this, Don. I have not previously heard of Vanquish wines. Have you contacted the Mandarin Oriental hotel where this taking place? if not I think they should be informed. I should be happy to do this but feel that you may be able to forward to them some of your own correspondence more effectively!It certainly looks most unusual to say the least.

Thank you for this, Don. I have not previously heard of Vanquish wines. Have you contacted the Mandarin Oriental hotel where this taking place? if not I think they should be informed. I should be happy to do this but feel that you may be able to forward to them some of your own correspondence more effectively!It certainly looks most unusual to say the least.

Vanquish is new – at least to the wine auction scene. Their company bio says they started as a wine retailer in 2004. This is apparently their first wine auction.

Here is an excerpt of Richard’s bio from the Vanquish website: “Prior to joining Vanquish Richard was working at Christies for seven years as the Vice President, Head of North American Wine Sales.” Richard was the head of North American Wine Sales for Christies at the time of the April 27, 2007 auction by Christies of Rudy Kurniawan’s wines in Los Angeles, and during the period from 2004 though 2008 when Mr. Kurniawan sold wines in multiple auctions held in New York at various auction houses, including Acker Merrall, Zachy’s and likely including Christies. I know for sure that Mr. Kurniawan attended tastings at events at Christies NY during Mr. Brierly’s tenure. I’m not clear as to precisely when Richard left Christies NY. It was either just before or just after the last two known Rudy Kurniawan auctions which were by Christie’s NY in October and November of 2009. It is beyond dispute that Mr. Brierley knows Rudy Kurniawan and knows his auction history quite well. That is one of the things I find so disturbing here.

I haven’t contacted anyone from the hotel, but if you’d be willing to forward them a copy of what I’ve posted above, I think they’ll get the picture.

For anyone interested in seeing for themselves, here is a link to download a PDF copy of the auction catalog: http://www.spectrumwine.com/downloads/catalog/132/offline/download.pdf

Thanks Don for the public service here.
I am not in the market for those wines but those who are need this kind of information.

Thanks again for the heads up…


Important given the wines that someone stands up for their provenance…or in this case, their distinct lack of…

In any other industry, such behavior would not be tolerated at all.


Very poor form also ultimately by the auction house, which will end up sullying their name because they haven’t actually done the sort of due diligence which should really be mandatory in this situation…

Many thanks Don.
Perhaps we can also read something into ‘why would US companies ship wine all the way to London to be auctioned under an auctioneer’s banner that no-one in London has ever heard of, rather than the same in a place of their own legal jurisdiction?’ Or maybe it’s better to replace that final word with ‘liability’.

I think I’ll just sit back, relax and watch the impending car crash. Reminds me of Flounder’s great line, “Oh Boy, this is gonna be great.”

Everyone should be careful of libel, too! Far different standard for that in the UK, versus US. (another possible motivation?)

Rudy…Rudy…where have all the accolytes gone? There used to be so many on these boards…following, receiving and defending his shtick …and him. Where are they now…and what are they saying? Some pretty famous names, too.

Thanks for the head’s up, Don…though only of interest theoretically, for me, Don, as I haven’t ever bought at auction. I sure wouldn’t want to dive in on this one. I might taste soapsuds in the wines, as Kevin did at the dinner in NY on his thread. https://wineimport.discoursehosting.net/t/tn-spectrum-wine-auction-dinner-nyc-including-drcs-in-tainted-glasses/56513/1

Not sure I’d be happy to have been “invited” to that dinner…for many reasons.

Thanks for the Caveat Emptor.

I received a telephone call this morning from Jason Boland, the President of Spectrum. Mr. Boland insisted that Rudy Kurniawan was not a consignor in the auction. I pointed out that technically Antonio Castanos had consigned the wines, but on behalf of Rudy, and that his own employee, who is a “Consignment Director” that I’ve known for many years, had confirmed that information to me. Mr. Boland insisted that the information reported to me was “privileged and confidential” and that the employee who had confirmed that Mr. Kurniawan had consigned wines for the auction through Spectrum was not authorized to tell me this information. Mr. Boland thanked me for providing a detailed list of issues with various lots of the DRC wines, said that Spectrum would further investigate them, and reiterated his view that Mr. Kurniawan is not a consignor in the auction.

About five minutes later I received a call from the Spectrum “Consignment Director,” who told me that he “had been advised to retract” his statements to me yesterday confirming that Mr. Kurniawan has consigned wines for the auction.

Well, I guess I can cross another auction house off the list. Thanks for the heads up.

For anyone interested in seeing for themselves, here is a link to download a PDF copy of the auction catalog: http://www.spectrumwine.com/downloads/catalog/132/offline/download.pdf

I’m glad the things I can afford to buy are not worth faking…yet. When they start counterfeiting Gallo Family Vineyards SB at $5.99 per magnum I guess I will have a problem. Oh wait… weren’t they faking Yellowtail in England? Uh oh…

Wow, if Spectrum knowing accepted wines from Rudy that are suspect and are trying to hide, or I should say minimize, who’s cellar these are coming from and their prior history of possibly being fake, it doesn’t bode well for this auction houses’ credibility.

I think I’ll just sit back, relax and watch the impending car crash. Reminds me of Flounder’s great line, “Oh Boy, this is gonna be great.” 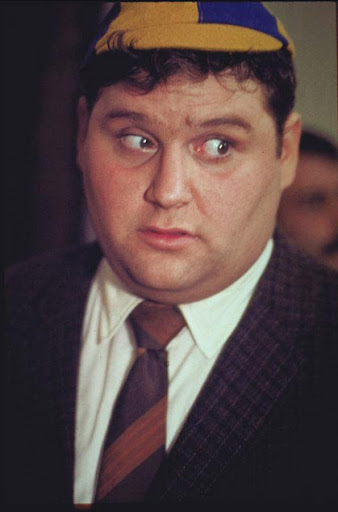 I rather think I might go along. Could be fun.

Wow, if Spectrum knowing accepted wines from Rudy that are suspect and are trying to hide, or I should say minimize, who’s cellar these are coming from and their prior history of possibly being fake, it doesn’t bode well for this auction houses’ credibility.

Just Curious If any bottles found to be fake and the buyer can prove that the house took the wines knowing that this was a possibility and does not disclose this information what liability can they be held accountable for should the buyer want to push it? Would love to get thoughts from the legal guys here.