Surprised this has not been posted here yet. The Facebook posts created by Adam Lee and others have been quite fun to read. 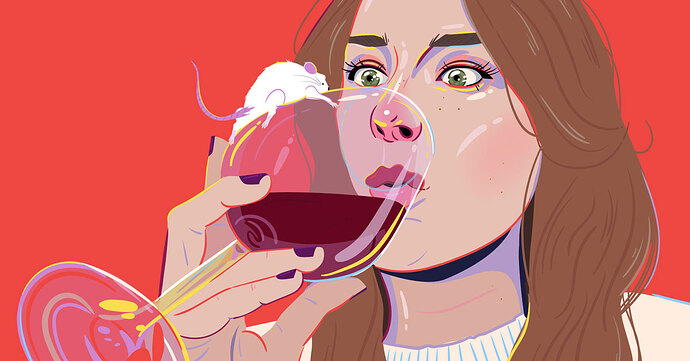 The Wine Flaw of Our Times

Mousiness in natural wine is a flaw as pervasive as it is misunderstood in modern wine culture.

I’m a bit skeptical that if mouse is bacterial in nature that it can ever truly “resolve” itself (by interacting with…what?) if you just exercise enough patience. I know a friend who works for an importer, and one of their (really good!) producers decided that the natural-ish but clean sparkling wine he makes every year would be done sans-soufre this particular vintage because the fruit was in such good condition. It arrived in March or so incredibly mousy, and little has changed since despite him opening a bottle every 2-3 months. It tastes like corn chips with an endless frito finish.

Yep, there is zero scientific proof that it goes away - but if your main business is selling natural wines, as the author of the article is, well, you qant folks to believe so . . .

I drink a little bit of natural wine, I do like it. Been lucky enough to never experience mouse yet.

Corn chips/Fritos is so much more of an accurate description of the taste/smell than “mousy”…I’ve never smelled a “mouse”, but I’m pretty sure they don’t smell like Fritos. I also understand the “vomit” descriptor–sometimes reminds me specifically of “beer vomit” (or, even better, “Fritos n’ Beer vomit”.

Just another reason to not buy a “natural” wine. Seems like there’s little upside and plenty of downside.

I drink and cellar a lot of so called “natural wine”. Been doing so for six years now. Why? Because there is a ton of good wine in this category.

But I’ve yet to see mousey issues disappear over time in those bottles that had issues early on. Longest between tasting them has been around three years. Would be suprised if it was suddenly gone after more time than that…

I drink a little bit of natural wine, I do like it. Been lucky enough to never experience mouse yet.

According to Jamie Goode’s book on wine flaws, about 30% of the population cannot perceive mousiness, so you may well fall in that group. I suspect that figure also goes a long way to explaining the tolearance for mousiness in the low sulfur world.

I don’t mind mousiness in natty wines if that’s what I’m smelling when I smell dank furiness. I kinda like that.

What I can’t stand personally is what I refer to as that “corn chip fermenting inside a chicken’s butt” aromatic. I find it awful and impossible to get around. It’s not prevalent in all natural wines by any means, but some producers have it in spades, like Scholium wines. Friends of mine really love those, but I just can’t get past that profile.

Once you notice it, it’s really one of the worst wine faults there is. I have had a corked wine (more than just a hint of it) with such great quality that I somehow could enjoy the wine, shed a tear about how beautiful it would have been had it not been corked. Mouse there and it’s game over, hideous.

I’m convinced it’s not something that goes away. Have a few bottles of a 2011 of a producer that you have to chug faster then … (insert the name of your friend that gets through that first beer within a minute or two), or the mouse is there. Opened the last bottle in September - tannins are close to gone, fruits starting to fading, yet the mouse is as fast as when I first bought the bottles.

another observation is that the better minimal intervention producers/growers don’t seem to have issues with mousiness.

I drink a lot of ‘natural’ wines and whenever I come across mouse it tastes like the smell of bile to me - really hard to get around once it comes out. Most bottles I have are fine, and maybe once every two months I’ll open something that’s mousey (and typically a cheaper bottle). That being said, I also find that in the $20-30 wine I’m much more likely to find something that I really enjoy in the natural camp than in the more conventional camp, so putting up with an off bottle every once in a while is fine.

I am lucky enough to call John McCarroll a friend, I enjoy the hell out of his company and he has sold our wine in New York for a decade. His article is, unfortunately, apologist drivel. This missive on mouse (from another old friend, Jeff Segal, owner of the DC pioneer natural wine shop Domestique) is a much better take on it: 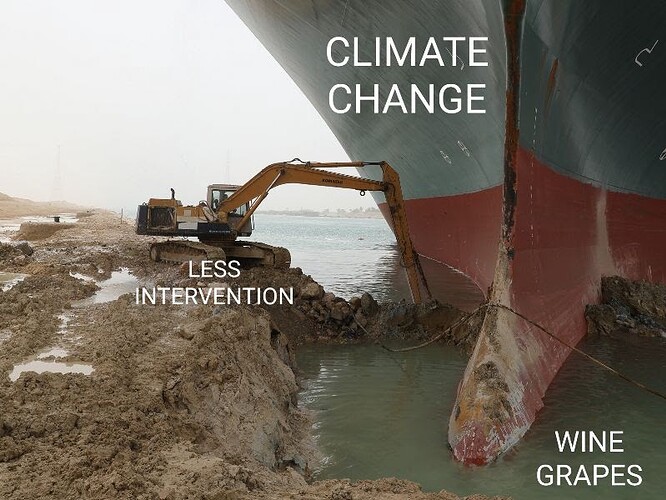 Why does every wine taste mousy now?

There’s something that’s been taking up space along the margins of my sanity over the past few years. It began in earnest in 2016. Every…

Probably the most salient idea in Jeff’s piece is his assertion that the natural winemakers who have learned their terroir no longer have mouse, regardless of sulfur usage. That’s probably a better take than blaming the importers for not holding the wine long enough.

There’s tons of upside. Is there downside? Yes. But no more downside than just picking a random bottle of ‘conventional’ wine. I work with retailers, wine bars and restaurants I trust, and the hit ratio is very high.

I don’t mind mousiness in natty wines if that’s what I’m smelling when I smell dank furiness. I kinda like that.

What I can’t stand personally is what I refer to as that “corn chip fermenting inside a chicken’s butt” aromatic. I find it awful and impossible to get around. It’s not prevalent in all natural wines by any means, but some producers have it in spades, like Scholium wines. Friends of mine really love those, but I just can’t get past that profile.

I drink a lot of ‘natural’ wines and whenever I come across mouse it tastes like the smell of bile to me - really hard to get around once it comes out. Most bottles I have are fine, and maybe once every two months I’ll open something that’s mousey (and typically a cheaper bottle)…

The distinguishing thing about mousiness is that you only experience it retronasally – only when you swallow. You won’t get it sniffing the wine or swirling it your mouth. That’s because it has no aroma at the pH of wine, but after it’s in your mouth, the pH changes and you get the smell and taste as the wine goes down. Yucck!

I wouldn’t describe it as “furriness.” It really does remind me of a dirty mouse or gerbil cage. I can see the smell of bile, too, though that hadn’t occurred to me. Goode says it can also come across as something like the smell of crackers, but that’s far too kind/positive in my experience (unless the word has a different sense in British English).

I’m happy to say I have no idea what “corn chip fermenting inside a chicken’s butt” smells like. And you have my sympathy if you do.

More discussion here for those who haven’t seen it:

My first introduction to natural wines (since I didn’t know what I was doing) was filled with mousy garbage but I have certain fellow Berserkers to thank for reintroducing me to the category with some life-changingly good examples. And so it was that a few weeks ago a few random texts coalesced, unexpectedly, into a plan to check some natural wines off our bucket lists. They were accompanied by a capable supporting cast of un-natural wines in half bottles, and led us to the promised land if only…

Nearly any other wine fault this article could have been written on I could have seen some sort of upside to, unless it was TCA. Unfortunately apologetics for mousiness are absolute nonsense and this article read in a very strange, twisting way.

Mouse taint is truly the worst thing I’ve ever had in my mouth, and there’s no possible way someone can convince me that it’s an enhancing characteristic of wine in any capacity.

I agree with OP, the Facebook discourse has been entertaining to say the least.

I’d like examples of producers that started mousy and it went away. Aside from random small sample sizes.

Sorry I went off on your IG page, Charlie. I may be more ticked off after reading that stupid article than you are. What a bunch of (mouse) crap.

Yes, that article is total garbage. Interview people who sell natural wines so they can make a completely unsupported claim that mousiness goes away. If anything, my experience has been that it intensifies over the first few years in the cellar. I’ve seen that happen enough times to make me stop buying certain producers completely, and to avoid any wine that tastes the least bit mousy on release. I have never seen it go away, despite having put quite a few natural wines away to age.

Oh, and it’s the importers’ fault for not holding the wines for a year before selling!

Yes, the article seemed like a mix of some genuinely researched portions with dubious self-serving anecdotal remarks from folks in the natural wine camp.