Greetings Berserkers!
Stellareese Wine is a husband wife produced wine brand in the Napa Valley, specializing in predominately single vineyard Cabernet Sauvignon and Grenache. Our production is just over 300 cases per year.

Rachel Stellareese Davies grew up in Calistoga, at the North end of the Napa Valley. Geoff Davies Grew up in St. Helena, the next town over. Stellareese Wine found its genesis in the cellars of T-Vine where Rachel learned to make wine from her friend and mentor Greg Brown. In 2007 Geoff and Rachel sourced fruit from a 2 acre vineyard on the Valley floor in Calistoga that formerly was sold exclusively to Chateau Montelena for their reserve Cabernet. Since 2007 Marcey’s Vineyard has been the backbone of the Stellareese Wine project. Rachel made Stellareese through the 2012 vintage.
Geoff’s passion for nature, wine and to pursue our dream of growing Stellareese led him to a career change in early 2013. Geoff began working for Thomas Brown at Outpost Estate and making Stellareese along side some of the most sought after wines in the US; Schrader, Maybach, Casa Piena, and Outpost among others. for the last 5 years Geoff has been handcrafting Stellareese wine at this state of the art facility on Howell Mountain and has taken our wine project to new heights.

In 2016 we were fortunate to procure a small amount of Grenache from Paras Vineyard on Mt Veeder. We made just 2 barrels of 100% whole cluster Grenache. In 2017 we added another beautiful mountain grown Grenache made the same way.

Our intention is for all of the wines we make to convey the passion we have for this part of the world and represent the land from which they are produced.
We are honored to be a part of this forum and to share our wine with you on Berserkers day! 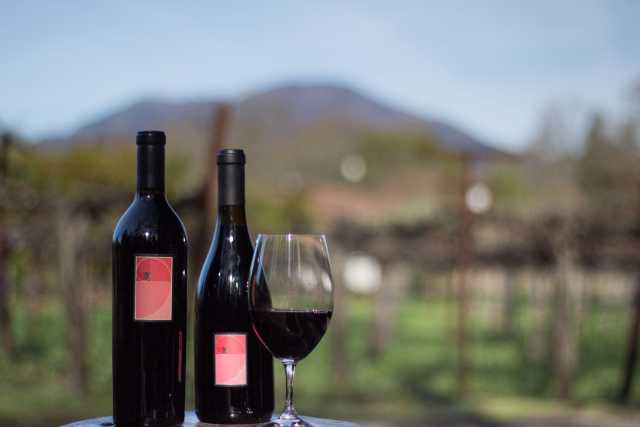