What happens when you have one stressed out lawyer and a bottle of wine at the end of a long day? A happy lawyer. Now, what about when you mix three stressed out corporate lawyers, a family vineyard, and a shared passion for wine, food, and family?

May I present to you, Cardinal Rule Wines. 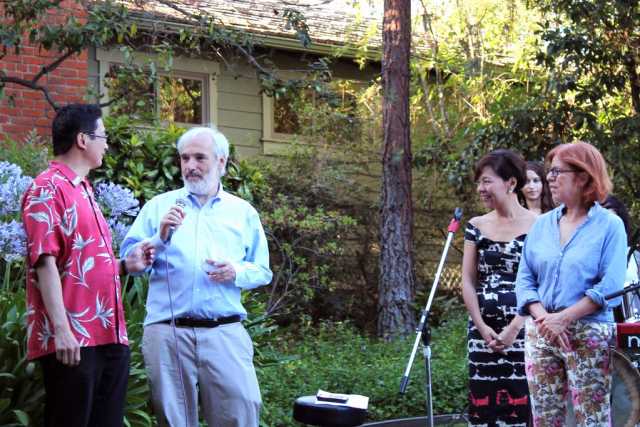 Our story began in the early 1980s when Stephen and Leslie Scharf fell in love with Healdsburg and purchased five acres to build a vacation home. Stephen, a farmer at heart, decided to plant grapes and make a wine called Everest (so called because if you drank enough of his wine and squinted real hard, one of the hills on his property looked like Mt. Everest). While planning the vineyard, Stephen also discovered his hidden talent as a dowser and found the artesian well that supplies water for the property. Fast forward 30 years to 2013 where Stephen’s family joined with his former law firm colleagues Warren Loui and with Sue Akens and their families to found Cardinal Rule Wines. 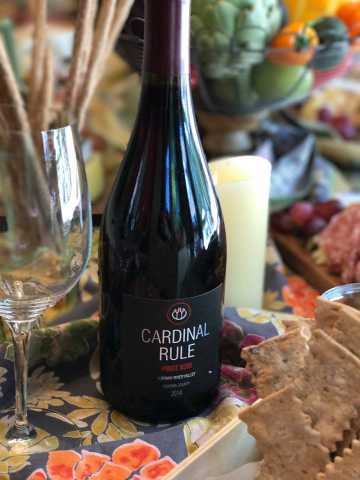 Our total production through the years has ranged from 500 to 2000 cases. We mostly sell through our mailing list, although we can be found in restaurants in Manhattan Beach and downtown Los Angeles, as well as in Washington, Indiana and Illinois. Because of our relatively small production, we currently are only able to ship directly to consumers in Alaska, California, the District of Columbia, Florida, Minnesota and New York, however we are working to obtain licenses to ship to Illinois and Texas.

We are excited to be participating in our first Wine Berserkers Day and will be putting together several fantastic packages to introduce you to Cardinal Rule Wines.

At the end of the day, we believe it all comes down to one thing, “drink what you love, love what you drink.” That’s our Cardinal Rule.

Warren, looking forward to restocking through this offering. Been enjoying both the pinot and cabernet.

I’ll be looking for your offering