Lake Garda is Italy’s largest lake and the least popular among american tourists. I’m not sure why, the place is amazing. Heck, even Rick Steves hasn’t done an episode on Garda, big mistake. But Garda is very popular with the Germans, I mean REALLY popular as probably 80% of the visitors were German and the rest were eastern European and a few Americans/Brits.

Riva del Garda We decided to use the village on the very northern end as a base camp. Most people that want to travel the entire lake will stay in the village of Garda or Bardolino because they’re centrally located making travel by ferry between the villages easier and shorter for day tripping. We didn’t visit either of those villages for no particular reason.

Riva is surrounded by steep cliffs and mountains, the entire area is very focused around activies like kite surfing, mountain biking, hiking, paragliding, etc. Lots of outdoor activities and we happen to be there during a mountain bike festival so there were 1,000’s of riders crusing around the roads and trails. There’s a great hiking trail right in town that cut through the rock face over the water, it’s the orginal road and still have a few WWI hideouts and bunkers. Plus, there’s a bar on the trail… Ah Italy.

The town has a nice old walled area around the water and is easily covered in a couple of hours. It’s not the jewel of Lake Garda but we enjoyed the less touristy aspect. I’d say Riva is more your working man’s Garda versus places like Malcesine or Sirmione. Suprising to me, there’s quite a bit of locals running around at night after the day trippers have moved on.

Sirmione - This is on the southern end of lake and we decided to take the bus from Riva. Very cool place on a pennisula sticking out into the lake. Has the classic old world cobblestone streets, castle, 100 gelato shops, and the ruins of the largest private residence in Italy. This place sees a lot of visitors as it’s on the way from Milan to Venice so the trains and buses are constant. Seems popular with the lifestyles of the rich and famous, the opposite of Riva. We took the fast ferry back to Riva which took about an hour with only a few stops. The views from the water are incredible.

Malcesine - good lord, this place is stunning. Old world, great restaurants, photographers dream, old castle. It gets busy during the day, but it’s surprisingly laid back for how incredible it is. We should have stayed here.

Limone - jumped off the boat here on the way back to Riva. Think Sorrento gone bad with all the shops selling lemon dishes, limoncello, and junk. Most people rave about Limone and do it together with Malescine as they are right across the lake from one another, but for us this is an easy pass. However, there are some cute qualities about it.

Food - They eat a lot of pizza, pasta, and gelato. Cigarettes and espresso for breakfast and they’re good to go.

In Riva we had a couple of really nice meals

I Momenti. Georgio is the owner, a wine dork, and a perfectionist. He’s a wineberserker in spirit. His place is really dominated by locals as he was born in Riva and knows everyone. He treated like one of his friends and would introduce us as “my friends from California” to the locals. Great selection of local wines and he has an excellent palate.
https://www.tripadvisor.com/Restaurant_Review-g194883-d10314525-Reviews-Enosteria_I_Momenti-Riva_Del_Garda_Province_of_Trento_Trentino_Alto_Adige.html


Pickadilly - crazy name, not sure the reason for it. They speicalize in bruschetta but it’s like nothing you’ve had before. It comes as a single slice of bread the size of a large pancake and lots of interesting toppings.
https://www.tripadvisor.com/Restaurant_Review-g194883-d4271869-Reviews-Piccadilly_Bar-Riva_Del_Garda_Province_of_Trento_Trentino_Alto_Adige.html

Are you a programmer? Reminds me of writing code, and defining a subroutine that just returns

Are you a programmer? Reminds me of writing code, and defining a subroutine that just returns

Right now I’m using a lot of GOTO’s which just jump around a lot.

Tomorrow I start writing. It’s been go go go but now there’s some down time to catch up. 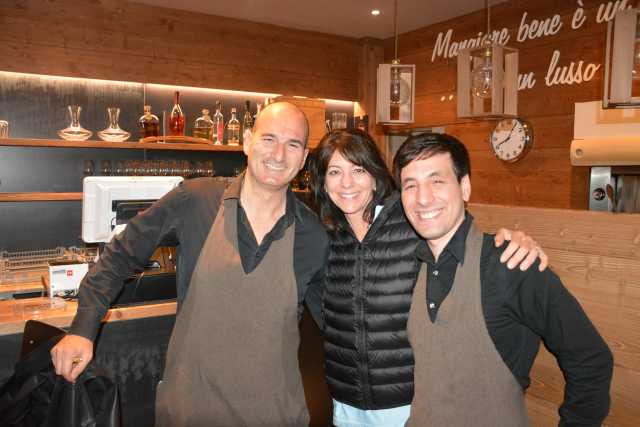 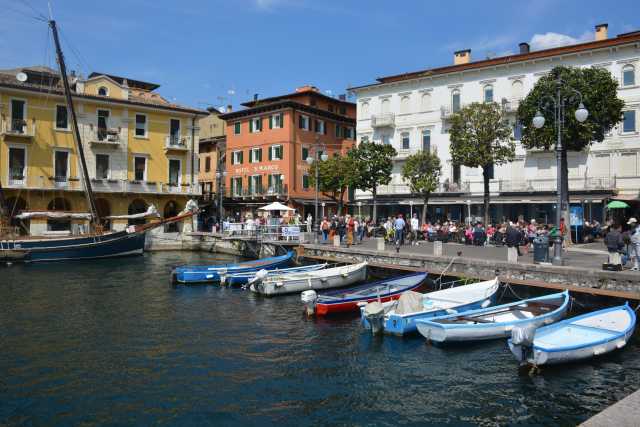 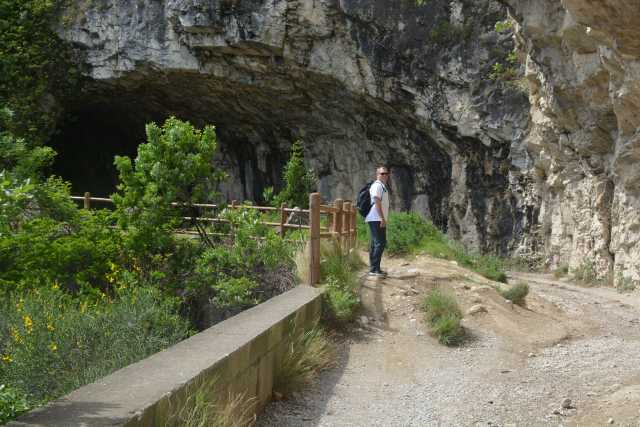 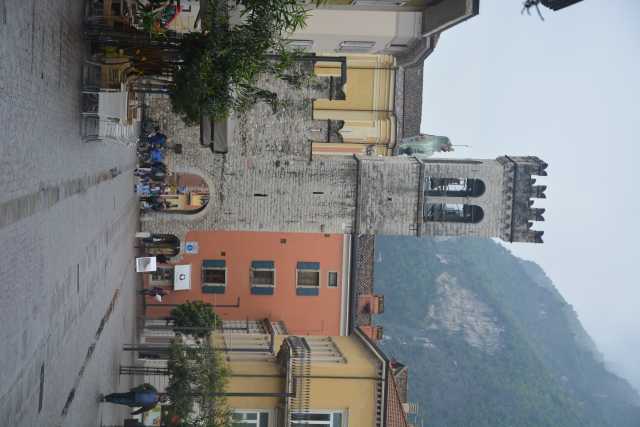 Thanks for the report. Will be there in a couple weeks, staying in Riva. Will check out I Momenti - we were looking for a nice casual spot since most other meals will be fine dining. 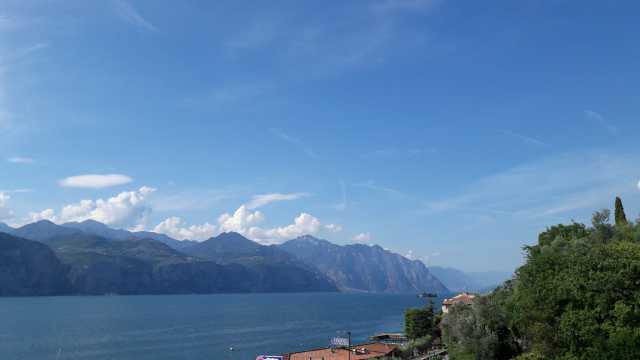 Just got here. Just as beautiful as two years ago, but less traffic.

@brigcampbell , just returned from a 5-night visit to Lake Garda and your description from 2017 is dead-on. We stayed in Malcesine, a decision influenced by your comment in the original post, thank you. The lake is spectacular, and we had a rental apartment with a wonderful view across the lake towards Limone, and from which we could watch the swarms of windsurfers, kiteboarders, wingfoilers, and paragliders. Purpose of our visit was to relax following our 7-day self-guided rifugio-to-rifugio hike of Alta Via 1 in the Dolomites (originally planned for September 2020) so we only visited Bardolino, Limone, and Riva del Garda. One beautiful day we took the funivia up Monte Baldo and hiked along the crest, with great views all along.

When we travel the focus is not on wine, so I don’t have much to report there. With the very good seafood at ristorante Al Bacio in Malcesine we had a bottle of a local white from the Lugana region, Ottella Le Creete, which was excellent and a great match. Other than that usually just had the vino della casa. 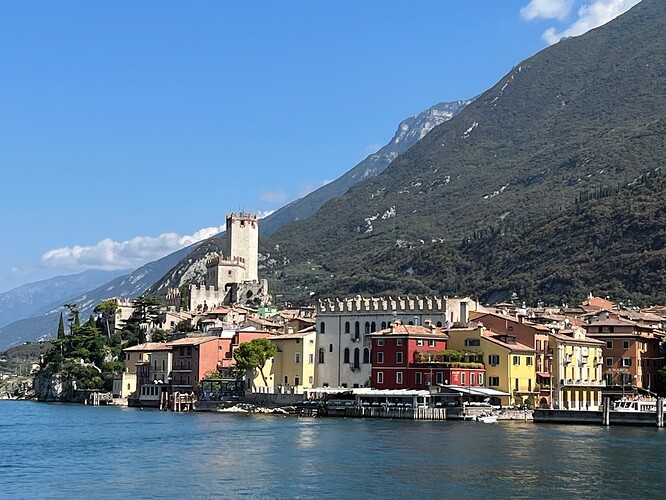 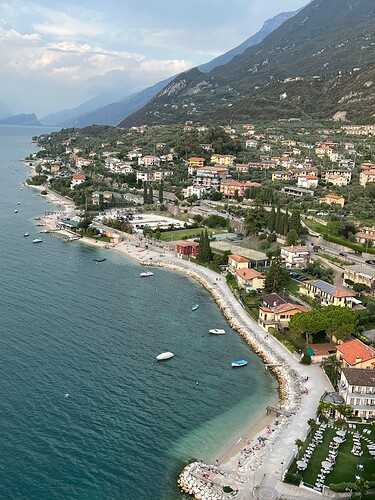 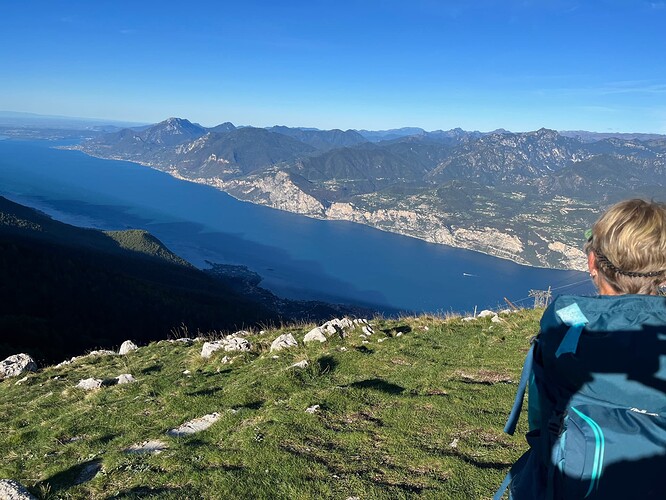 Also just returned from there and had an amazing stay at the Lido Palace in Riva, plus a night at Rifugio Marchetti on Monte Stivo (photos attached), which was a challenging 2hour+ hike up from the end of the road at Malga Campo. Would highly recommend both. We did a bit of biking, hiking, walking - the Ponale and Torbole trails were both really nice. Took the ferry to Malcesine, and also hit Salo and Sirmione by car.

Jealous of your Dolomites rifugio stay, as we tried to do a bit of that on our last trip there several years ago but were thwarted by storms hitting the area. I put some food-focused comments in another thread in this forum. 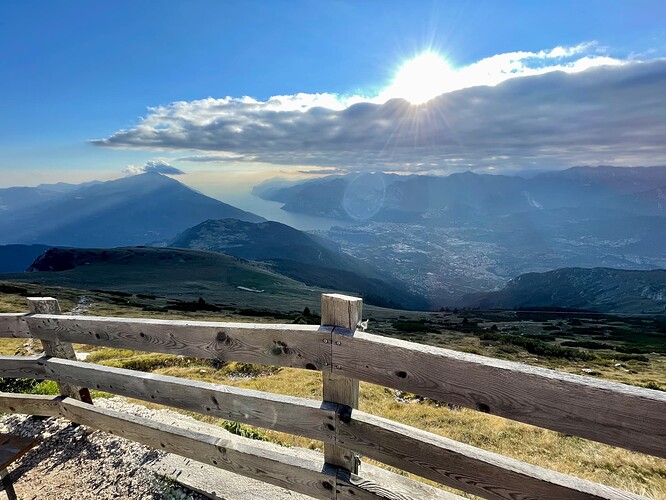 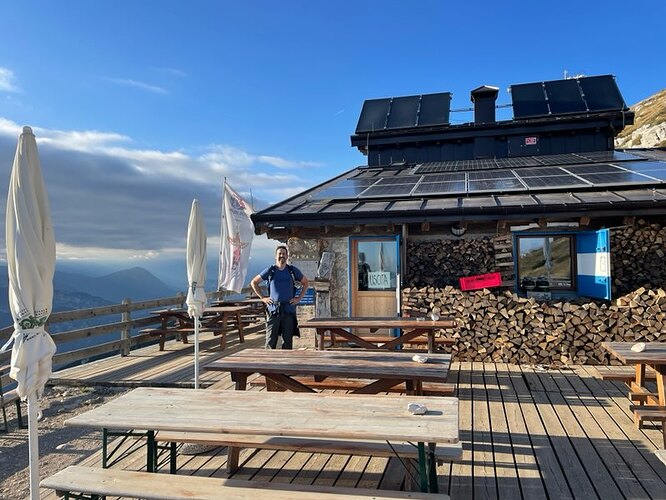 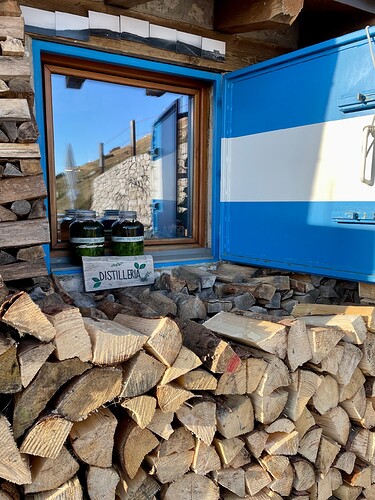 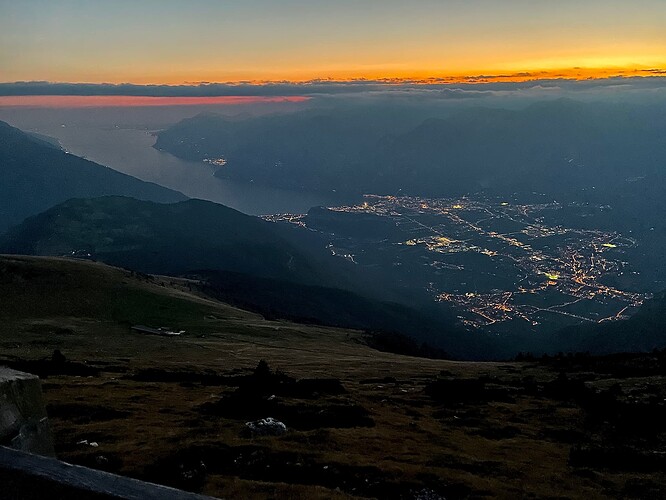 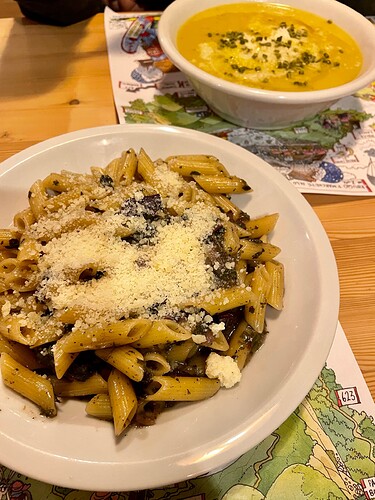 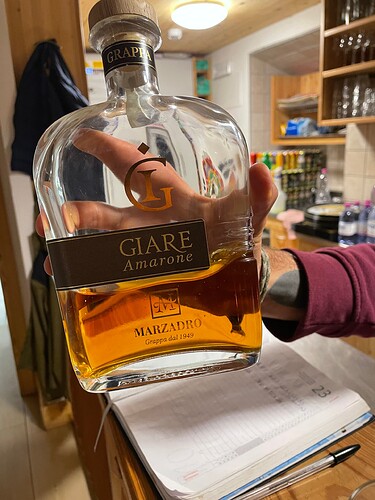 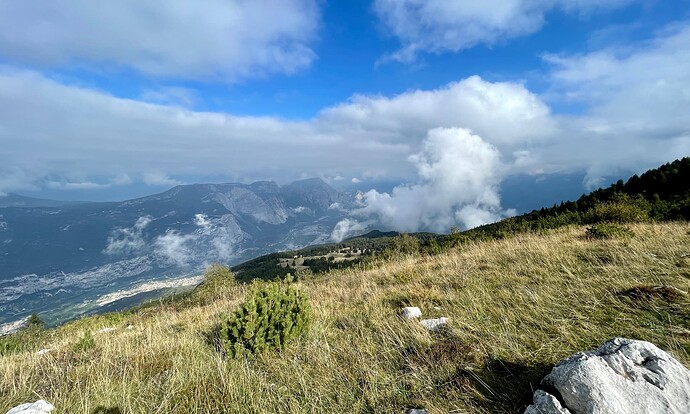 Spectacular, Brad! Amazing views from the rifugio. Looks like you hit the weather just right!

Just got back from Italy (Oct 2 - 12, 2022). Our first four days were in Bardolino. We arrived during the Bardolino Wine Festival, and it was packed with revelers. Not a big fan of Bardolino wine, but we had to try the different styles; red, rose and sparkling rose. We stayed right downtown at the Corte San Luca Apartments, but didn’t eat at either of the restaurants associated with them. We took a Trike out of Lazise up to Trento. It was cool, in every way possible. We ate at Osteria Al Capital late one night. Ate outside, great food, a 22 Euro bottle of Repasso, which was by far the best I’ve ever had, It was perfect. We were going to Pepe Nero, but looked at their menu…lots of raw meat, and decided to pass…too fancy for us. We tasted at Quintarelli for 50 Euro each, and it was the most amazing tour and tasting ever. Also tasted at Marion, which I’ve loved since tasting their Cabernet a couple of years ago, appassimento, of course. Azienda Agricola Marion di Nicoletta e Stefano Campedelli is hard to find, trust your GPS, and go just a little farther down the dirt road and you’ll see it on your left. Bought a Cabernet and a Teroldago for 25 Euro each, to drink during the trip (their Amarone was 42). Met the son who had just finished harvesting the previous day, and the mom did the tasting. Very nice people. Oh, and the tasting was included since we bought wine. Bardolino is a great place to stay; easy access to the region’s wineries. Since I scoured Wineberserkers while planning our trip, I thought I’d add my .02 Euros. (We flew into and out of Milan, rented a car, visited Bardolino, Bologna and Santa Margherita. Note: Milan drivers are INSANE!) “Just do it!”