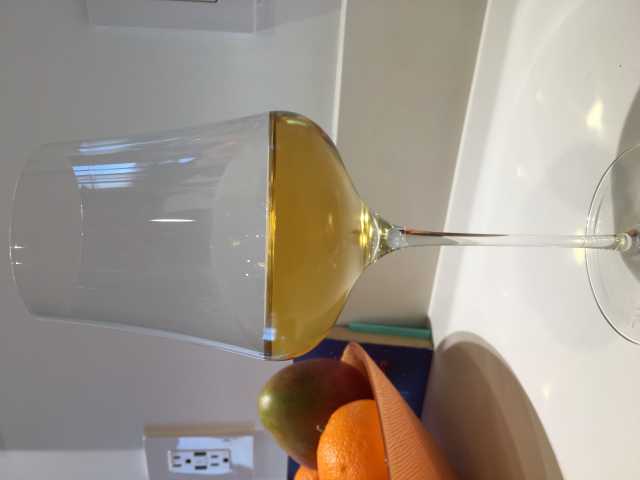 Picked up some 2005 basic (not The Judge) chard at an auction. I’ve had 2 bottles and both seemed over the hill and somewhat oxidized. Reminded me of some 2004 Fevre Chablis that were obviously pre-mox’ed. This being my first experience with Konsgaard can any of you shed some light on the lifespan of this producers whites? Not sure if the bottles are bad or if this is the expected color and flavor profile with older Kongsgaard chards.
I’d greatly appreciate any input.

Haven’t had any in many years, but never thought they had enough acid for anything but short term consumption. No idea what current vintages are like.

But it could provide pleasure in the big rich fashion

Just best new or within 4 years of release

So yes I would not buy to age or buy aged

Too much other verifiably good with age wine

Kongsgaard has always had oxidative notes, say least going back to the 2004 vintage that I bought. I think it’s the way they make the wine and the way they want it. Not to my taste, but I don’t think it’s a mark of either a flaw or being over the hill.

I posted on the 2014 regular bottling in December, which I guessed was 10-12 years old. Not oxidized, but very caramelly and mature far beyond its years. A number of other people responded with similar experiences, or outright oxidation. My note:

This was served blind to me and others.

Apple juice flavor on the nose. In the mouth, it’s very round with what seems like some residual sugar. (I suppose it could be sweetness from alcohol, but this didn’t seem hot.) Creamy texture. Honey, some caramel. Nice rich finish. I guessed Cal chardonnay, maybe 10-12 years old. Made in a facile style but not over the top. No flavors apart from the oak influence and the apples.

I was amazed to learn that this is a $115+ wine. You could buy something pretty similar for $20. And this tastes old beyond its three years. I doubt there’s enough acid to sustain this for the long haul.

Meh. (Not interesting enough to score.)

For some reason, I have it stuck in my head that there were issues with the 2005, but CT seems to disagree with me.

I’ve had two bottles of the 05 about 6 years apart with the second in 2017. Bought them on release. The first was great but the one I drank in 2017 was fantastic! Not oxidized, but not a lot of acid either. For what it’s worth, I rated the first a 94 and the second a 97 which for me is an unusually high score. Loved them both.

From what I’ve read about his winemaking style, I don’t believe anyone will ever confuse one of John’s chardonnays for Chablis

His I’ll Drink to That Podcast is really informative and gives the back label story to a guy who truly was born and raised in the area - and has been an integral part of specific styles of wine coming out of Napa for quite some time . . .

If I’m not mistaken, early on he allowed the chardonnay must to ‘oxidize’ in order to ‘prevent’ it from oxidizing later, something he learned in Burgundy IIRC and something that is now being employed more both over there and here. Perhaps that may lead to some of the ‘issues’ folks are finding in this wine - or in his style?

If I’m not mistaken, early on he allowed the chardonnay must to ‘oxidize’ in order to ‘prevent’ it from oxidizing later, something he learned in Burgundy IIRC and something that is now being employed more both over there and here. Perhaps that may lead to some of the ‘issues’ folks are finding in this wine - or in his style?

I think there’s some confusion here. As I understand it, from both my last visit there and the podcast, John lets the wine go through an oxidative phase during its barrel maturation, in addition to browning the must. Browning the must is the technique which was common in Burgundy in the past and which is back in fashion now. Letting the wine get oxidative in barrel is distinct, and I am not convinced that has ever been Burgundian best-practice: the likes of Jean-François Coche have always been very fastidious about topping barrels to precent it. Kongsgaard—again, as I understand it—do not do very much topping.

Thanks for the clarification - and remember to email me back when you have a chance!

Thank you all for your input. Very useful information.