Has anybody eaten basque cheesecake?

Big birthday coming, and I have narrowed my choices to a mocha cream fudge cake or a basque cheesecake, which looks unusual and fun.

Yes, can recommend. The proper course here is to consider it a breakfast cheesecake, then have the mocha cream fudge cake in the evening.

My daughter made one at Christmas, it was delicious and I enjoyed the caramelised top.

My wife makes a wonderful one in the Anova. Eating leftovers right now as a matter of fact.

Have made this version twice to much love from those who eat it!
https://www.foodandwine.com/recipes/basque-cheesecake

Or the one from Bakeshop on NE Sandy…not quite La Vina’s original, but very good.

In my experience a little fruit topping (huckleberry, Marionberry etc.) goes a long way on these and steers them more sweet than savory.

Ha! I just got invited to a Zoom cooking event this Saturday with a chef from Spain, specifically from the Basque region, and we’re making a cheesecake. We’re making the recipe from La Vina.

We did our Basque Cooking Zoom call yesterday. The highlight of the event was the cheesecake. Fortunately, we made ours the day before, so we were able to show it off, and were able to ask some questions based on our experience. Also, and more importantly, we were able to eat ours! The cook made one live, and also showed off a couple of ones she already made. A couple of other people tried to make one during the call, but most people just watched.

The recipe is “based” off of La Vina. Her version of the recipe has slightly less sugar than La Vina uses. I have no basis of comparison, but this was certainly sweet enough. One thing we did was to half the recipe. My wife made the conversions to the side, but we cooked it in a 5-inch pan, so it was a little too much mixture, which may have caused the cake to split and collapse in the middle. We also may have had the oven a little too hot. She said she gets the oven hot, then turns it off, and if you have a good oven, it will keep the temp right for cooking. You can see a spot in ours where it looks like where “the baker slept” 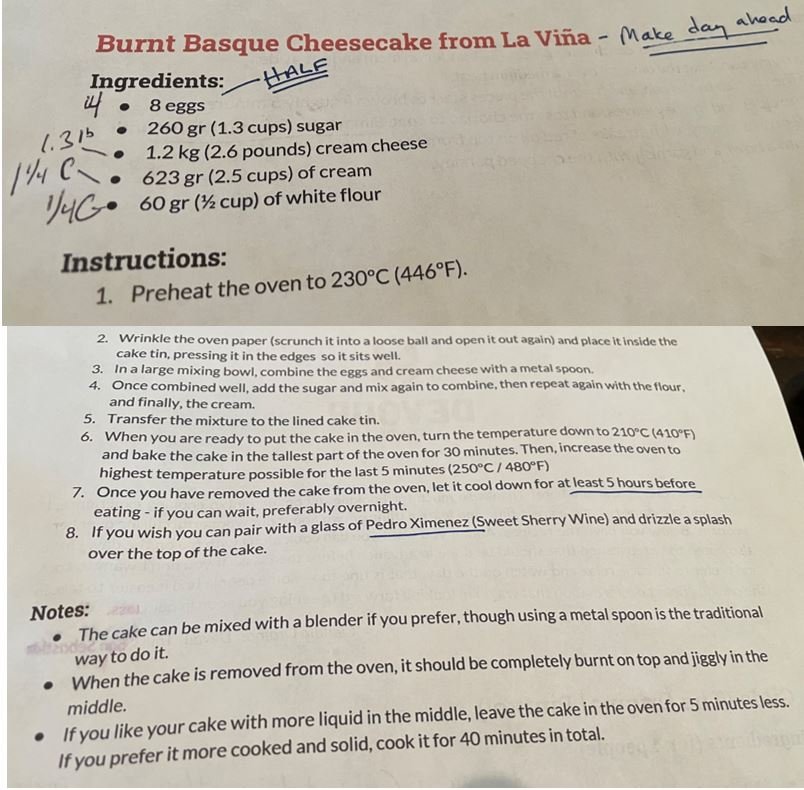 Below is how ours turned out. 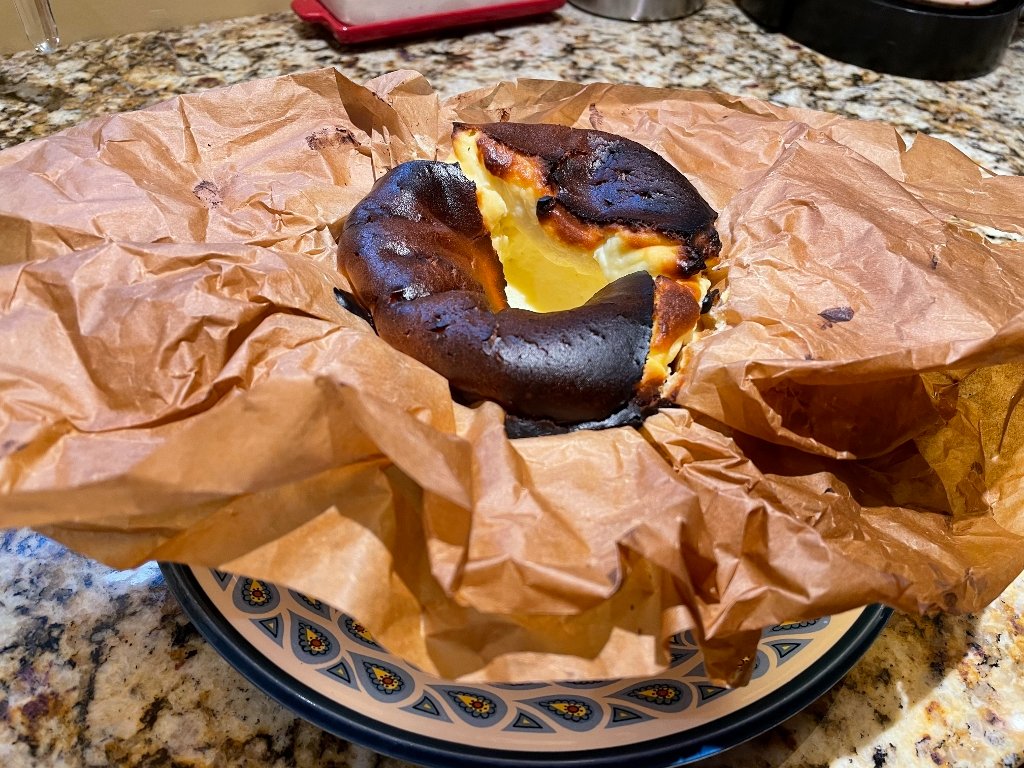 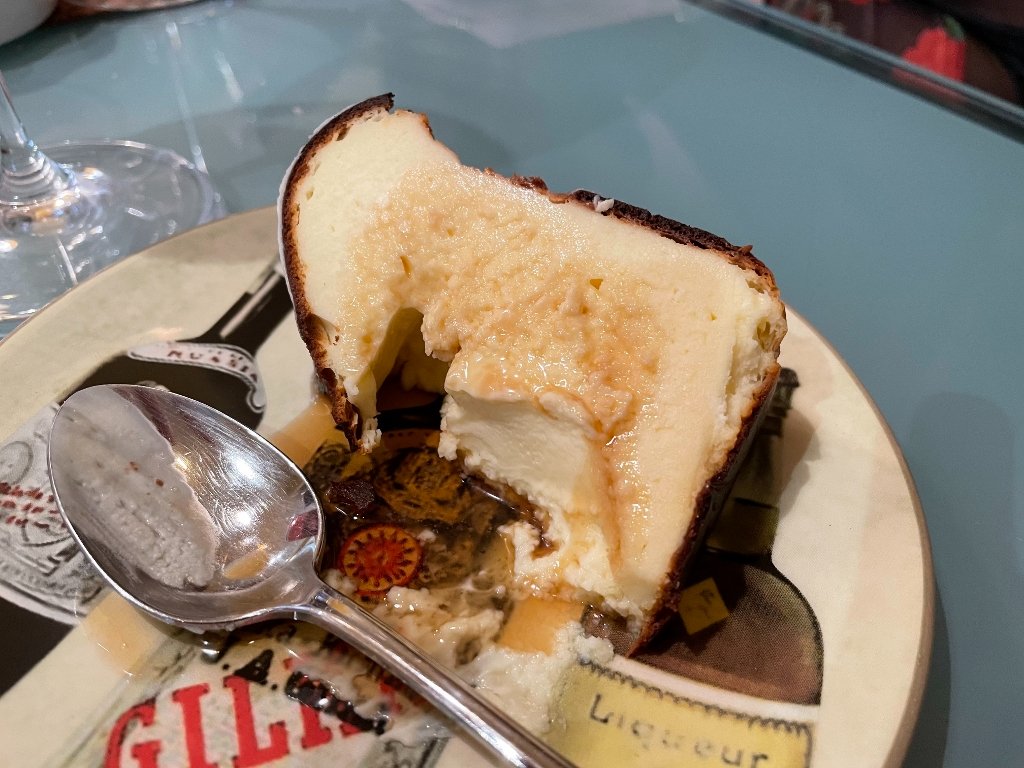 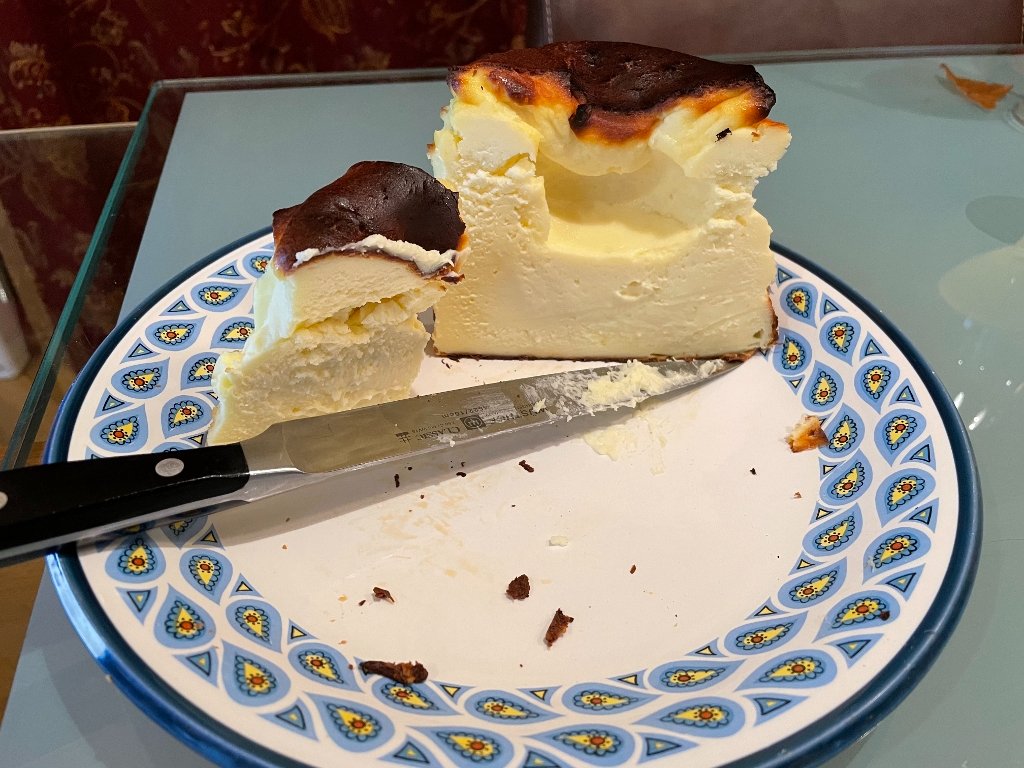 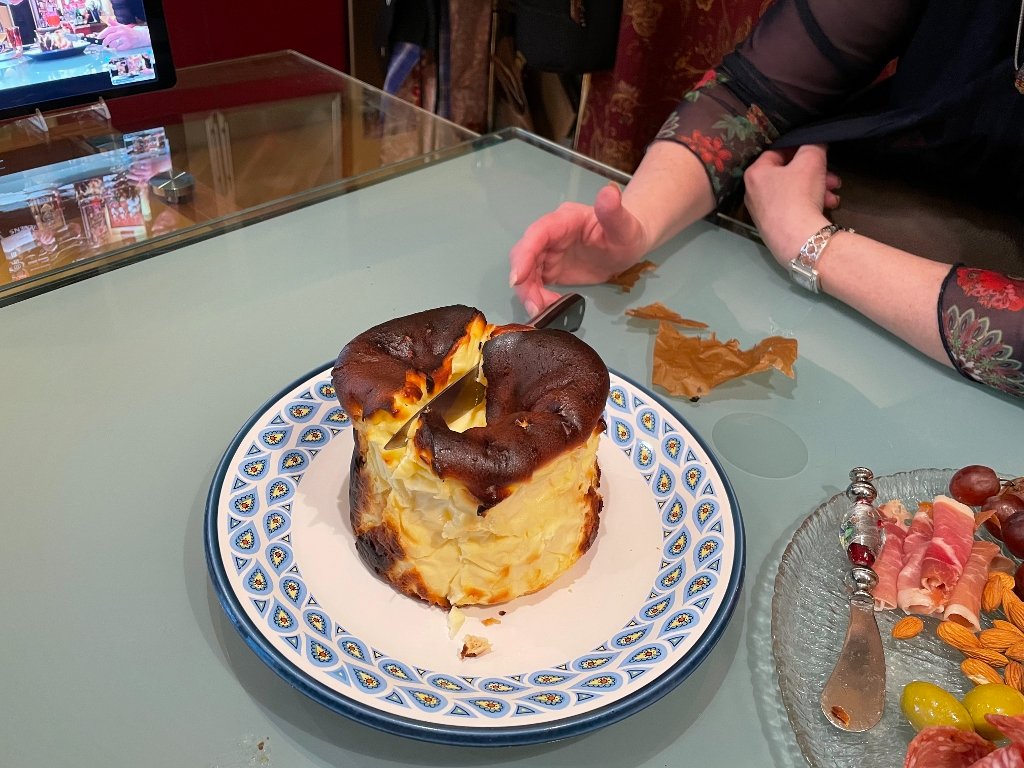 They recommended serving it with Pedro Ximenez. It was a really good match. If you lookup La Vina using Google Maps, lots of people have posted photos from the restaurant. Almost all the photos are of the cheesecake. But note, some seem more firm and dense, and some seem more soft, if not runny. She said it is preference. We cooked ours more in the middle, which seemed to work fine for texture. 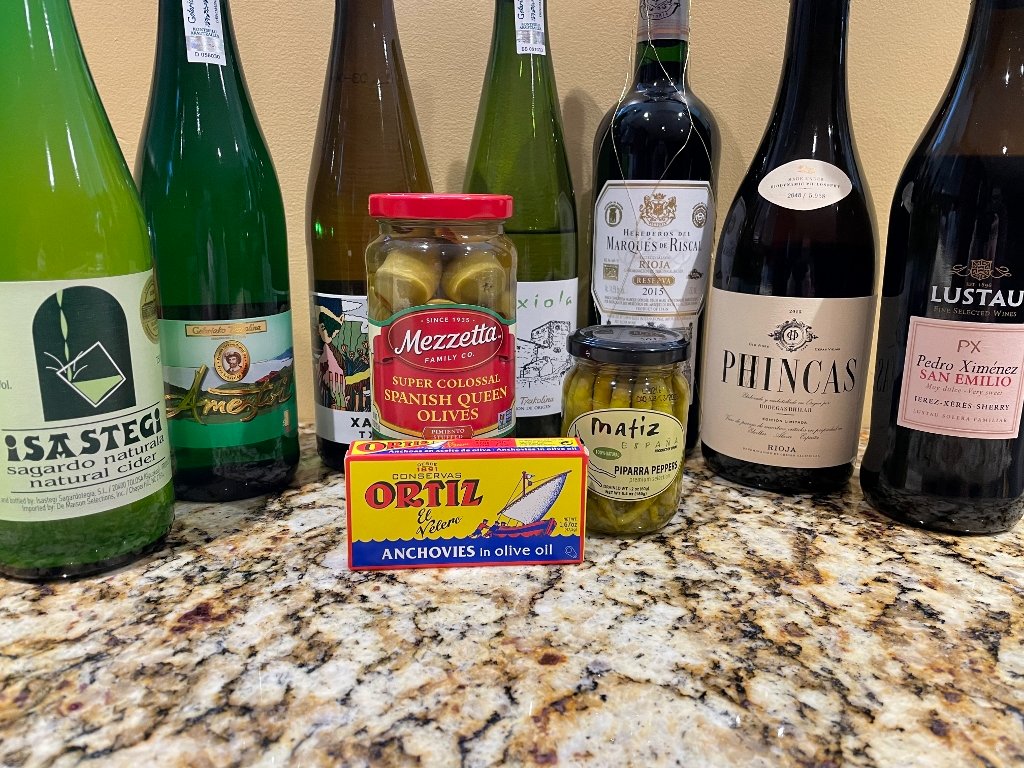 They provided some guidance ahead of time in regards to wine and cider. I bought two bottles of Rioja from the Alva Region, and also a bottle of Txakoli. None of us cared for the Txakoli, but it did pair well with the anchovies, pepper, and olive Pintxos. 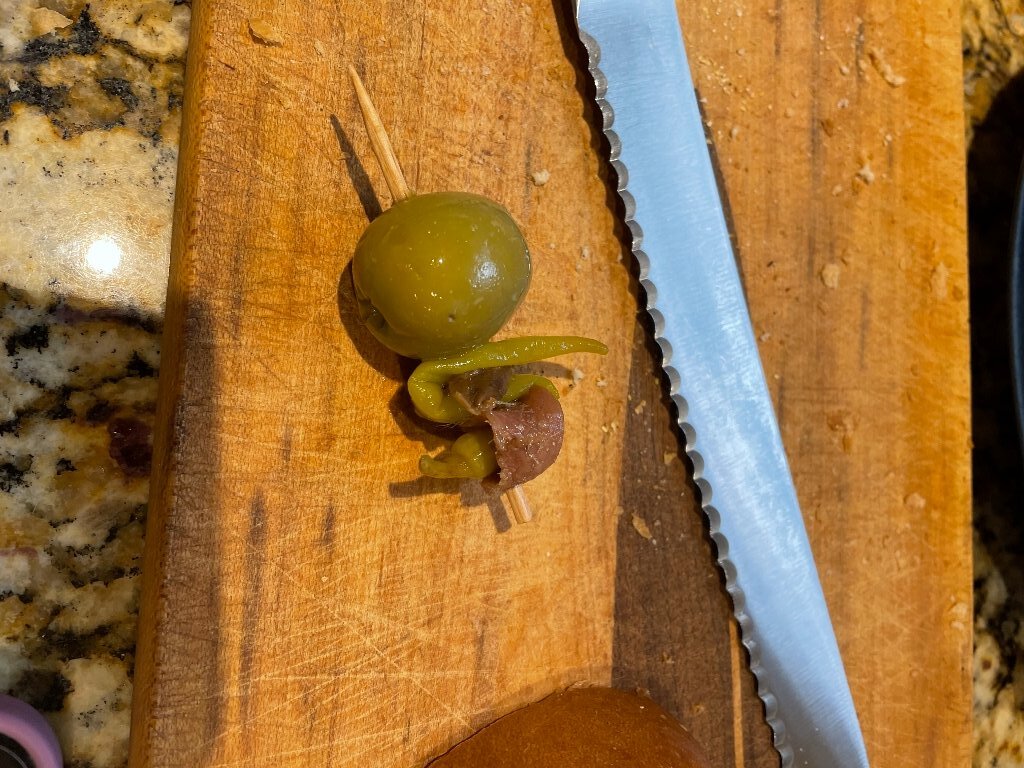 We also made a Pintxos using uncured Chorizo. It was cooked in Basque cider (which none of us cared for either). The Riojas where both tasty and paired well with the Chorizo. 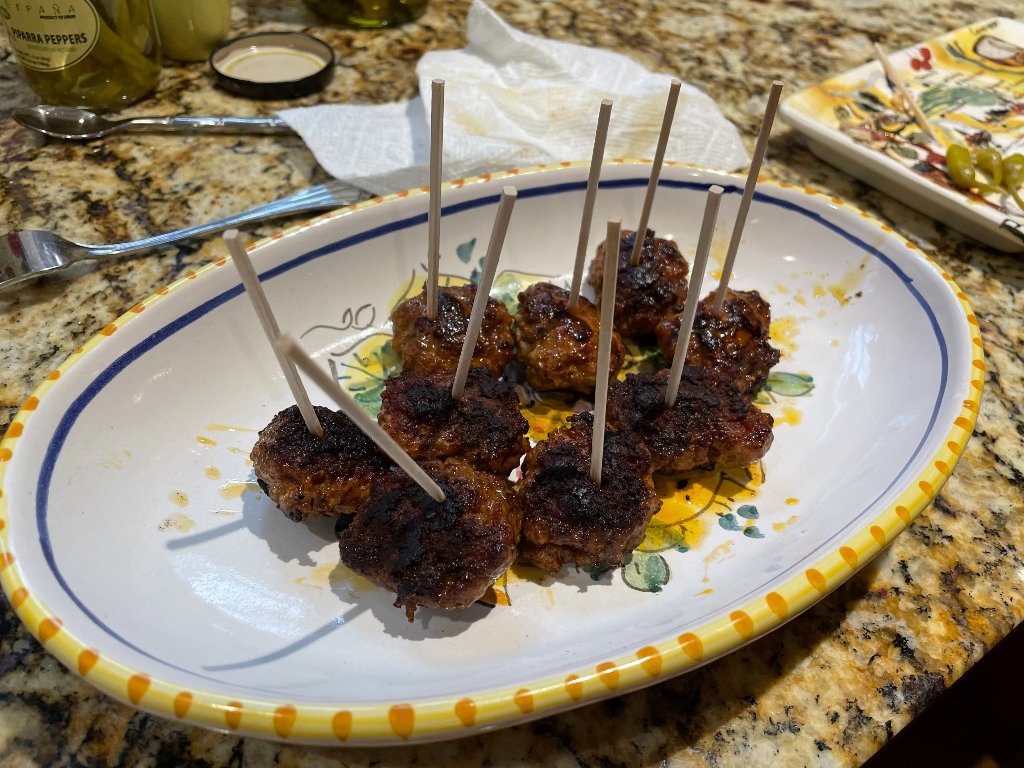 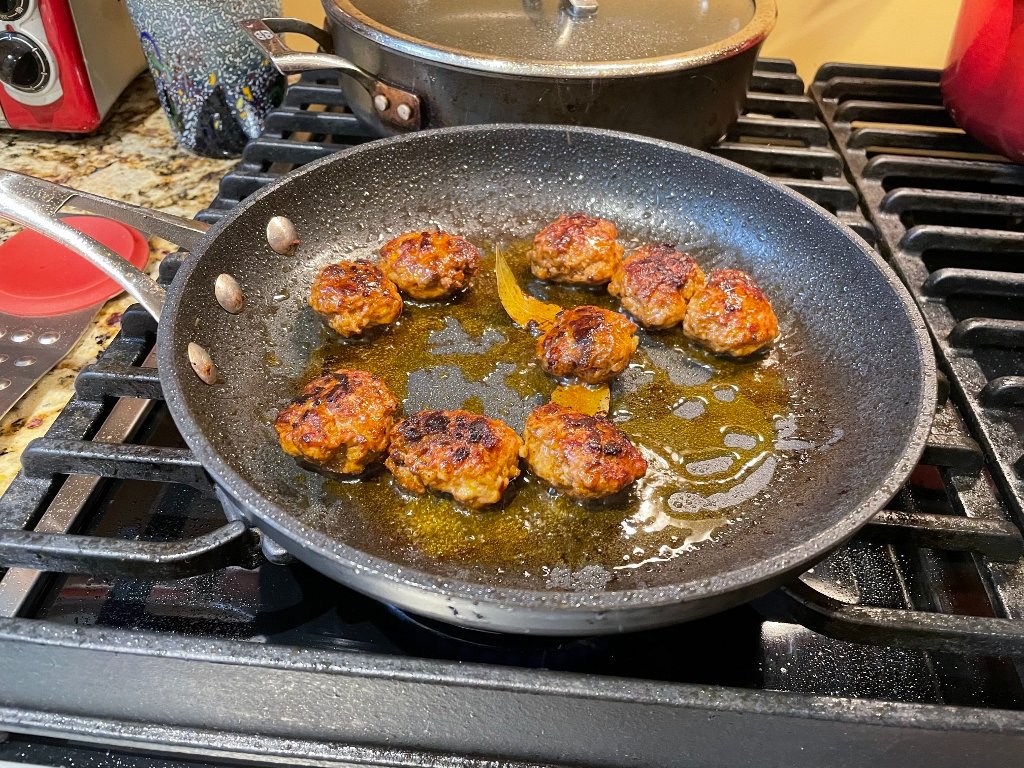 Again, the cheesecake was delicious. Something we will definitely make again. If you have a hard time reading the recipe, ping me, or ping me with any questions.

In the end, a good time was had by all. 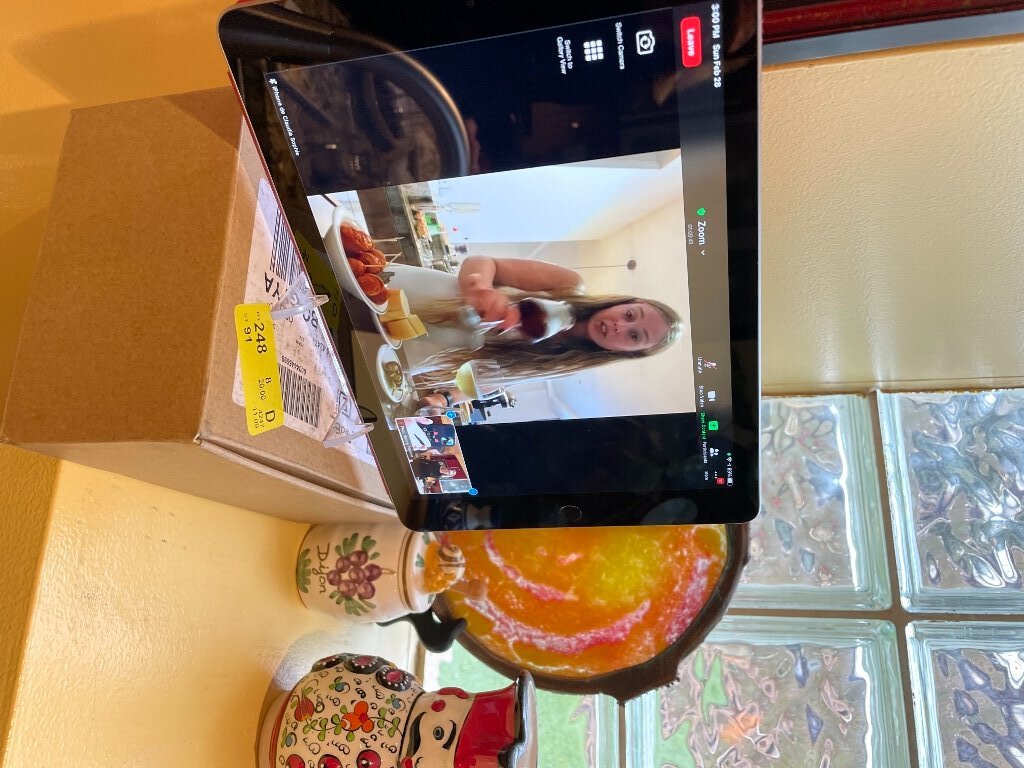 Thanks Paul. What was the original pan recommendation? A 9-inch springform? Did you use a springform or a regular cake tin?

Thanks Paul. What was the original pan recommendation? A 9-inch springform? Did you use a springform or a regular cake tin?

The pairing was outstanding and the hit of the evening for many, including me, and I’m not normally much of a cheesecake fan. I liked the relative freshness of the wine with the cake. I will try a PX sometime if I get this again but I suspect it would be too rich (for me anyway).

A follow up to the instructions. To be honest, my wife did most of the cooking. We have a convection oven, so we put the pan in the middle and left the oven on the whole time. The host placed hers on the top rack, turned the oven off, but turned it on again towards the end to make sure it browned in a regular oven. Like I said, ours was in the middle of a convection oven with the oven on the whole time and came out fine.

The recipe says to mix with a spoon. The host used her mixer. Not sure why it would matter, but we followed directions. Even letting the ingredients come to room temperature, it was still hard to mix by hand.

Also, try to get as much air and bubbles out as you can.

Big birthday coming, and I have narrowed my choices to a mocha cream fudge cake or a basque cheesecake, which looks unusual and fun.

Mark, next time try Manchego Cheese cake as well. I’ve a recipe with manchego that you can easily replace with Idiazabal cheese as well.

I just made the La Vina cheesecake as above. I used a 6 inch springform which is only 44% of the full size cake which I believe is 9 to 10 inches. I used the half recipe by weight in grams. That actually was too much. Still I didn’t throw it away. Absolutely stunning when cooked. Pretty amazing before it was cooked. It cooks in about 27 min total. Creamy goodness. I didn’t brown the top up quite as much as I probably should because I like only the edges being really dark. This recipe cooks like a souffle. It puffs up and comes over the top and then settles into the most incredible creamy goodness you can imagine. Perfect recipe btw. Set on the side and jiggly in the middle. 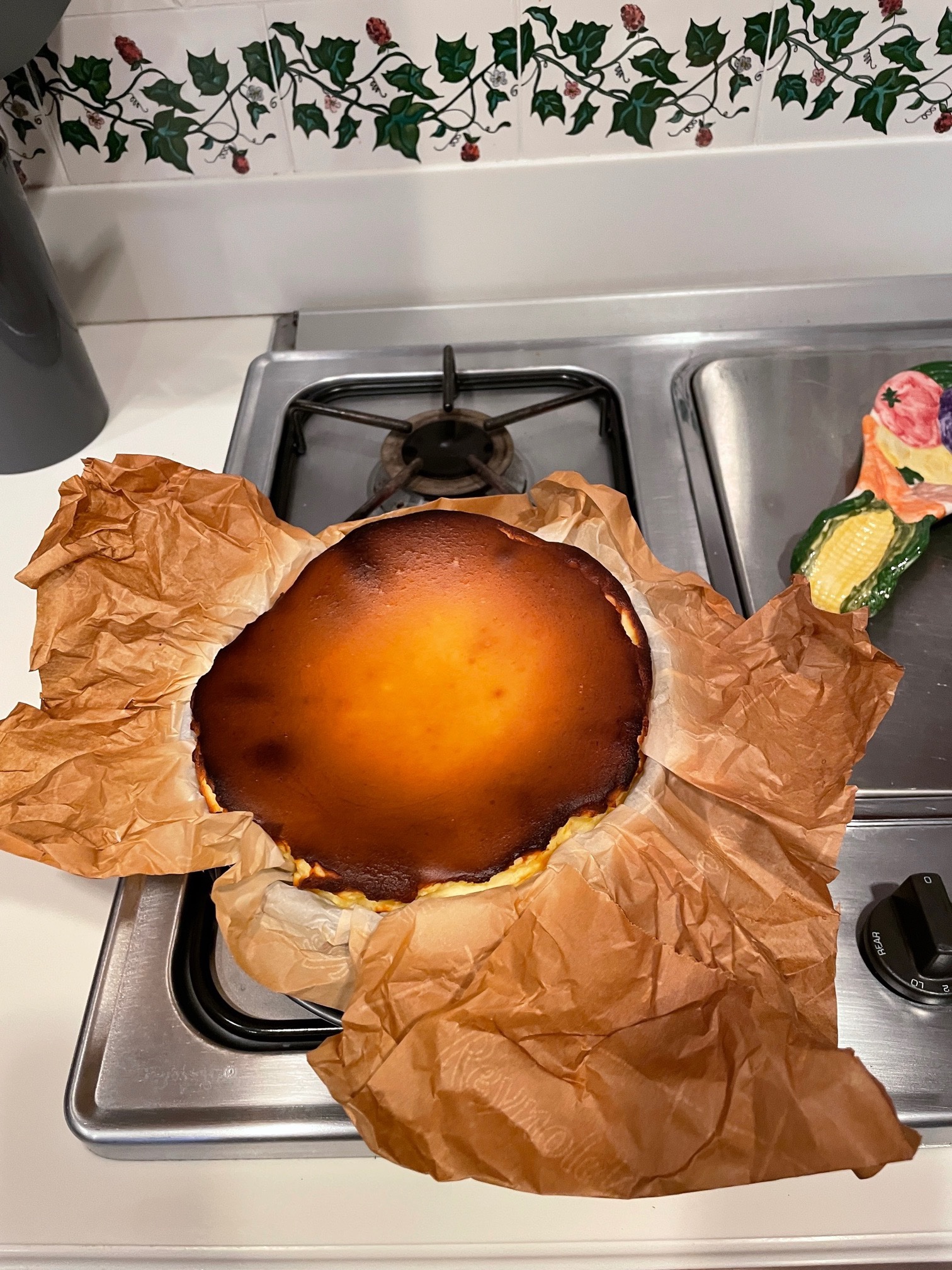 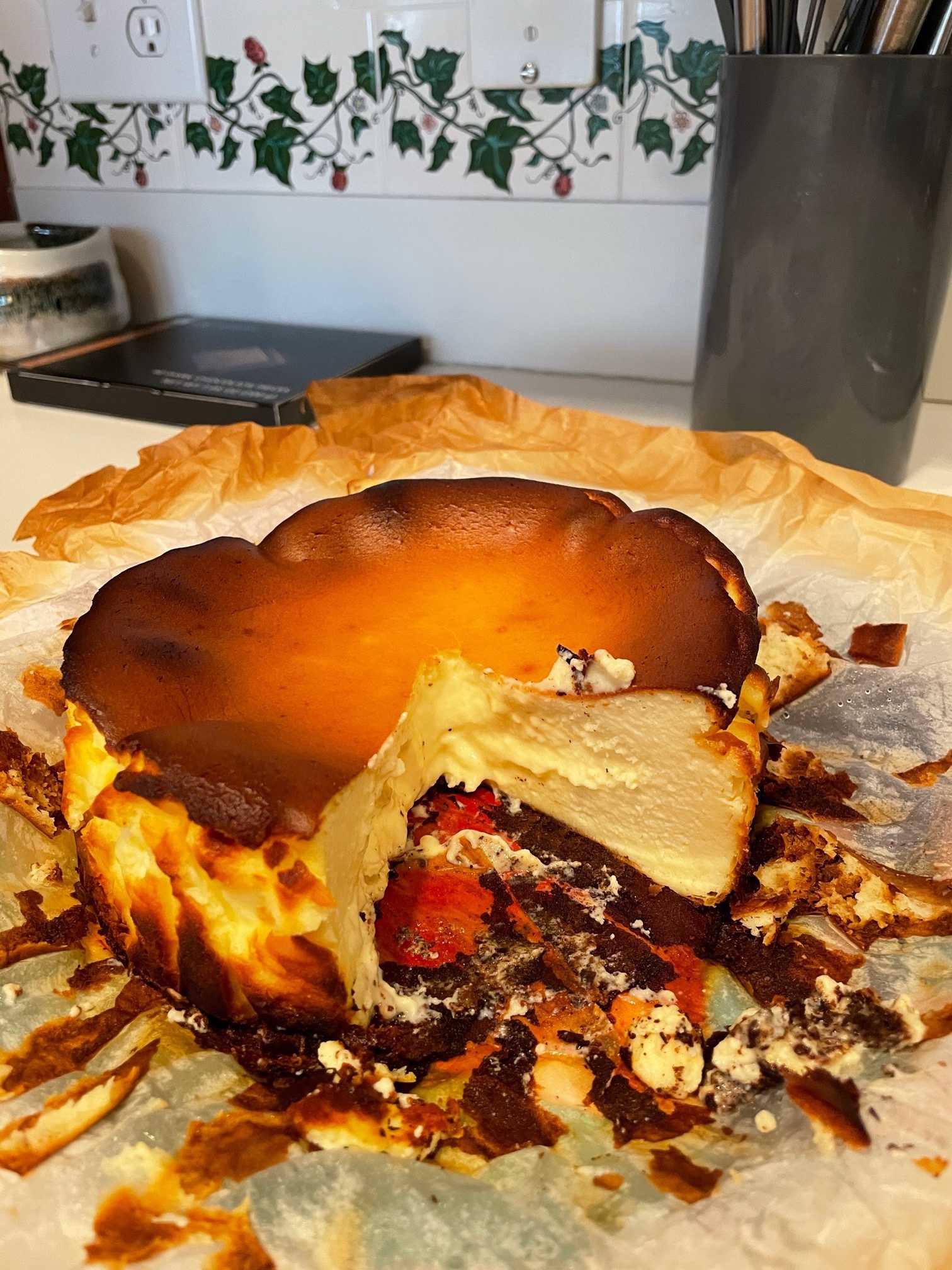 We obviously didn’t wait long enough before we cut into it! In the fridge now.