Celebrating the return of football with some bourbon

Hosted a bourbon tasting last weekend to kickoff the college football season with a great lineup and some interesting blind results.

We did three blind flights:

Flight 1 = EHT SmB, Blanton’s Gold, Hancock’s SiB. We tried to match up proofs as close as possible, and obviously, the mash bills with Blanton’s and Hancocks. Blanton’s Gold and EHT SmB were split at the top, with Hancock’s being universally in third place. 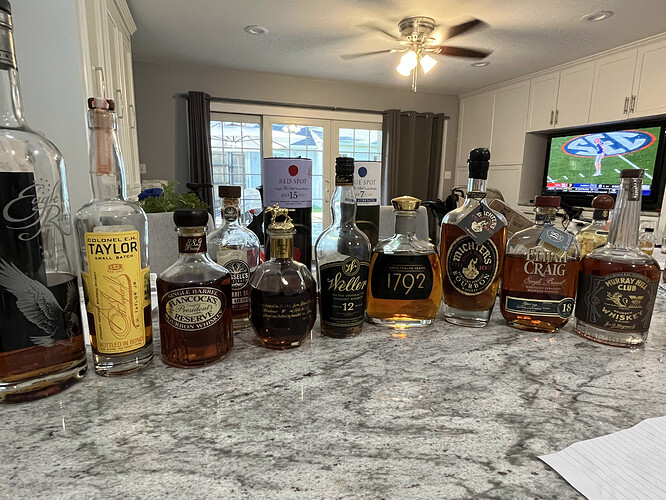 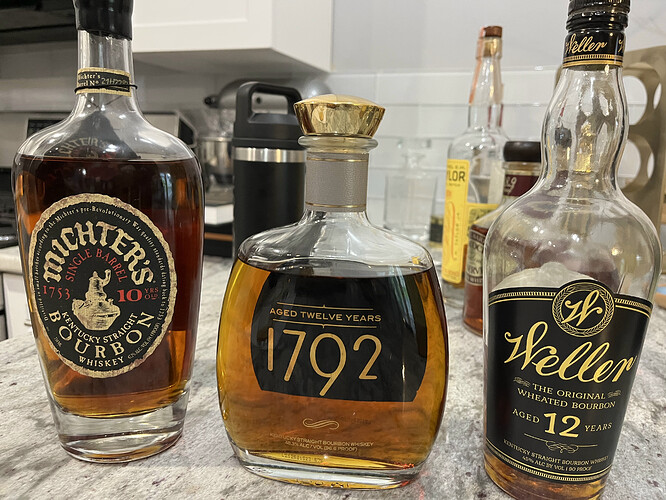 I have a lot of different EC expressions and haven’t found one I don’t like.
The Murray is one of my favorites.

How was the Red Spot 15 years?

The only EC18 I’ve tried was an example of a bourbon that shows extra age isn’t always good for bourbon. It depends on a number of factors, but it was an oak bomb.

It really depends on releases. I have had EC 18 and 23 that were fruit bombs and pancaked some Pappy and other age statements. Same with PVW, have had 20 that was like licking cedar and one that was all dried apricots and fruits.

Good bottles and all that.