My name is Kurt Beitler, owner of Bohème Wines in Occidental, CA.

Like many vintners, I’d not be in the wine business if it weren’t for family and a bit of luck—good or otherwise.

My great-great-grandfather, Lafayette Stice (mustache with wine glass) at the Brun & Chaix Winery in Angwin c. 1890:

Lafayette lived his entire life in Napa Valley and oversaw Inglenook winemaking from 1911 till Prohibition in 1919.

Lafayette’s granddaughter would go on to marry the son of an Alsatian immigrant, Carl Wagner:

A brewer in San Francisco, Carl went north to Napa Valley after the earthquake of 1906, finding land to buy in Rutherford. There he started a bulk wine business, which too was shut down at Prohibition in 1919. His winery under construction in 1915:

Carl’s son/ my grandfather, Charlie Wagner, related childhood memories (from age 7 or 8) of feds pulling bungs and turning the family’s barrels down the drain. He never did warm to bureaucrats.

Charlie was a strong and independent man who worked his life farming orchards & vineyards in Napa Valley. In 1972 at age 60, he founded Caymus. With my grandmother, Lorna, at their vineyard in Rutherford:

Me as an infant with Grandpa Charlie, Grandma Lorna and her sister (my great aunt) Helen Glos, 1977

Grandpa Charlie with my mother, Connie: 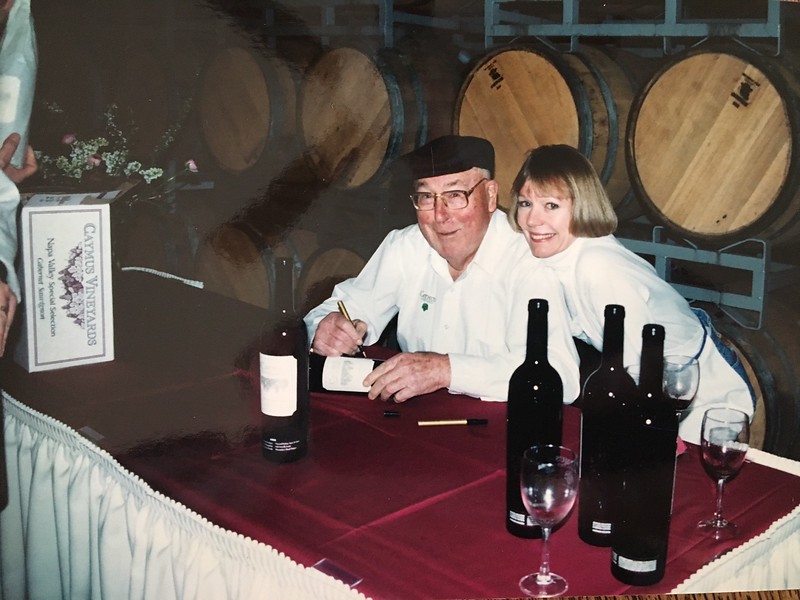 The wine business was good to my family. I spent most summers riding bikes around Caymus and working on the bottling line. My brother, Derek, Uncle Chuck Wagner and me c. 1988:

After college I thought hard about joining the family wine tradition and, in 2000, took the leap. Chuck hired me to farm his Pinot Noir vineyard on the Sonoma Coast, west of Occidental. Here I learned to run a tractor, speak Spanish and tend vines.

Around this time my grandfather was near the end of his life, but still lucid. We cherished every moment. In his Rutherford kitchen with daytime 'tinis, as you do. 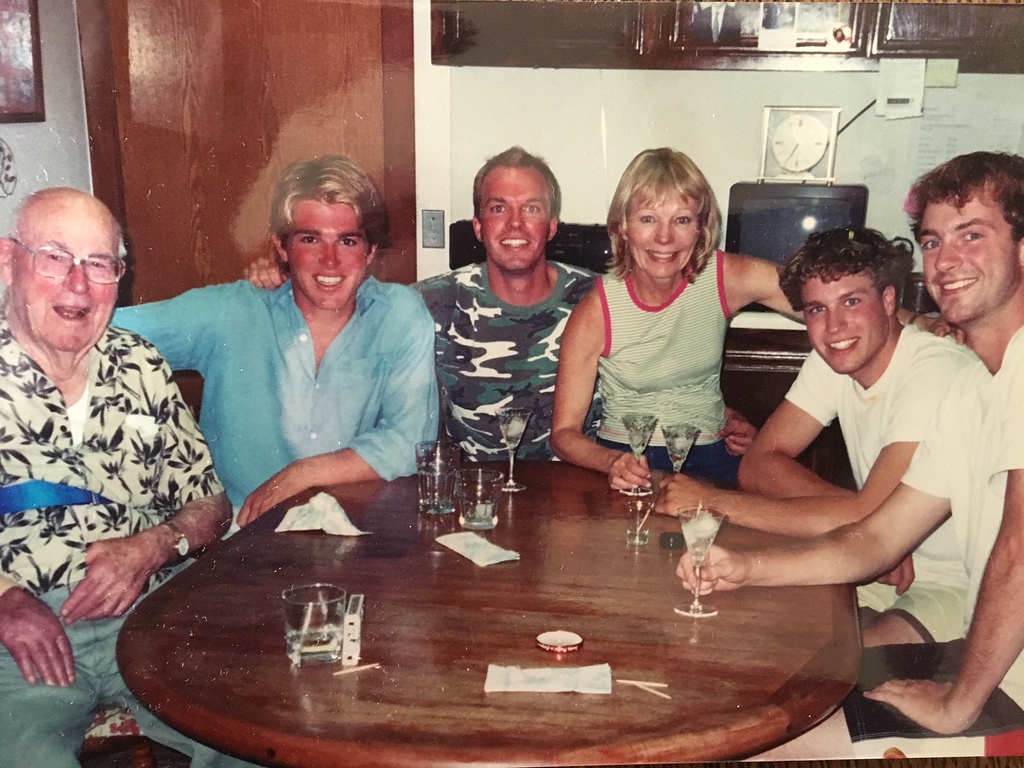 Working on the quaint road in west Sonoma, I grew close with neighbor, Al Rago, owner of Que Syrah Vineyard. Al convinced me in 2004 to farm his vineyard and make its wine. We harvested 4 tons (9 barrels) that first vintage, which I made over the hill at Caymus. In one of countless acts of generosity, Chuck gave carte blanche to new French barrels! I chose 5 and, to this day, admit to over-oaking. The wine was named Bohème to honor our local Bohemian Highway and the project’s Bohemian spirit. 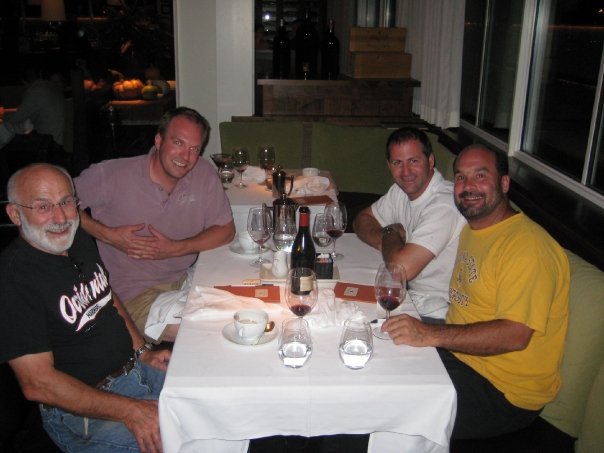 That same year I planted a vineyard of my own in southwest Sebastopol Hills, near the Marin County line, English Hill Vineyard: 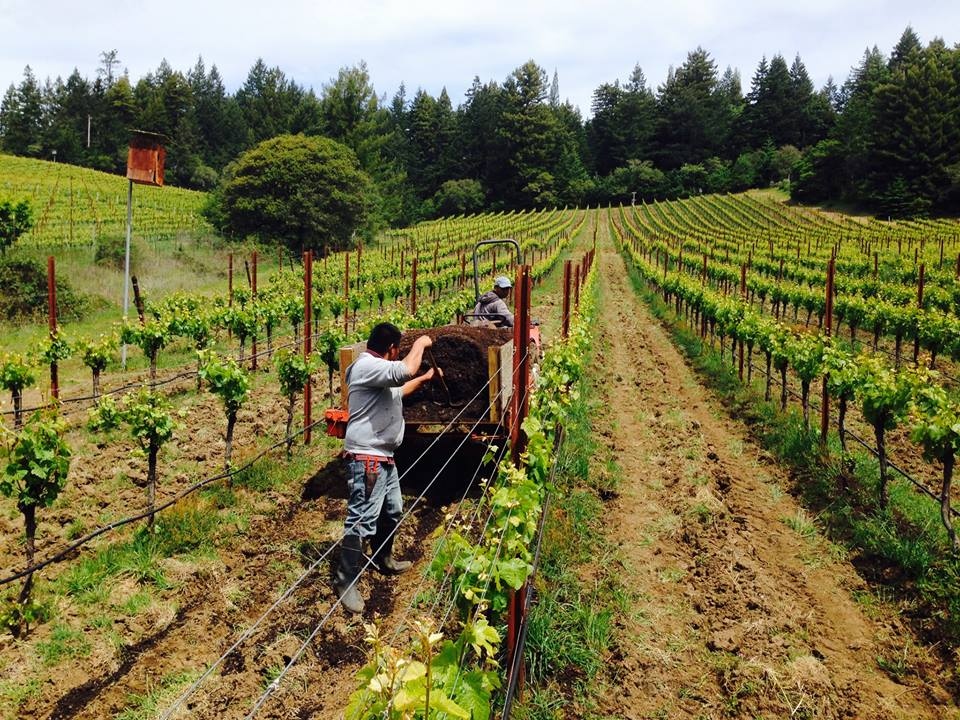 In 2012 we moved winemaking closer to home, from Rutherford to Forestville. Pax Mahle leased us part of the American Wine Building, where we crushed 20 tons: 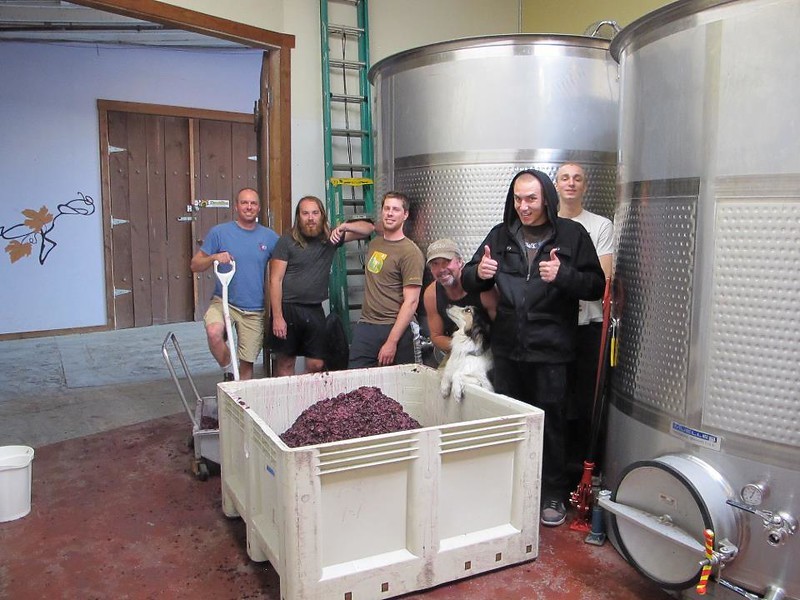 Today, with much help, I devote my life to growing grapes and making wine. It’s an enriching craft with a close and honest community. I’ve learned how vignerons’ skills are honed over years and, like budwood, passed through generations. I’m grateful to many for their love, generosity and support.

Great post, thanks for the info and the history.

Just wanted to say I appreciate the rich multi-generational history you share here. I’ve never had your wine, but it’s clear you honor your family in your work, and it makes me want to buy what you make and support you.

I concur. Great post! I will certainly look into your wines.

I agree, great story and background! Thank you for sharing.

Very kind of you, Peter, Alex, Albert & David! None of us can do it alone.

It was a joy to write the ‘newbie intro’ and recount how we’re all so influenced (and helped!) by those before us.

It’d be a pleasure to share Bohème with you.

Very kind of you, Peter, Alex, Albert & David! None of us can do it alone.

It was a joy to write the ‘newbie intro’ and recount how we’re all so influenced (and helped!) by those before us.

It’d be a pleasure to share Bohème with you.

Sounds good Kurt, but first you’ll have to tell us if a taste for Meiomi runs in the family.

Seriously, could you share with us something about your winemaking philosophy and the style of wines you produce?

Great intro, thanks for sharing with us all. It is really fun (maybe for the nerds like us here) to see such a story shared for an introduction!

Thanks for the background on you and your family.
I’ve had a few of your chards and they were fantastic.
Continued success!

Peter, you’re a joker. many ways to go with that - I’ll stick to style & philosophy.

First I’d say Bohème is a rather “traditional” boutique winery as we do much by hand with minimal intervention. I’ve got a 4-man vineyard team and together we farm ~19 acres at 3 sites, 5 to 9 miles from the Pacific. Grape farming has always been central to the project; I absolutely love it. With hands on vines we maximize grape & wine quality. And it’s fun.

Stylistically I attempt to craft wines that are bright, complex and expressive when young, then turn earthen, integrated, enchanting with age. Fruit ripeness (and acidity) are critical. In finished wine, pH ranges from 3.3 to 3.5 with alcohol 13.3% to 14.3% (zero RS). Tannins are key for the aged wine too. We’re fortunate to grow grapes near the coast where, by harvest, tannins are ripe & developed with still modest sugar. In recent vintages, to accentuate textural dimension in reds, we’ve employed more whole-cluster and found synergy between WC herbs and savory elements in the wine. My favorite Pinot lots lately carry fresh acidity with palate of strawberry, fennel, sour cherry, black tea, botanicals, mushroom and clove.

Well Kurt already did a great job of explaining his wine style.

My fiance and I went and visited him last summer and tasted through his lineup and got an awesome vineyard tour and great hospitality.

I’m not sure what the best way to convince folks to try his wine may be but…We visited over 30 wineries when we went to California for a week. We joined ONE wine club, Boheme.

I don’t know what he’s offering, but whatever it is…Buy it

Brandon, you’re a good man. I think you saw this pic but thank you AGAIN for helping select many of these OR Pinots – (my) best tasting of 2016.

Kurt, I knew a little of the back story, but not all, thanks for the great post! For anyone taking a look at the Boheme wines, they are definitely worth considering.

Thanks, Alan! Good to hear from you. I hope all is well in your world. Let’s cross paths soon.