3 bottles 750ml - Nolados
This was the original insignia wine of the winery that the late winemaker, Juan made with the assistance of his enologist Julia del Castillo and the late Paul Pontallier of the Château Margaux in 2007. It is a beautiful Bordeaux blend of 40% Cabernet Sauvignon 40% Cabernet Franc and 20% Tempranillo. This wine has received awards and accolades in the United States, Spain and several competitions in Europe.

3 bottles 750ml - Tempranillo Privilegio
Tempranillo Privilegio is one of the surprises that happens to a winemaker once in a great while. This wine is a blend of Tempranillo and Graciano, also a product of the Juan Palomar. It is estate grown, elaborated and bottled at the winery Dominio Buenavista. It has won and received accolades around the world from San Francisco International Wine Competition receiving three double gold medals and the honor of best of nation Spain in 2015. These awards were bestowed to the Tempranillo Privilegio in 2014, 2015, and 2018 upon the most recent double gold medal, the wine was awarded 97 points. This wine was also awarded Supreme Gold in China at Interwine in 2016.

This auction item is a gift from Nola Palomar from her personal collection. Salud 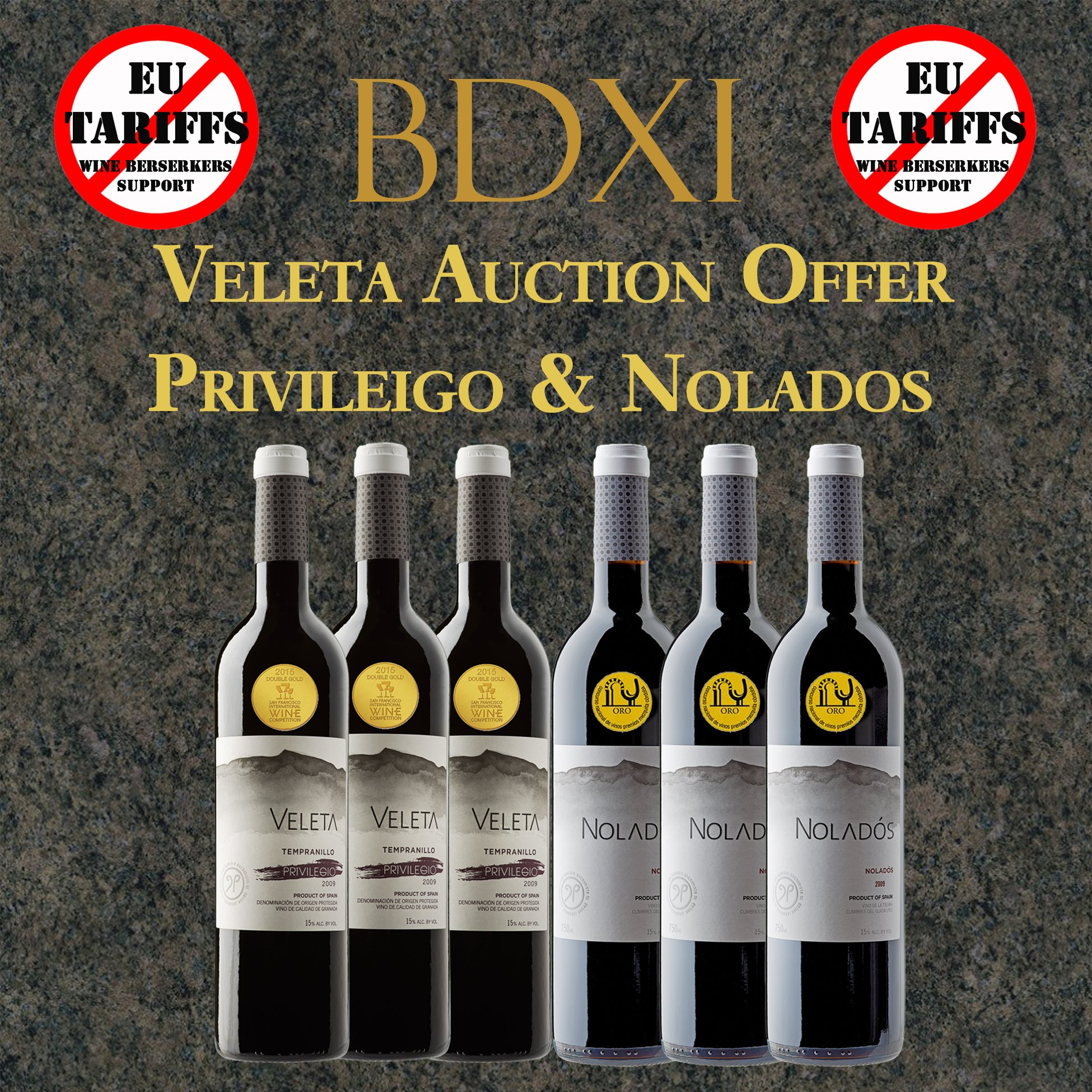