Donor: Jim Anderson
Value: Yeah… that’s kind of a tough one
MinBidIncr: $1
Shipping: well… definitely not during French banking holidays but I promise you will receive the bottle
Auction Closes: 8pm PT

Quite possibly, at once, the most unique and worst item presented on all of Berserkers’ Day!

You can be the proud possessor of a 2016 St. Cloud “Bourbon”. This is the “Bourbon” crafted by Ray Walker after walking away from a successful and infamous winemaking career in Burgundy. Why does the word Bourbon appear in quotes? On the bottle itself it refers to itself as both Bourbon and Straight Bourbon and has a non-conforming age statement on it. The hallmarks of Ray Walker’s famed attention to detail and the truth are on display so you know it’s a true original!

Special things to know about this bottle:

So, yes, this is a real and true item. Jim purchased this bottle directly from the source and tasted it, Mike Pobega-style upon arrival. Since then it has sat on his lab bench in the winery. Jim drinks quite a bit of Bourbon and despite daily proximity to this bottle it has only had the one initial sip taken from it. 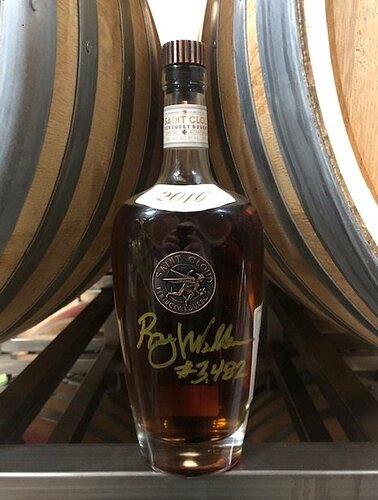 Feeling left out because you didn’t jump on the Burgundy mess? Hear the story for yourself and become part of the new adventure 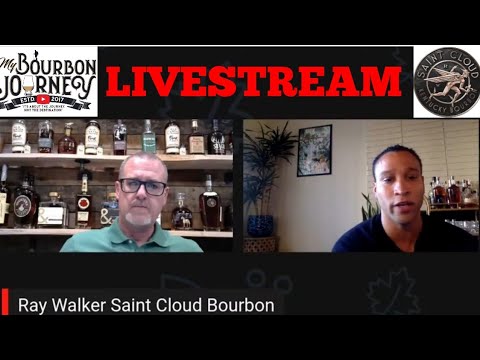 Come on now people. Yes, this is a terrible and ridiculous item but think about it this way…

This is a Ray Walker production and the money from it will directly support Todd and this site. How much is THAT worth?!

(yeah, I’m not supposed to bid, but I SO want to try this)

This is a legendary auction item… i don’t drink bourbon but otherwise would bin!

this one dollar increment is silly! Let’s do this!

BTW, this is for Todd. Do not buy this to add to some great collection of Bourbon. Be aware of the point. It’s not great booze. Not trying to stop the bidding just want to make sure everyone is in on the concept. Not everyone here today is a super-regular.

$55 and I will give the whole friggin thing to Todd!

I don’t know if we even own any one bottle shippers!

Would seem a crime to have empty slots in a box with more than one bottle slot.

Smelling what I’m stepping in there folks?

This is hilarious - $100 and agree the bottle should go to Todd!

Jim, would you trade for pre-arrival GC Burg IOUs, unused? Asking for a friend.

I have a lot of money I’m willing to pledge, but the cash is in a Polaner shipping container and I’m told it will be here in 2-4 weeks or 2 months at the most, so once it gets here I’ll send it to you. In the meantime, just send the bottle to my office.