I like Spectrum. But I hate their somewhat clunky software, at least still operating the old way last time I looked. The site would benefit greatly (and the house likely financially, especially if they get some Winebid spillover now) from more buyer-friendly features and flow.

I like Spectrum. But I hate their somewhat clunky software, at least still operating the old way last time I looked. The site would benefit greatly (and the house likely financially, especially if they get some Winebid spillover now) from more buyer-friendly features and flow.

god yes. their interface is awful.

Awful news. Is there a link to an article or legal language on why they’ve made this decision?

It seemed to me that they had already gone to a soft $20 min a year or so ago, so it does not surprise me at all WB have had to lift the price floor, as costs rise. Given the fixed costs per bottle of assessing, valuing, photographing etc. the high $$$ bottles were always subsidizing the cheap oddballs, and eventually they must have gotten tired of that, or the ratios must have gotten too far out of balance.

What Is the Chivas Regal Effect? | Bizfluent

Consumers perceive prices in different ways, using objective and subjective judgments to make buying decisions. This can make product pricing difficult, as you can choose from many different strategies to position your products. One of these is the...

I think of it as the 2020s version of digging in the crates, lol

I just looked, 8 of my last 12 bottles purchased were under $40.
But bigger bummer for me is I’ve been assembling several cases of things I was planning on consigning (using the $20 min), and I’m sure 30-40% would be $25-35 reserves. I’ll have to go back through and pull , or figure out if worth it.

For some reason, I don’t think that will be the end of lower priced wines on the site. They do have an import arm and a connection to distributors.

Every time WineBid does something, it makes me more happy that I stopped doing business with them. Too many others that directly compete against them to put up with their nonsense.

Not at all Rodrigo…they will just be $40 now!

Some wines that were maybe $30-$39 may well be priced up to $40, would not surprise me. My comments were to the note that there’s going to be very little under $40 wines on WineBid going forward after current inventory is purchased.

That was literally the appeal of Winebid.

Exactly. That’s why I, as someone who has followed them from the very start, have tuned into every single auction they’ve had. That’s how they differentiate themselves.

This is a big dose of negative reinforcement. One thing I see on these auction sites is a large variation in winning bid price depending who happens to look that week. In other words, this could knock down the hammer prices of a lot of wines across the board just because a lot fewer people are looking regularly.

There are a lot of stories with tech of “Harvard MBAs” coming in and telling a successful company they’re doing everything wrong. That’s really cases of trying to force a conventional template onto an unconventional business. Being so smugly self-assured they weren’t interested in examining how the business worked.

I am sure the wines you and I buy for $25 will just start at $40 and they won’t take 500 bottle consignments of $25 wines. There is no way they turn down a 100k consignment and tell someone they are cherrypicking it and to keep the 5k in $25 wines.

Stepping over dollars for pennies.

If they are cherry picking, I imagine that’d cause some sellers to start looking elsewhere to consign, as it makes little sense to look for another auction house to sell solely their under $40 wines.

Only time will tell. We also haven’t seen the language from WineBid; and I haven’t seen anything on their site about a minimum. Would be interesting to see what their position is. @MikeL238, would you mind sharing what WineBid told you?

Don’t you realize this news may have been leaked here first so WB could see the reactions and be prepared for them, and tweak the plan if needed?

I don’t think Mike’s account of his experience was coordinated with WineBid. Sounded like he was in the process of consigning some wine with them and WineBid informed him about new changes to their consignment and refused take some of his wines under $40, but I could be understanding him wrong.

That said, in the past WineBid has announced some changes to Berserkers prior to pushing it to its wider client base. Am curious to know what WineBid told Mike and to see what their new policy looks like when it rolls out.

I give you that this guy: 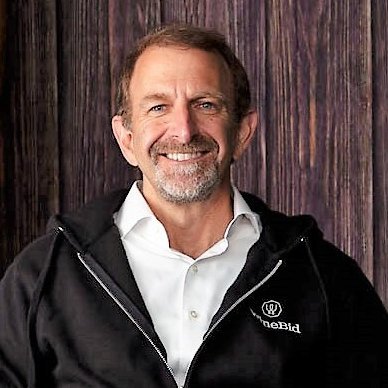 does remind me of an IRL version of this guy: 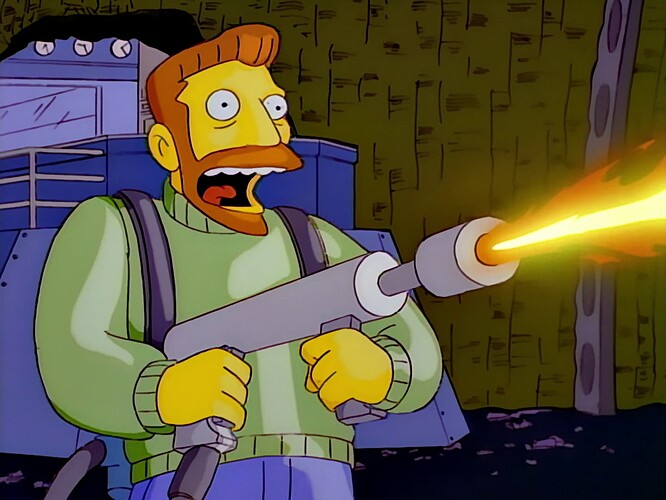 But, isn’t that a little too conspiratorial?

If they are cherry picking, I imagine that’d cause some sellers to start looking elsewhere to consign, as it makes little sense to look for another auction house to sell solely their under $40 wines.

I see more the other side of that coin, knowing a bunch of sellers. K&L cherry picks, as do others. Some people sell through both and find K&L preferable for the cherries. But, if they’re moving a bunch of stuff at once they often go with the one that’ll take it all. (Otherwise, segregate the wines into two tiers and send to both.) Keep in mind as collectors, we can hit points where we realize we have a bunch of bottles taking up space that’ll we’ll just never get around to drinking. Selling those is more about making room, and then getting the best price we can, without wasting a lot of time. A service that will take most of what a reasonable person would want to sell is valuable. If you start getting picky, you’re being less convenient to the seller. You eat away at your differentiation from a competitor that gives a better margin and higher hammer price at your own risk.

Pretty sure we’re on the same side of the coin Wes. Completely agree with all you said. WineBid was one of the easiest outlets for sellers to consign lower value wines as many other auction houses would not take them. I imagine that has historically also been a reason why some sellers opted to go with WineBid and consigned some of the higher end bottling with them.

I certainly don’t work for Winebid or was commissioned to leak this information. I realized that there is now a function where you can directly consign wines stored with GNS with a click of a button so I tried it. I was then sent an updated seller contract with an indication that they would no longer be accepting any wines under reserve price of $40 with a minimum seller commission now $8 per bottle. It seemed like it was a recent change as I have consigned some wines not too long ago. The one I consigned from the storage was not under $40 so it seems it was a general update.