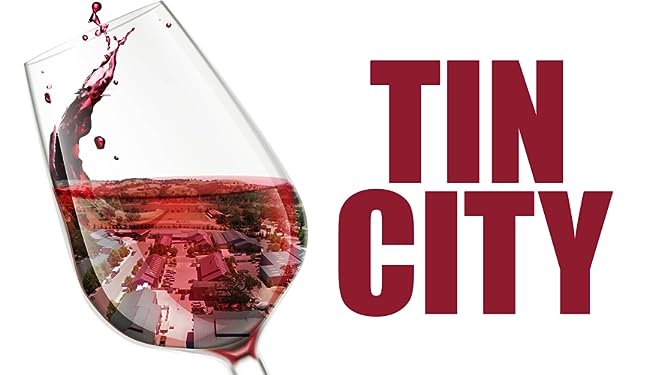 I had this documentary in my queue for a while, but only got around to watching it last night. It’s a well made, polished advertorial for a small group of producers working out of an industrial facility in the Paso Robles area. Given that I’m not particularly an enthusiast for the region, it had lingered on my Amazon watch list for a while before I clicked into it. That being said, I did enjoy it, and as/if/when I’m in the SLO region I will make a point to spend an afternoon in Tin City, since it looks like it would be just as fun as poking around the Oxbow area in Napa, even if the area appears to be much larger. They do warn visitors about the parking situation, but that won’t surprise Californians.

The producers and personalities profiled were all new to me; the only elements I recognized were when some interviewees mentioned their career paths, and then I recognized names like Denner, l’Aventure, or vineyards like James Berry. The complex (that the film focuses on) isn’t constrained to wine production either - there are distillers, breweries, restaurants, pasta, and gelato makers there too. The director seems to have a background in advertising, so the film doesn’t feel like a normal documentary where there is usually some contrived plot line or crisis point (oh no, a stuck fermentation! wild boars are running loose at peak ripeness, AYCE self harvesting!). There are lots of sequences where the sheer motion of making wine - grapes being destemmed, being crushed, hand sorted, getting ‘thiefed’ into glasses, night harvesting - are visualized well. There are some vineyard sequences, but not all that much - it’s not a Burgundy ‘kiss the ground’ kind of homage.

The area has a good thing going, and this release has motivated me to visit at some point. If the intent of funding this show was to be an extended travel brochure – it was effective, so props to that insight and investment.

I recommend the show, especially for those who are enthusiasts for the Paso area. There was another review, which covers it in more depth, if someone wants another validation prior to spending 1:19 on this (slightly longer due to commercials).

Also watch the end credits - they include the bloopers there. My one objection to the commercials is that they were inserted randomly, and inexplicably, were 90% feminine/beauty products. I would have thought the Amazon ad server would have looked at the movie content and maybe cued up strange wine gadgets (magneto aeration anyone?).