Which young winemakers/wineries are you keeping tabs on?

For me, this is part of the fun of the wine hobby. Among others, I’m paying close attention to:

This group is doing some fine things in some interesting places!

Great list! Andrew, Mike, Jeff and Jamie are on mine as well (man do I need to cut back)!

Aside the others mentioned,

I will be watching that hip cat Scott Manlin…although he ain’t a spring chicken.

My list, in addition to Jeff Ames, Bradley Brown, Helen Keplinger, John Cabot, would include:

I’m never sure of what someone else means by “young,” but here’s a list of California winemakers who seem young to me whose work I particularly follow:

All that are listed so far are great . I would like to add Loren Sonkin.
He may not be really young but he younger than me so that makes him a youngster

Not sure what you mean by ‘young’ either, but here are a few more from my area that should get notice:

There are PLENTY more to add just from this area, but I’ll leave it at that more now!

I will be watching that hip cat Scott Manlin…although he ain’t a spring chicken.

If Scott names his wine “Turd Ferguson”, I’m in for a case. 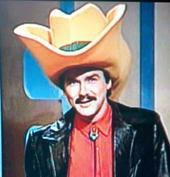 I feel challenged to come up with something different. If we define young as a name less than 10 years ITB then my current choices are
Anthill Farms
Carlisle
l’Aventure
Rivers-Marie
Tablas Creek
Wind Gap, maybe.

I have to admit that there are many good suggestions from mailers I’ve dropped.

I can’t argue with that T-Bone.

To not be repetitive, I will not recite the above mentioned, but would add;
McPrice Myers- McPrice Myers Wines & Barrel 27