What BEER are you drinking? (Part 2) 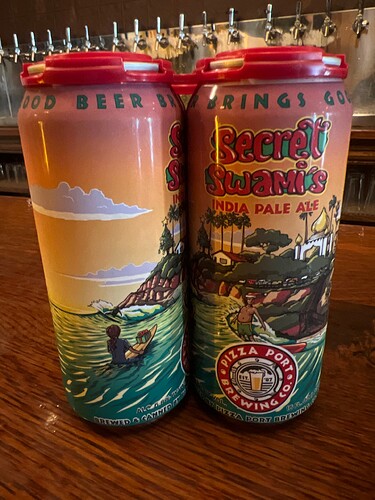 Agreed. It is my go to choice for NA beer

Calicraft was a fun one - double brown ale aged in a local bourbon society’s barrel pick. 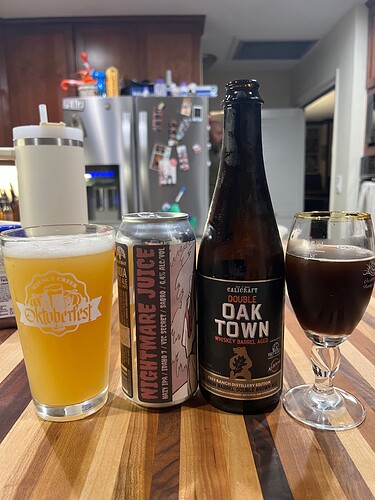 While no pictures.
I am currently drinking redredbugattibugatti by the Veil. Next up will be some Parish, then maybe a milkshake ipa & a dark mild from my brewery.

Have loved both beers I’ve had from The Veil.

They do good things. They are one of my overall favorites.

From here on out, it won’t be King Harbor or Mumford. Both closed.

Pizza Port - “Scenic Loop” IPA
Crisp and hoppy and even a touch malty in a Pilsener-sort-of-way. There’s this softness to the mouthfeel that suggests the use of a touch of wheat, or perhaps an unusual malt bill. Not as sharp as Swami’s; right in the pocket, this is a solid, tasty, well-made west coast nu school IPA.

p.s.: I actually think this would be better as a DIPA.

Nice. I need to track some down. Athletic seems to be head and shoulders above most NA beers but this Guinness intrigues me.

Some good Other Half hazys over the past few days. Haven’t been drinking much if any IPAs lately but these were great. 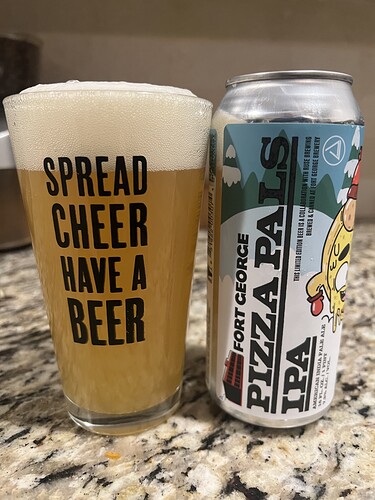 The hand pulled Header Topper I had yesterday (hand pulled from a cask like real English beer) is flat out the best beer I’ve ever had on my life. Unreal. Only available at the brewery, I think.

Hill Farmstead’s Solitude DIPA I had was also a standout from this short trip to Stowe.

Both brewed at the Ocean Beach location, where I had these on tap. The WYGC was more nu-school citrusy, whereas The Jetty was lighter in flavor profile, super crisp, and extremely drinkable.

Will have to go there next time in SD

As long as you’re not allergic to West Coast IPAs then, yes, you will have to.

Probably, the best, most unique beer I tasted last year - a must try if you ever see it on tap (kegs only available) -

Ultra exotic, with layers of lightly smoked barley, dried fruits and a fatness on the palate that seems to linger for hours - Here is what the importer says -

"Klostergarden is a small farmhouse brewery on the island of Tautra. Here, the traditional Stjordaisol malts are prepared as they have been for 2000 years. They are steeped for 4 days, then dried over fire for 20 hours using a slow burning wood called Alderwood. They use the smoked malts for a bit over 50% of the grist and then use caramel malts to round out the flavor and give it a more full flavor. A British dry ale yeast is used, which makes this beer kind of an oddity. Really traditional on one hand, but not so much on the other. The malting is done on a nearby farm called Alstaberger. A really smokey nose, but finishes much sweeter.

Alstadberger is made using alder dried malt as part of its bill which 52% Norwegian malt comes from the Craft Malt Cooperative. Using an old Norwegian recipe, smoked malt, and British Ale yeast, Klostergården Alstadberger is a unique creation and has a distinct alderwood-smoked flavor following kilning on an open fire, balanced with a good caramel sweetnes s and a rich malt body. 6.5% Alcohol." B UNITED