Thanks so much for posting these Max. We had a great time at your place. I spent so much time talking with folks that I didn’t get to many of the wines that were there. I did prefer the 2008 to the 2004 Balcombe-I May have been the only one

Im not sure how much I trust my notes - I meant to spit for the first go round, but that never works out haha

I guess I should have replied to the email…. We don’t have much OR Pinot noir
From the TN and the photos I’ve seen, it sure looks like a great night 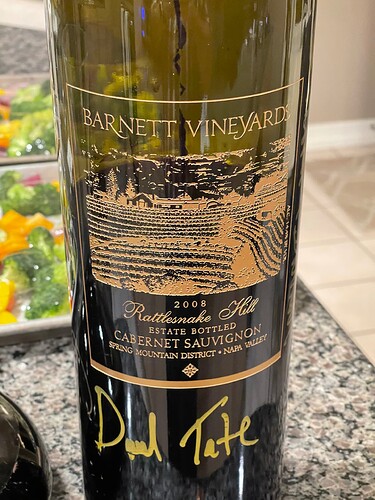 Looks like an outstanding evening, I’m sorry I couldn’t attend.

Looks like an outstanding evening, I’m sorry I couldn’t attend.

Hang in there Rick, we’ll see you soon.

No worries Mel, there will be more opportunities…I think January was mentioned and Bordeaux may have been of interest-

Awesome notes. Let’s get another one planned. My wife and I are. Loaded with OR and CA to share!

My impressions were pretty much in line with yours but as we discussed, due to difference in palates and personal preference I put the '14 Goodfellow slightly above '04 PG, followed by the '13 Goodfellow.

Lychee was the first thing that popped into my head on the R-C but maybe guava was more accurate, should have revisited it later but there were a LOT of wines!

To next time, cheers!

@Mel_Hill We missed you for this one!

@Rick_Bollig We were sorry you couldn’t attend too, but look forward to future tastings

@D_Zurcher Can’t wait for the next round, it’s been a blast so far!

@Philip_G Heck of a night! I’m referring to it as the Great Guava-Lychee Debate of 2022. I liked guava more than lychee, but it wasn’t spot on. I wonder if there were other things in there I wasn’t picking up on that were affecting my impression.

Looked awesome. Bummed to have missed. Definitely hoping that I don’t have work travel around the next one.

And turpentine vs pine?

I forgot about that one, but I still maintain that pine has a more positive connotation!

Thanks for the notes and especially for hosting @Max_S1! We had a great time. Also thanks to everyone for sharing such tasty wines. @D_Zurcher, you’re a bad influence bc now I have to seek out more d’Yquem to try

Can’t wait to do it again.