Close friends and colleagues were the high bidders. The theme was once again classic pairings.

We had a bottle of 2016 based NV Egly-Ouriet extra brut started while we prepared the meal, which was finished with the first several guests. Another bottle was opened (same wine, different label; this listed as “brut” but identitcal 1 g/l dosage, 48 months on lees. 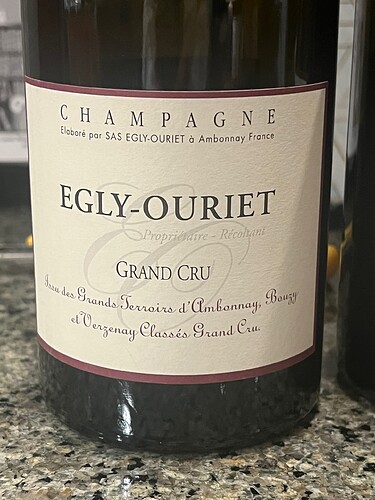 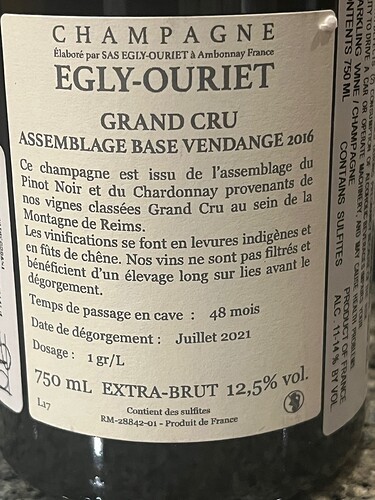 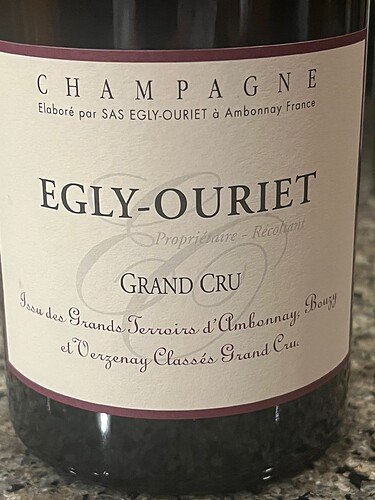 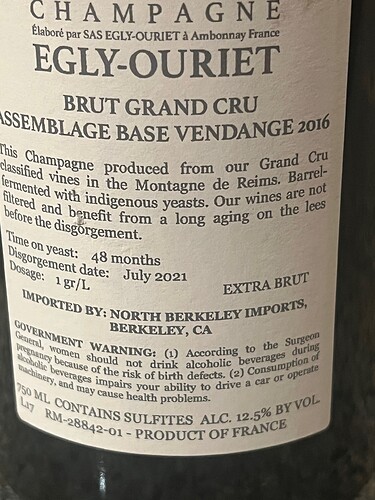 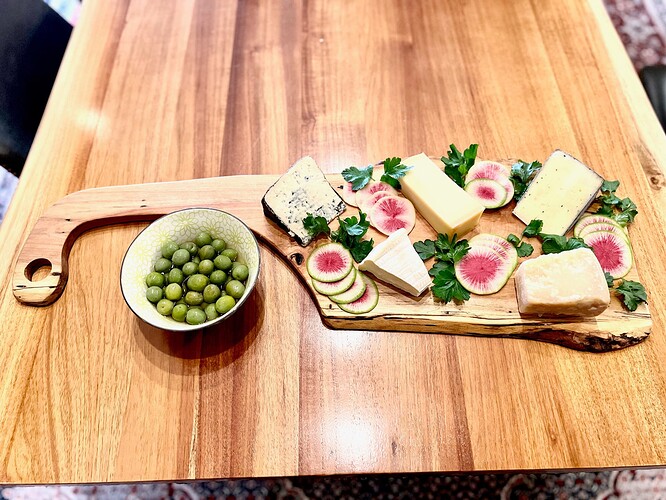 NV Charles Heidsieck Champagne Brut Réserve
I sabered a magnum. This was delicous upon P&P, but took on addiational complexity over the hours of the tasting. The reserves are deep! Perhaps my favorite grandes marques NV wine in the reasonable price range. 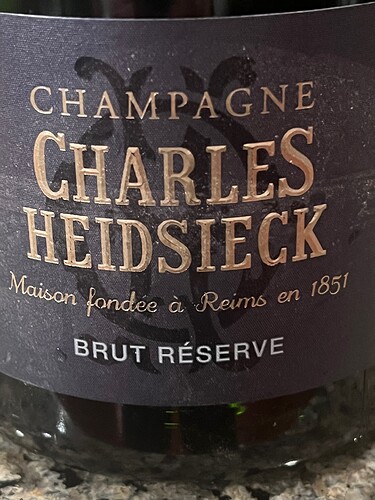 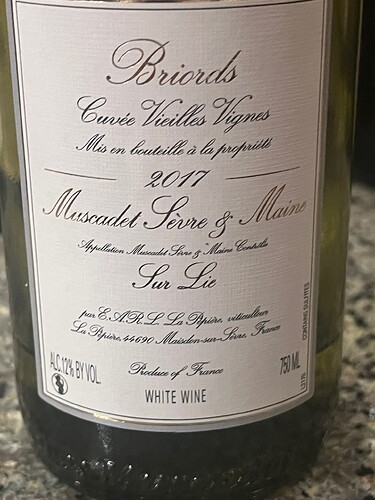 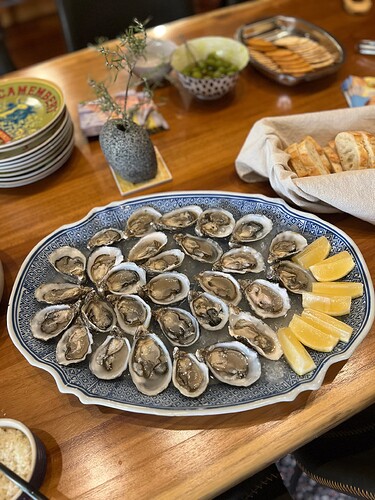 2008 Dom Pérignon
This has entered a beautiful drinking window. Opens with a flinty struck match reduction. Long and complex. It boggles the mind they can produce millions of bottles wine at this level quality annually. 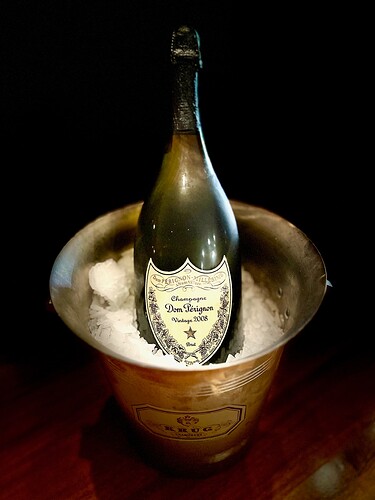 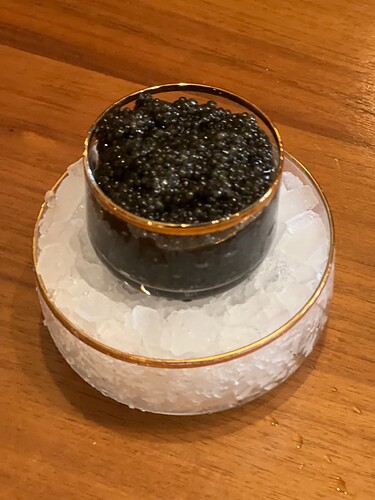 Foie gras mousse with Sauternes
Is there a more perfect match? 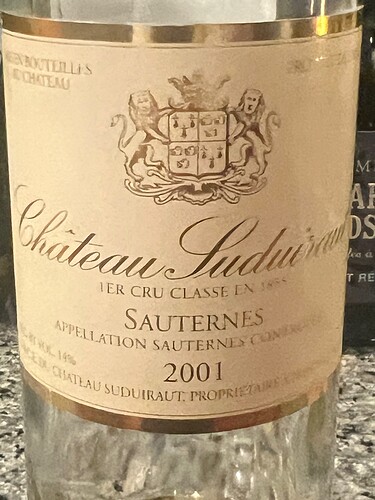 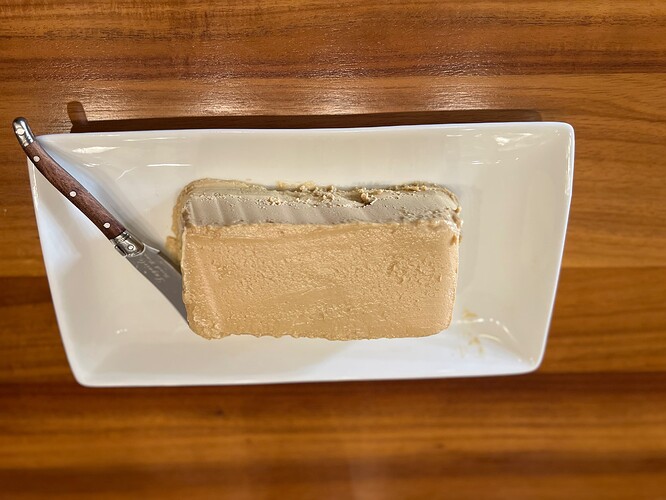 I’ve had much better examples from this producer. This bottle of '70 was drying out, and devoid of any secondary aromas or flavors. It was enjoyable to open a birth year wine for a friend, and it was drinkable (much better with food), but quite uninspiring. 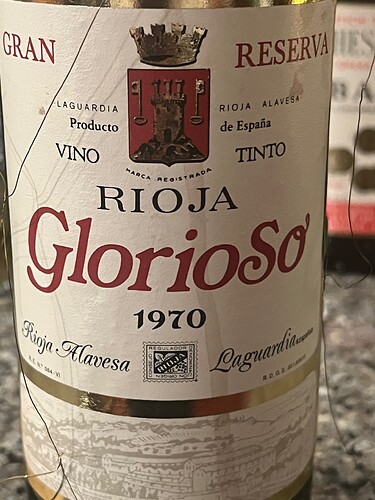 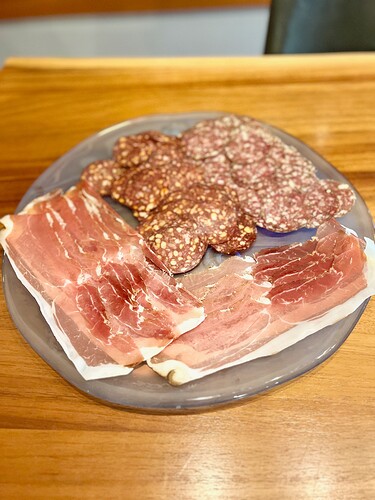 While it’s early in the winter black truffle season, these were delicious. Also, Inaudi’s egg tagliolini is the only dried pasta that rivals fresh. I also emulsified his with truffle cream in Valenti olive oil, and added 1/2 pound of butter plus a pile of microplaned Reggiano Parmigiano bigger than my head. The meal brought the wine back to life. Most guests had a second serving.

This was better than the 1970 Rioja GR, but still a bit too faded. Decanted for about 7 hours. Translucent tawny with a little garnet color remaining. Mostly tertiary with some sweet fruit. Tannins nearly completely resolved, although one could find a trace of drying on the back of the teeth. A little cinnamon, cranberry, truffle. When paired with tagliolini with fresh perigord winter truffles, Parmigiano Reggiano and more butter and olive oil than I care to admit, the wine went from undistinguished to gratifying. Nonetheless, I’ve had much better examples of Piemdonte nebbiolo from 1971. 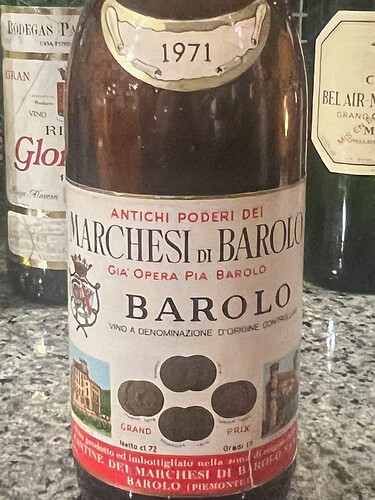 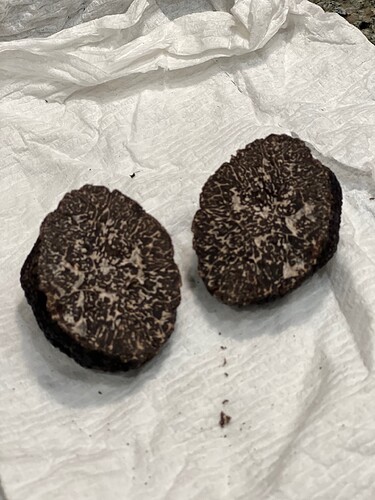 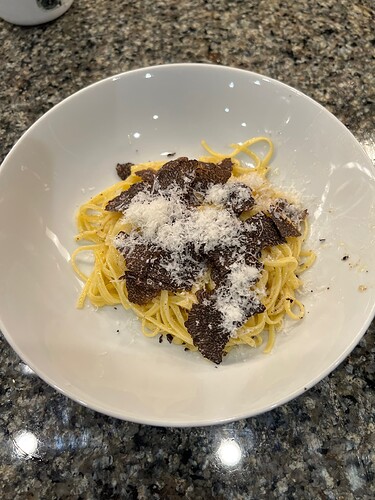 Seared Japanese A5 Waygu Ribeye with Bdx and a Merlot

Seasoned simply with salt and pepper then perfectly seared on a stainless pain. Two steaks were then cut bite sized. They were so rich, it was enough to feed our eight guests, Marybeth and me, as well the two people who helped in the kitchen. I’ve had some amazing steaks in my lifetime, but none better than this.

1995 Château Bel Air-Marquis d’Aligre
Double decanted a few hours before event. It’s a gorgeous, finessed wine. Blackberries, orange peel, black currant; balanced and subtly delicious, fine tannins. Despite stiff competition, some felt it was the WOTN. It was definitely one of the top wines we served. 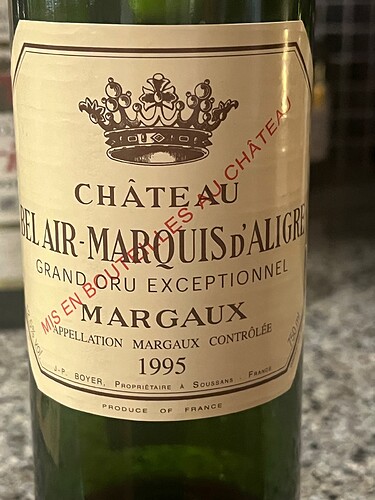 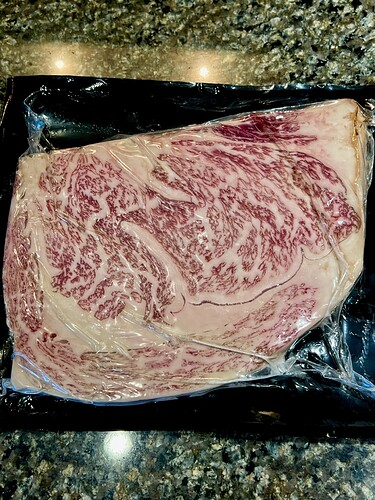 After pummeling our guests with old riojas, nebbiolos, and middle-age bdx, I felt obliged to open something in a different style that might match their preferences. I had a few sips, and while not my cup of tea, it was well made. Intensely tannic and dense, but balanced. Oaky but not overly so. Opaque dark ruby with black currant and plums. Some could not drink it, others absolutely loved it. This bottle was gifted to me earlier in the week. Leonetti was a gateway wine for me decades ago, but it’s hard for me to drink much of it these days. 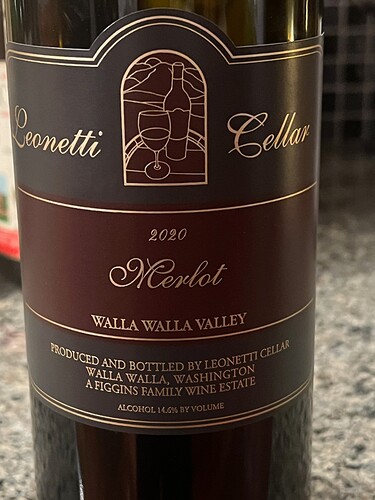 A lighter styled VP with Stilton and dark chocolate

Continuing on the theme of classic pairings:

My last of six bottles, bought for a song years ago. Decanted for sediment, but not long enough to give it adequate air. Served with Stilton cheese and 92% dark chocolate.
Low to medium density for a VP. Raspberries, dark chocolate and prunes. Good acidity kept it lively. I liked this a lot, partly due to it’s delicacy compared to some Vintage Ports. Some might find it too delicate for its ilk. 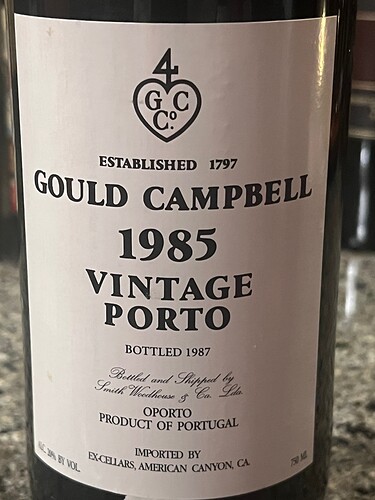 Another fantastic night of wine, fine dining and camaraderie, generating thousands for a worthy charity.

great job with the lineup and food, Warren.