This wine was recommended in a few threads on Greek reds by Gobindjit Dhaliwal. I am very appreciative of this contribution.


2015 Ktima Foundi Xinomavro Naoussea - Greece, Macedonia, Naoussa (2/27/2021)
Semi-transparent rust color with flavors of dust, smoke, and herb but the most striking and compelling element of this wine is the large swath of fine tannins. Quite integrated, this reads overall like a much older wine (e.g. 15 yrs) in its prime. I haven’t tried many xinomavro but this reminded me of some of my best experiences with Etna rosso, Bohan Ranch trousseau, and 90s barolo. A great find.
Posted from CellarTracker 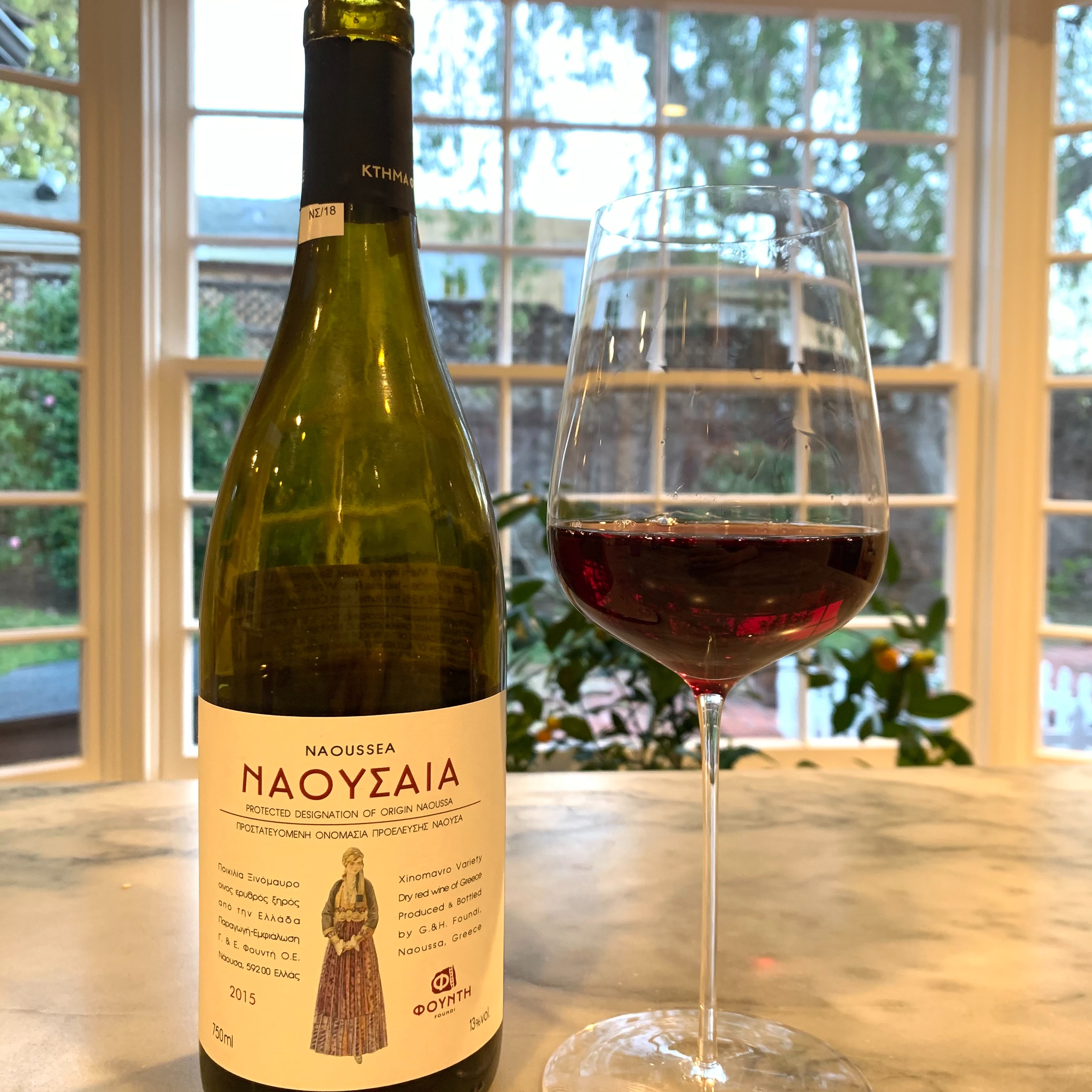 No surprise with the quality and style, but quite a surprise that it tastes more like 15 years than 5. I’ve found Naoussas to age slowly, stylistically comparable to the Barolo you cite.

I’ve also never seen this spelling before (Naoussea), always without the ‘e’.

I’ve seen a few different spellings of the name of this wine and some different labels as well. Some of the labels say “The Lady of Naoussa” and I suspect that the Greek name of the wine is a reference to the woman in traditional dress on the label.

Yiannis Karakasis discusses the Foundi technique on his site a bit:

I would say that it is a ‘traditional’ expression of Naoussa; more earthy than fruity and elegant with mild tannins (for a Xinomavro), due to the prolonged maturation in the bottle. It is usually released 5-6 years after harvest. It has been produced since 1992. The production is close to 10,000 bottles a year, but this amount is totally dependent on the whims of each vintage.

It specifically expresses the clay loamy terroir of Ramnista in a pristine but not rigid way. Extractions are in the order of three weeks, followed by 12-14 months maturation in untoasted barriques, mostly old, with the new barriques not exceeding 25%. Thus, the effect of oak is more noticeable in the structure on the palate and not in the aromas of the wine. The result is a wine which is quite silky in its texture given the variety, with tannins that have rounded off, and an exciting bouquet of spices, sun-dried tomatoes, bacon and small red fruit.