What the heck is that enclosure called on this still champagne? Take it off with a screwdriver?

Nose is matchstick and the palate is green apple, pineapple, tropical and it just keeps moving around. Maybe stone fruit for a bit. Nice. 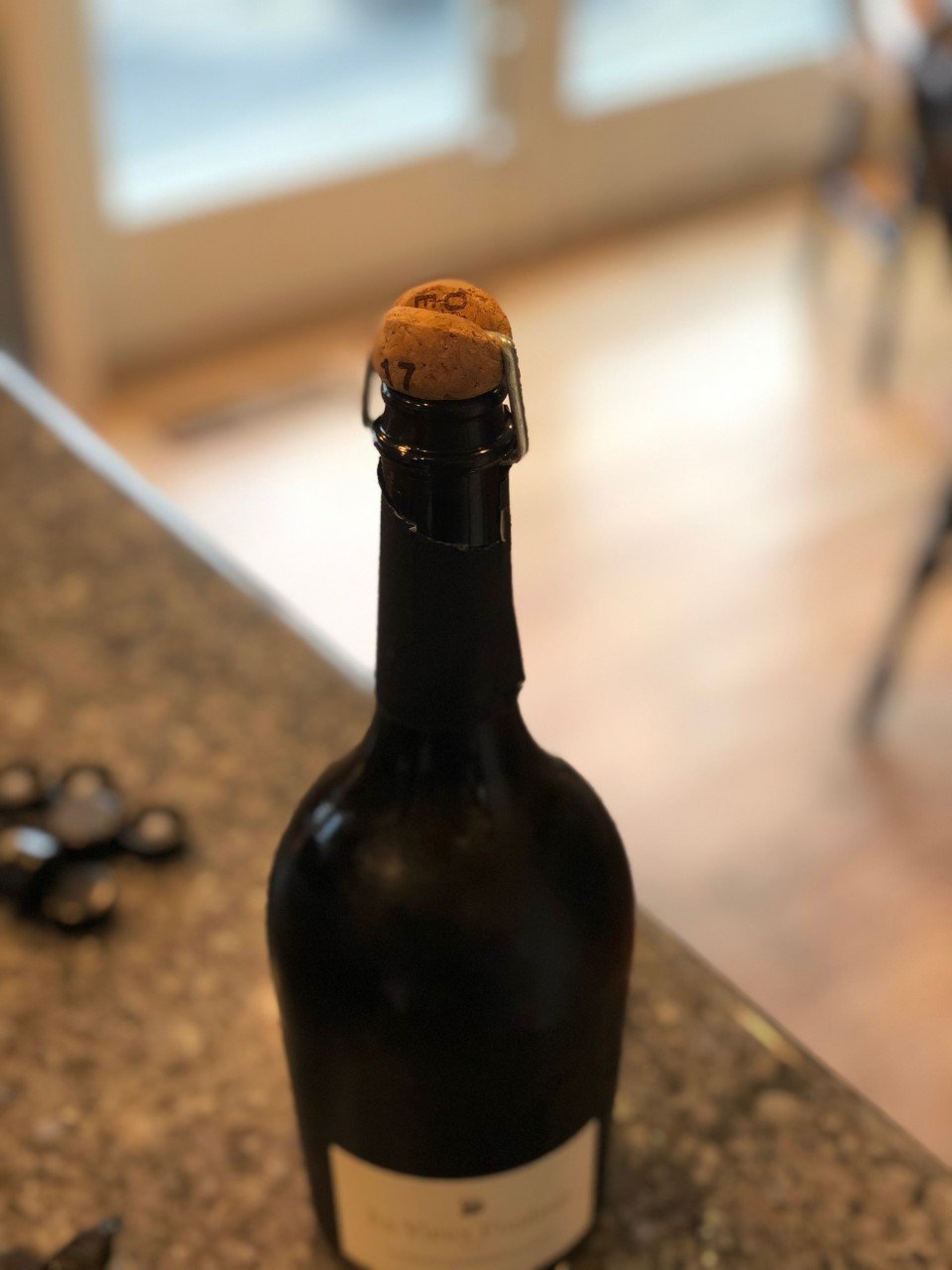 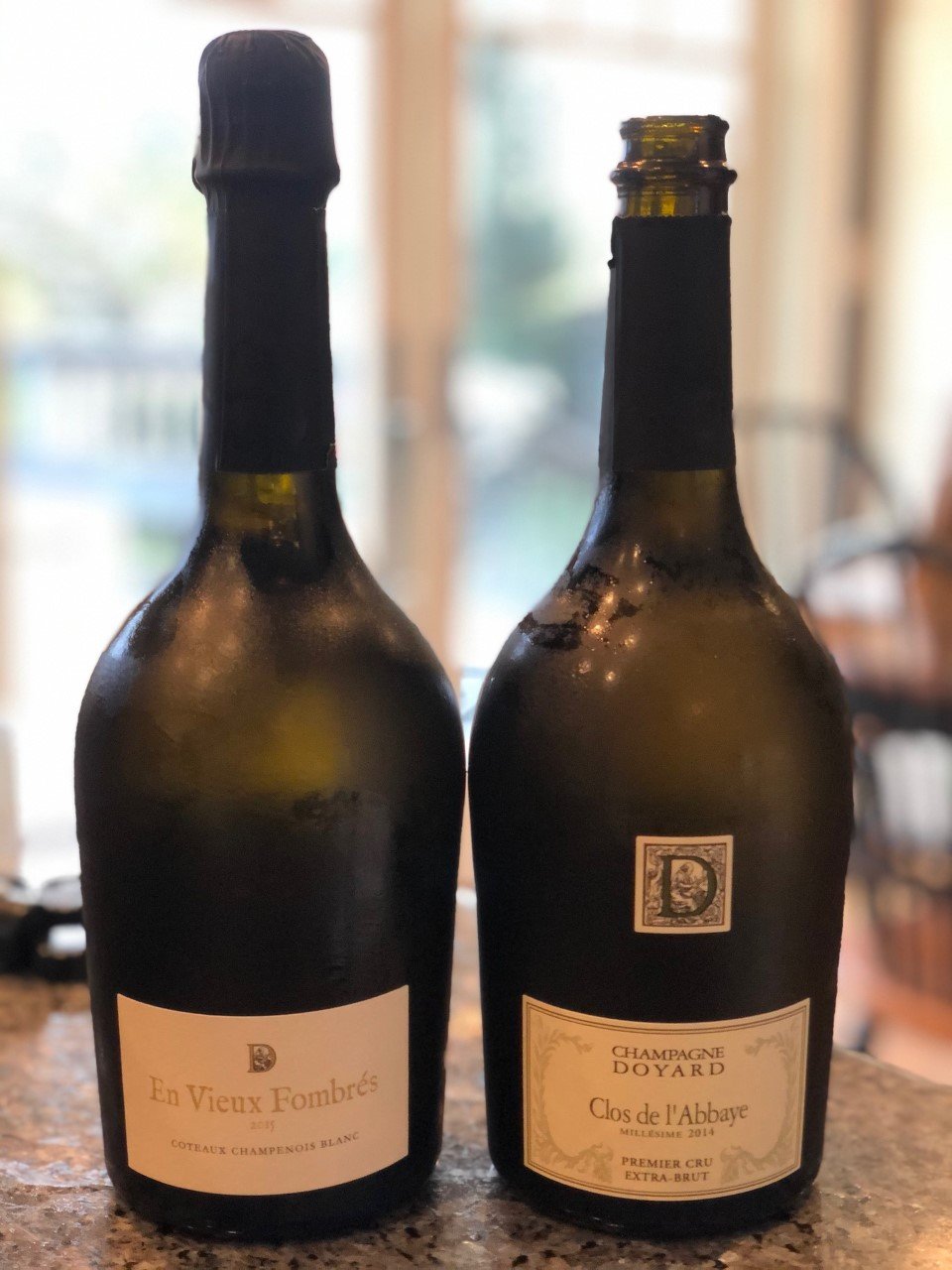 I believe that closure is often used at the winery while aging in bottle, then replaced with the traditional Champagne/sparkling cork after dosage.

I have ineed, carefully, used a screwdriver.

Brig, I encountered that enclosure for the first time a couple of years ago on a Lambrusco di Sorbara. I puzzled over it and believe I finally resorted to a screwdriver also. Here’s a short video showing a better method and giving you the name . Cheers. -Jim
https://youtu.be/qcK03-GXJ_E

It is called an agrafe or staple; you usually hear the bottle is closed agrafé or en agrafé which means ‘stapled’ or ‘clipped’. This is one of the old school ways to close Champagne though it is still used quite a bit for aging wines under cork for second fermentation. More and more still wines from Champagne use this closure type as it allows the producer to use the same bottles and corks as they do for their sparkling wines, but skip the muselet.

I detest those enclosures. I always saber when I encounter one.

I detest those enclosures. I always saber when I encounter one.

I was wondering about that, I bet that clip (agrafe) is putting a lot of pressure at the lip of the bottle where a cage (muselet) would not because it’s not smashing the cork.

After puzzling over that for a minute last night, I looked carefully and saw that the metal bar was not built into the bottle, so I just pried it out with a thick screwdriver, then the cork pulled out like a Champagne cork (just a little harder because there was no CO2 helping push it out).

Very strange experience the first time – but a really good wine. It was better liked in the tasting than the 2014 Doyard Clos de l’Abbaye Extra Brut paired with it in the blind flight.