2012 Domaine Joël Champet Côte-Rôtie La Viallière
Feral and gamey on the nose. Stem inclusion is palpable, think Levet. A truly classic CR, with saline, pepper spice, seared meats on the nose. An iron note that I’m digging. The wine has added heft since last time I tried it, less open than some other 2012 N. Rhones. This is still rather burly, chewy, rustic. Solid range of red to dark fruits, with the reds on the wild, brambly, tart side, finishing with a darker note. Faryan with the golden palate is always speaking about the Rhone Rule of 15, this one definitely needs it. Almost drinks more like a 2010. An utterly classic, backward, stoic Cote Rotie. I bought four, wish I had grabbed a full case. This wine has a long runway for continued improvement. I’m gonna leave 1/2 a bottle for tomorrow to see what evolves.
(94+ pts.). 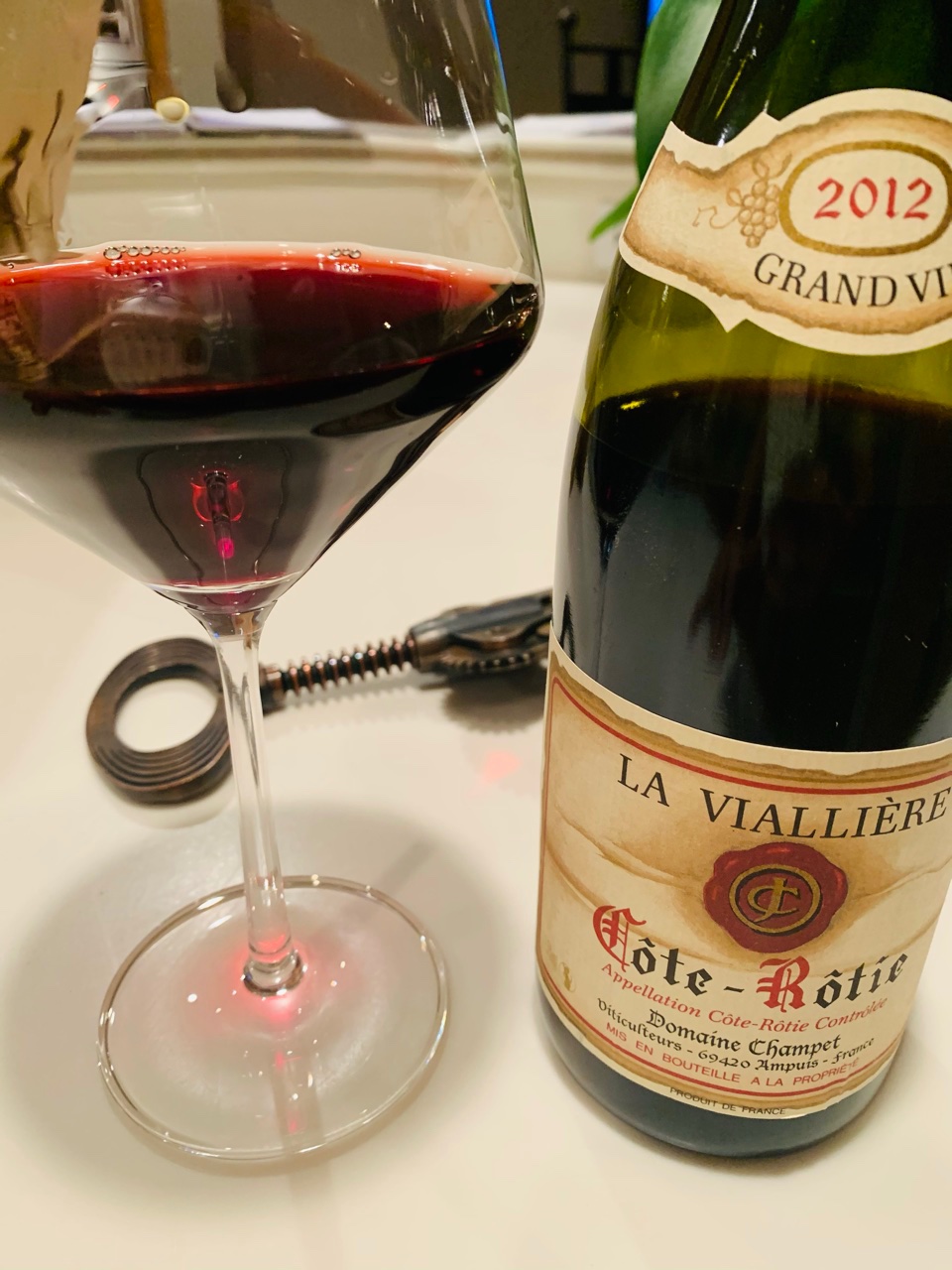 Sounds delicious. I don’t think these wines get the love they deserve.
Also, I have to say I’m a sucker for the label as well, and really dislike the redesign.

I’ve seen this note somewhere else.

Night two, this wine is the sh*ts. Highly recommend if you see it. I’d grab more.

Night two, this wine is the sh*ts. Highly recommend if you see it. I’d grab more.

Pretty sure this was the wine that introduced me to Champet and it was a knockout at the time. Good to know it’s aging well.

Pretty sure this was the wine that introduced me to Champet and it was a knockout at the time. Good to know it’s aging well.

I really loved this wine on release, but unlike a few other 2012s that I have recently tried, including the Texier CR VV and Gonon, this wine is getting substantially better.

Any thoughts on other recent vintages of Champet?

Just to mention it: while it reads La Viaillere on the label and Joel is actually living in the middle of the vineyard the wine contains a certain percentage of grapes from other sites down South …