Paul Hanna’s turn to host Monday Table and the theme was RSV. Paul organised for a table upstairs at Melbourne’s Kisumé restaurant and the Japanese inspired food worked a treat, from Champagne right through to Port.

To kick proceedings off it was a cage fight between two legendary, modern-day Champagnes. The Salon beat the living suitcase out of the Krug. It’s not that the Krug was bad, its just that the Salon is so good.

1996 Krug Champagne Vintage Brut: Quite a bit darker than the Salon. There’s some baked apple, grilled nuts, citrus and red fruits to the aroma. It is full, rich, intense and powerful. It has excellent volume and builds through the palate, finishing with loads of chalky dry extract.

Paul asked a few questions about the proceeding whites. Colin had a quick swirl and sniff of the five Chardys in front of him and said ‘apart from having no idea, I don’t really know’. It was a tricky bracket that included an Aussie smoky.

1996 Penfolds Chardonnay Yattarna: There’s quite an exotic fruit profile along with notes of nougat and smoke. It builds in the mouth and has a core of sweet, ripe peach. It is complex with a fresh finish.

2010 Henri Boillot Chevalier-Montrachet, Grand Cru: There’s a very pleasant scent of honeysuckle along with white peach and aniseed. It is a complex wine that is pure, elegant and balanced.

2010 Etienne Sauzet Chevalier-Montrachet, Grand Cru: Smells and tastes of a Pine Lime Splice. It is textured, layered like Montrachet and loaded with explosive orchard fruits. There’s a hint of spice and a sappy finish that oozes minerality.

2014 Marquis de Laguiche (Joseph Drouhin) Montrachet, Grand Cru: There’s a touch of reduction but the wine breathes to show terrific purity and energy. It has a suggestion of Ramonetesque spearmint, plenty of stony minerality and the most pure white peach aromas and flavours. It is direct, intense and impeccably balanced. It is Montrachet of great elegance and the finish drives on and on.

2004 Domaine Leflaive Chevalier-Montrachet, Grand Cru: This wine is so bound up by its matchstick sulphur. It is very fresh, tight, compact and linear. There’s some green nettle and mint along with citrus fruits. It possesses awesome cut and flavours persist.

RSV were broken into two brackets, with the older wines being served first. It was a wonderful exercise in getting to know this vineyard. Most of the wines were very much of the red fruit persuasion and the perfume of rose petals was a common theme. There’s an elegance to most of the wines and real finesse.

1972 Charles Noellat Romanée St. Vivant, Grand Cru: This particular bottle was very volatile and aldehydic. It did have a decaying rose note and plenty of earthiness. There was some vinous sweetness.

1996 Sylvain Cathiard Romanée St. Vivant, Grand Cru: Pretty red fruits on the nose are fresh and youthful. It is not particularly deep wine but is complex and focused and has a lovely silky feel against the gums. There’s some pomegranate and tart cranberry. It builds and fans out on the finish.

2007 Jean-Claude Boisset Romanée St. Vivant, Grand Cru: Has a sweet core of red berry and plum. It is a pretty wine, with floral nuance. It is only mid-weight but is engaging with sneaky persistence.

1976 Cathiard-Molinier Romanée St. Vivant, Grand Cru: Smoky, floral and punchy on the nose and showing plenty of freshly grated ginger. It is lacy in the mouth with good volume and real elegance for the vintage. Length is excellent and it was a terrific showing.

1993 Domaine Robert Arnoux Romanée St. Vivant, Grand Cru: Complex aromatics of decaying rose, compost, ginger and earth. It is full, sweet and textured. Fruits flavours are tinged with spice and really fan out on the finish.

2004 Domaine de la Romanée-Conti Romanée St. Vivant, Grand Cru: Inviting nose of sweet red fruits, flora and black earth. It is only moderate of weight but impeccably balanced. There are cherry fruits and the finish is akin to sucking on a cherry stone. A delicious drink.

2009 Alain Hudelot-Noellat Romanée St. Vivant, Grand Cru: Jube-like red and black fruits mix it up with licorice and flora. It is luscious and creamy with great intensity and a weightless airy feel. Length is supreme.

2009 Domaine de la Romanée-Conti Romanée St. Vivant, Grand Cru: A strange nose that was quite herbal and bunchy. There was certainly plenty of other things going on, including sandalwood and Asian spice. The palate was really good. Full and sweet but linear and chiselled.

2010 Domaine de la Romanée-Conti Romanée St. Vivant, Grand Cru: Extremely youthful and not a hair out of place. Cool, calm and stony. The palate is so even, with a plumpness of fruit and great detail of mineral and floral elements. It has a sensual feel and lingers on and on. Should be absolutely spectacular in a decade or two.

A couple of delicious sweet things rounded off a wonderful evening.

1989 Château d’Yquem, Sauternes: Fabulous nose of tinned peaches, coconut, vanilla, cinnamon and honey. It is full, rich and voluminous. Exotic fruit flavours envelop the palate. For all of its lusciousness it finishes energetically.

1881 Martinho Tawny Port “Reserva Velhissima”: There’s a slight smoky rawness to the spirit and the wine’s volatility punches up aromas of nuts, chocolate and raisins into the nostrils. As it breathes it has a suggestion of mandarin peel and teak. It is a complex and ethereal wine of real character, Flavours linger for a long time.

Given my Tuesday just finished with a bottle of Liger-Belair’s 2011 Reignots, I probably shouldn’t be whinging.

The dinner sounds great, as ever.

I am utterly disappointed that the Dujac did not feature. PH should be able to pluck a unicorn or two out at an event like this. For me, RSV is all about aromatics. I love it when it delivers. I’m limited in my education, but know enough to want to take the exam.

I am utterly disappointed that the Dujac did not feature. PH should be able to pluck a unicorn or two out at an event like this. For me, RSV is all about aromatics. I love it when it delivers. I’m limited in my education, but know enough to want to take the exam.

I do have one bottle of '05 Dujac RSV left, but the last one we opened a few years ago was so not ready, I just didn’t want to even consider it!

Lovely stuff. 93 in RSV is a good match - had a couple of double mags of 93 confuron rsv that were quite magnificent.

nice notes, many thanks

a wonderful Monday must have made for a rough Tuesday!

a wonderful Monday must have made for a rough Tuesday!

Yea, where is the sandpaper when you REALLY need it

There WAS some Sushi… 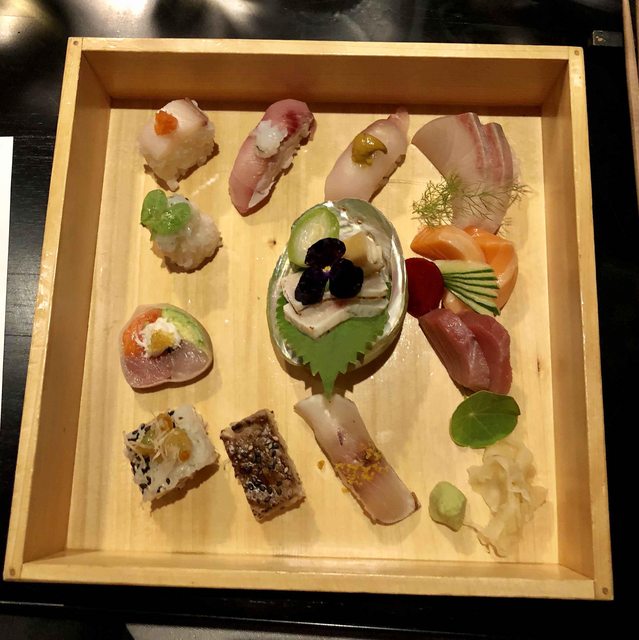 There’s a worldwide shortage Marcus. I think the Barmy Army have stockpiled in readiness for the 2019 Ashes series.

Yea, where is the sandpaper when you REALLY need it

There’s a worldwide shortage Marcus. I think the Barmy Army have stockpiled in readiness for the 2019 Ashes series.

I am sure the Australian cricket team will claw their way back to number 1 in the world, every top sports program bounces off the bottom at some point, and once your quick bowlers hit their stride on wickets like Perth I think the result will go your way

Thread-drift for sure: I’m pretty confident Marcus is right, and the yellow fortunes will turn around soon enough. Given they’ve put Langer in charge of turning around a team culture of arrogance, hypocrisy, winning at all costs and cheating, we can be confident they shall be very gracious winners indeed when it happens

Unless their batting improves pretty drastically my cricket loving mates aren’t as optimistic as some of you are… Still, we’ll see how Perth pans out over the next few days.

Jeremy, Paul, as per usual; well done. Good to see you all continue to drink exceptionally well on Monday nights!

once your quick bowlers hit their stride on wickets like Perth

I have no idea what this means but it’s going to become my general-purpose euphemism.