Need help with Pairing/Decanting Advice for a big celebration

I have a big birthday I am celebrating tomorrow, so I already have my nice dry aged prime strip steak ready to go on the grill - now I just need to pair it well! I think a Cab is likely better than a Rhone blend, but I am up for suggestions and also ideas on decanting. I’ve read a lot online and with some older wines (Which I assume these tend to be) it may be more harm than good.

Somewhat of a noob around here but I have been lurking for a while learning a lot, picking up my Grassls on Berserker Day etc so I am almost a regular! Been slowly building up my palette and learning more and more about wine over the last few years with tasting trips to Spain. Italy, New Zealand and Austria. A friend recently had to move and left a few nice bottles for me, of which I believe some are hitting peak or may have already started to go down hill so I’d like some help in choosing wisely as I do not want a dud tomorrow

Any thoughts would be appreciated on selection and handling.

how many people? How many bottles of each? What kind of crowd? I’d just pop and pour the 3 Napa wines and look at them from young to old. Decant. Your palate will improve as the pallet of wines you taste enlarges and your palette of experience increases.

Due to covid it’s the wife and I. That’s it. So just looking at 1 bottle amongst those posted.

We readily enjoyed a dmag of 1994 Silver Oak Alexander with steak over the holidays. Showing beautifully. I’d pop the 1997 and see how it’s showing. No good, you can always pop the 2007 SO.

I don’t know about Clos du Val in the late '90s, but their wines from the '80s have aged well (an '87 SLD Cab was gorgeous last year), so I wouldn’t necessarily write them off. I’ve liked CdV far more than SO or Beaulieu from that time. The '06 VT is probably just starting to drink well, so that might be fun if you want something from outside CA. I’m a fan of giving older wines a little air, so I’d decant either of those at least 30 minutes before you start drinking them.

I would go with the '06 Vieux Telegraphe, which should be in a really nice spot right now.
If not feeling Rhone, I’d definitely go with the '97, unless you want to age it more — I’d be astonished if well-stored bottle are already on the downslope.

I assume you’re not doing anything other than S&P for the steak, right?

Agreed, pop the Clos du Val and have the SO as a back up. Clos du Vals from 91 and 92 are still really nice and though beginning to fade.

I like the advice of opening all three bottles though it doesn’t sound practical in a 2 + dog situation.

2000 was an off year for Napa according to the Wine Advocate. Having said that great producers can make great wine in off years. I do think BV was having some TCA issues around that time frame. 1997 and 2007 were great vintages. The Cdv may be just fine, but you do take some risk with age. So, of the three of the cabernets, Silver Oak Napa may be your best cabernet choice given your parameters because it’s a good vintage and a flagship cab from a good producer. I’d decant it for at least an hour or two depending on your palate.

Drink the other two cabs soon though…

If you get either a coravin or Repour corks, you could easily open two or three and have them over the course of a week (coravin better for more than two times from a bottle).

Not enough time for tomorrow but always good to have something for the extra wine.

To answer a few other questions - yes just S&P on the steak. not to toot my own horn but I used to travel around the Northeast doing BBQ Contests. So cooking a steak over an open fire is a walk in the park compared to picking out wines!

And yes, I maybe could have mentioned I already have a Coravin. I use it to have a glass now and then when all I feel like is a glass. Though to me, these are expensive bottles (again I know that is all subjective) and I know Coravin is supposed to shine in these situations, but I’d feel guilty leaving 2/3 of a nice bottle or something. Since its a 40th I figured splurge, drink what I want, and i can always cork it and finish it off the following day. For the others I may do a Coravin down the road. I’ve been going through some of my personal (or gifted to me) other wines trying to lead up to some of these nicer ones. Minus the few I mentioned there were a few other gems in the mix but don’t really pair well with steak.

Will be a fun learning journey

Thanks for the advice!

Have you thought about opening with a nice Champagne?

Not sure why you would rather recork with a regular cork rather than Coravin, but that’s the perfect situation for the Repour bottle stopper.

Happy Birthday Eric!
Opening an unknown wine for a big milestone with big expectations can be a bit of a roll of the die. I am trying to put myself in your position. I think that you should trust that your friend left you some decent wines. I am sure you have already done some “homework” on each of them. The 2000 Georges De Latour just seems to be calling out “choose me”. Its a twenty year old wine for the two times twenty year old!. You will be drinking it in 2020 and there is that forty again as twenty and twenty. Nuff said?
Enjoy your company and your celebration.
Cheers!

Not sure why you would rather recork with a regular cork rather than Coravin, but that’s the perfect situation for the Repour bottle stopper.

Because I’m likely over thinking things as I usually do.

If decanting is suggested could I use the Coravin to fill a bit into a decanter? I just always assumed (maybe wrong) a decanter is meant for a full bottle.

Always learning something - thanks!

Have you thought about opening with a nice Champagne?

Tonight we celebrated with my in laws in a small group and I brought over the one nice bottle of bubbly I have on hand - from Eric Rodez. It’s my sister in laws bday too so was a nice celebration for us all

I took it out of the wine fridge for ~1 hour and used the Coravin to fill two glasses and let that sit for 45-60 mins prior to drinking. Came out very nice. Moderate tannis, got some leather and really nice fruit in there. Very nice balance between the salt/fattiness of the steak and the wine. 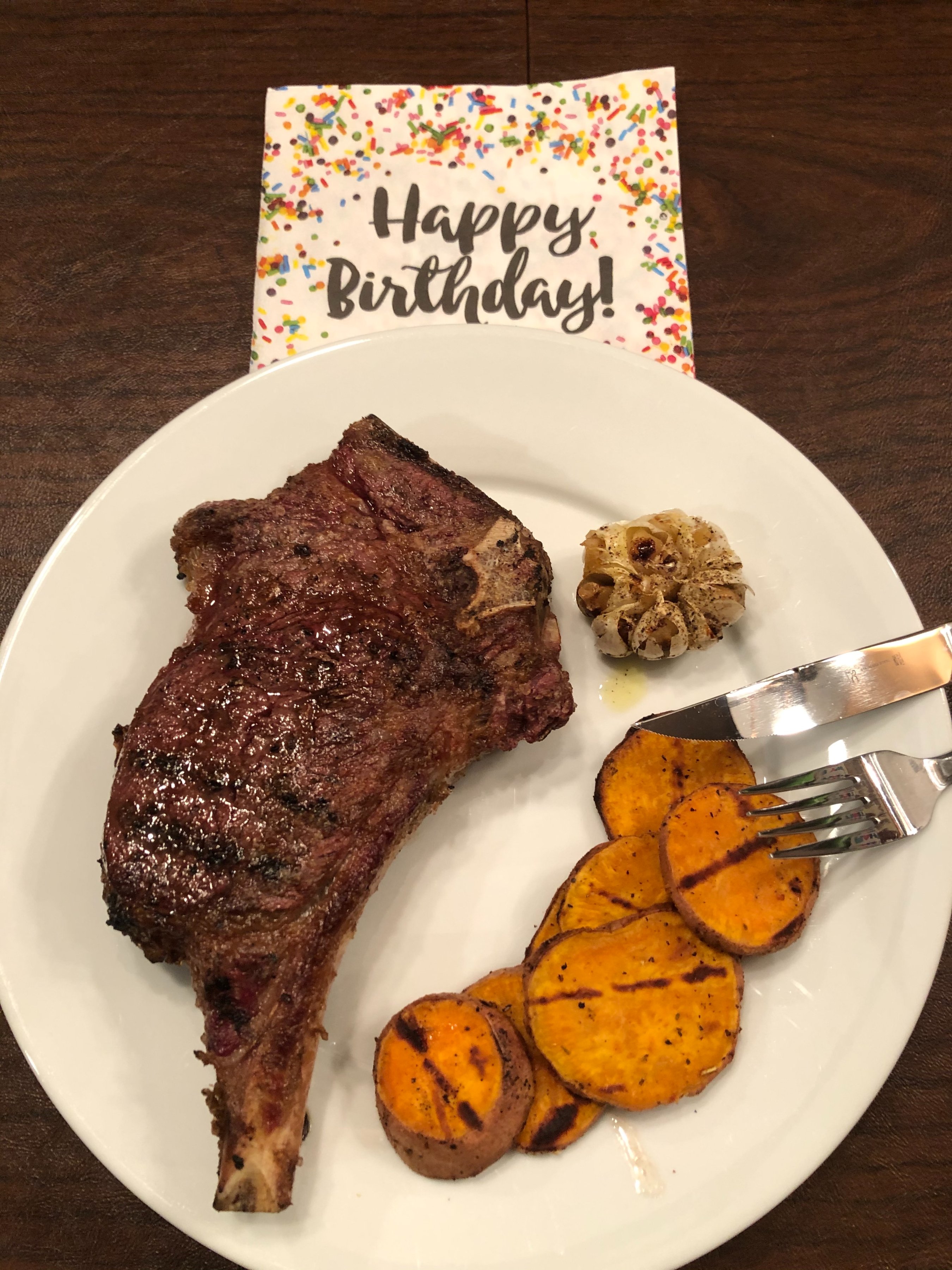 I didn’t see this beforehand, but the Clos du Val and the BV were the ones I would have though need to be opened relatively sooner than the other three.