Randomly saw 2 pretty large eurocaves (5 ft? tall) at a secondhand store in DC. At North Capitol St and R. They’ve been there for at least a week. If anyone wants I can swing by and look at the price, get pics and other info. Its on my bike ride to and from work, so no problem. I snapped 1 pic tonight.

What’s the name of the store? I’m out of town till late Monday but might go straight there to check them out and purchase! Thanks!

What’s the name of the store? I’m out of town till late Monday but might go straight there to check them out and purchase! Thanks!

David - “REALLY?”, do you remember your last experience purchasing a wine cabinet? Are you already lining up movers off of Craig’s List?

HA!!! I briefly forgot. But these do sound quite a bit more manageable than 8’ tall Le Caches.

Its called the Flea Market Store on North Capitol St, NE between Quincy and R opposite the Firehouse Restaurant and the Pub and the people. Just north of the intersection between North Capitol and Florida. Cant miss it as he always has his stuff on the sidewalk. I stopped by today and he plugged one in for me. That one worked, they are otherwise in okay shape. He doesnt have the keys, so you can’t lock them. btw, he doesn’t open when it rains. So ifs it rains tomorrow, you will have to wait.

They are the eurocave confort viellitheque. Doors are solid, not glass. Some pics. 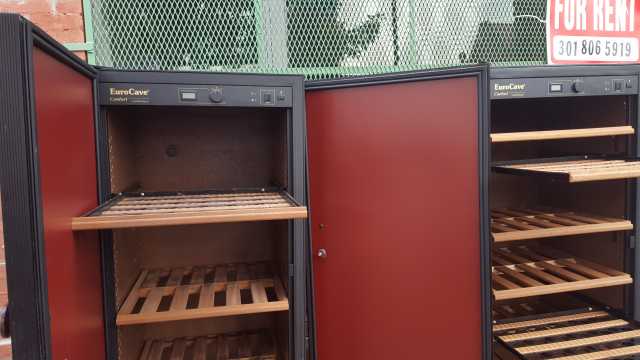 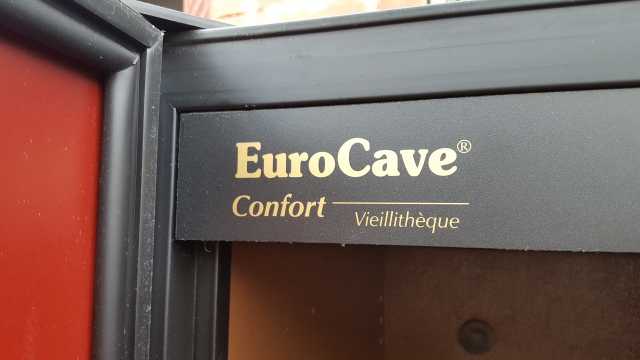 I bought the other one on sale (there were three in total from the auction). Based on the plate inside, it was manufactured in September 1999. I’ve had it for about a week. After some routine maintenance – wiping off dirt and mold, new carbon filter and battery for the LCD temperature display, a thermo/hydrometer to tell me if it’s holding its stated temperature – it’s running well. It’s quiet and is holding a 55 degree temperature and 60 degree humidity. Mine came with 6 sliding shelves and 3 fixed, but I seem to recall the other ones had fewer shelves.

Thanks as well. You didn’t list a price so I assume it’s negotiable?

Thanks as well. You didn’t list a price so I assume it’s negotiable?

I dunno. you would have to go there. He usually has really good prices and hes always negotiated stuff I bought in the past.

Anyone buy these? I saw that they were gone.