Anyone really into drinking Tea?

What are your favorite teas? Any you cannot stand?

I enjoy good tea, but don’t find myself rushing to buy expensive teas online like I do wine.

For Chinese teas, I’m satisfied with TenRen teabags (easily found at any asian grocery market). Loose leaf Chinese teas I’ll have on some weekends. Some standard types I like are Oolong, Jasmine, Dragon Well, and Tieguanyin ( loosely translated as Iron Goddess). I haven’t dabbled in Pu-erh which the tea fanatics get riled up about. Aged, ripened, vintage, all that stuff.

For western teas, I like loose leaf Earl Grey and Lapsang Soochong (it has a smoky aroma similar to the
worst of the 08 CA pinots haha, or a peaty Scotch).

Lapsang Soochong (it has a smoky aroma similar to the
worst of the 08 CA pinots haha, or a peaty Scotch).

Ooo, I’ll have to try that- I love peaty Scotch!

Care, careful, you’ll get this banished to the Politics forum!!

My favorite lately is Rooibos and my least favorite is Lapsang Soochong.

In Taiwan, maybe 10 yrs ago, we had some really wonderful tea (Ooling, IIRC). Very fragrant and delicate. Even went to a tea house in a tea plantation once–kind of a gazebo surrounded by tea bushes. They also have tea sets for sale everywhere, vast collections of them in the stores.

I like most teas. We have a solid Thai chain in the Northwest with an extensive tea menu, and I love trying new ones each time. I ordered some sort of green tea a few weeks ago, however, that smelled like canned green beans. I never send anything back, but I sent that one back. I’ve had lots of green tea, but I’ve never had one before that was vegetal. I wonder if it was the tea equivalent of TCA? A defect? Anyway, I got a monkey picked oolong instead that was fantastic.

For sheer comfort, my favorite tea is the one my grandfather made every Saturday morning-- Lipton, with honey and lemon.

I dabble. We load up on Mariage Frères when we can. Zingerman’s brings in some really good First Flush. Used to order more on-line from different importers. Visited the only tea plantation in the US a few weeks ago too.

When I was at Alinea last summer, I had a pu-erh from the 40s which was mind-blowing. Like a great Burg in terms of the complexity and earthy depth. I have managed to contain myself and not order it though. From someone I knew a long time ago, the tea auctions in Singapore put wine auctions to shame.

You can buy tea online? I hope there aren’t any waiting lists for allocations.

No affiliation. This is a reputable site for pu-erh and other Chinese teas.

I keep about 30 or 40 different loose teas at home. It depends on my mood… love Pur Eh in the mornings… a nice sencha, monkey picked oolong or imperial gyokoura (sp?) in the afternoons… I have several roobios teas for the evening. Egyptian Chamomille is nice before bed. I also like Silver Needle (white) as an all day tea. Lapsong is a fabulous winter evening tea, but it is very strong aromatically. There is a blend from Teavanna, called “to life” that incorporates red, white and green teas as well as some fruit elements. It is my go to summer tea and especially good “iced”… while I used to like earl grey, I think I have developed an aversion to bergamot oil and rarely drink it. If not coffee in the am, Pur Eh for sure, nice strong black tea (with a nice, not jittery, stimulant effect)… White teas are great for anti-oxidants.

When I’m home I have Chinese Keemun Black tea every morning. In fact I leave the tea ball in the pot that last me three days. I also like green tea at my favorite Japanese restaurant, but I really can’t find one that I like for home use.

For some reason when I’m in Telluride I mainly drink coffee. 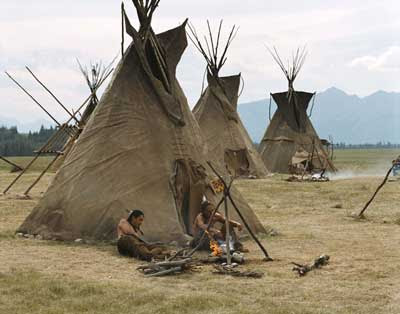 And my favorite “special” tea is their Amber Oolong Select, from Taiwan. I also have other Oolongs, including a Tung Ting etc. Oolong can vary between nearly green to nearly brown, I prefer the brown ones.

For normal drinking – if we’re home in the afternoon and want a cookie or something, Earl Grey is good. For years I drank Jackson’s of Piccadilly but now I have a stronger Earl Grey from Upton.

While I am into Japanese food, I have found it difficult to brew green tea that I enjoy drinking. If someone else does it (like at a restaurant) I am OK with it, but I haven’t found a green that I really like. My neighbor drinks Lung-ching, dragon’s well, and I’ve tried Ti-Kuan-Yin as well as the Japanese Gyokuro. Nothing. Maybe I’m doing it wrong. I know green tea requires lower temperatures for brewing…

I do like white tea, and Pu Erh on occasion. Pu Erh is strange stuff. Some friends brought me a solid brick of the stuff from China, you chip some off the edge when you want to brew it. It smells like when I was a kid and I would make tunnels through the big pile of leaves that my parents had raked up. A little rotten, the original “sous bois.”

At last I know where the term comes from! Bravo, Linda!!

OK, on the pu-erh teas, what are the flavor differences of the raw or cooked versions?