Discussions and questions (vintages, winemaking, etc) for those ITB. All are welcome to post.
Post Reply
21 posts • Page 1 of 1
Message
Author

I'm working on a winery business plan, and would like to get some "real world" feedback. What do you think is your estimated production cost per case - not including asset overhead, but with crush crew and salaries figured in?

Pretty broad question so Ill give you a broad answer. $10-60 would be my experience for a producers less than 5,000 cases making mostly PN and some whites. Size of winery matters a lot, as well as cost of fruit and winemaker(if salary not in COGS, if consulting then in COGS). Amount of new oak, time in tank, bottled in 10-11 months vs. 16-20, etc. all have pretty big implications as to the final cost of goods sold(COGS).

COGS is the amount you write down when you sell the case and does not reflect the actual cost to produce the case. YOu would have to add in General and Administrative expenses to get that number. Basically total expense divided by total cases produced.
Drink to remember not to forget!
ITB- Proprietor & Winemaker Foursight Wines, GM Londer Vineyards (RIP 2001-2013)
Top

Mary Baker wrote:I'm working on a winery business plan, and would like to get some "real world" feedback. What do you think is your estimated production cost per case - not including asset overhead, but with crush crew and salaries figured in?

Thanks, Joe and Thomas, but I'm aware of the formulas. Unfortunately, my client has no clear plan yet. No idea at all of production, timelines, etc. He's looking to me to guide him in those decisions. So what I am hoping to include in his business plan are a few "real world" estimates, like ... a winery of X size experiences $X cost per case ... so he can see that there's a range. I would also like to compare the "real world" numbers against my purely math-driven estimates.
Top 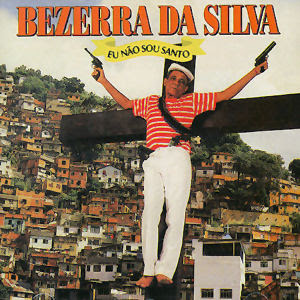 I would think that most wineries would be adverse to revealing that info on a public forum, no?

The inevitable "My $150 cab costs HOW MUCH to make? They're ripping me off!!!!!!!" thread would be epic....
ITB Retail
É prohibido prohibir!
Top

Hehe, so true. But I figured the smaller producers wouldn't mind so much. Or someone could just message me. I'm not desperate for the feedback, but it would help me make a firmer presentation.

And I know exactly how that epic thread would go ... it would start exactly as you describe, then the next wave would go on-and-on defending market forces, and then it would turn to speculation of wine list manipulation, and next would be the inevitable complaints about shipping in the fall when it's too hot/cold, and by that time, everyone will have forgotten the OP.

If you can come up with "real" numbers for a business plan, it wouldn't be a plan; it would be an actuality.

Having said that, the real numbers depend on variables, not the least of which is how grapes are sourced, type of facility, target wine market, and so on. In my opinion, knowing the real numbers of another winery's production costs without the benefit of the variables isn't knowing enough.
T*.Pellechia
Top

It's my experience that the formal Cost of Goods Sold for small wineries is 40-50% of the retail price of the wine.

This is one reason why selling into distribution @ FOB (50% of retail) is so problematic for smaller outfits.
All for the Love of Pinot!
www.roadhousewinery.com
Top

Eric, you are exactly right on both counts.

And there is more...

Most producers here value "direct sales." And as Eric points out, if you are small, and can't get your wine direct to consumer, your profits can decline to near-zero, quickly. A lot can happen in the three years from harvest to bottle. There are a lot of wineries sitting on a lot of unsold 2006 Cab they were unable to sell off in the last recession. Direct sales do best when the economy is doing great. Not as well in a recession or on the wake of one.

Also, things like earthquakes... all that lost wine in Napa was not insured because earthquakes are not covered in insurance policies and even if they were, the deductible would be $40,000+, enough to hurt or destroy a small producer's profits.

Having to pay most of the expenses of a wine right away, while waiting for revs in 3 years, is a risky business.I would say that having profits equal to expenses is the profit margin one should aim for if you want to guard against the tough times, and sell direct. If you sell wholesale and your profits are even 1/2 of revenues, you are doing really well, in my book.
ITB, text me anytime at 707-266-4168
Top

Want to make a million in the wine business..........
Immaturity-my life, not my wine.
Top

Want to make a small fortune in the wine business...
Top

Try this. Click on the grapes link. Loads of data

Thanks, Michael, I already have that data.
Top

Mary, perhaps you could create a Wine Plan goals/costs model then others in the biz may be able to comment on your draft projections, which you can then extrapolate to your final Wine Plan.

Thanks for the suggestion, Jim, but the plan and spreadsheets are already done (taking into account increasing productions each year) and submitted. As I said before, I don't need any instruction on how to do this. The budgets and projections I created at Justin filled 9 legal pages with a point 9 font. But it's been awhile and I just wanted to see if my "rule-of-thumb" numbers were still tracking with reality as I know the cost curve has increased dramatically over the last 9-10 years. Also, I don't believe the UC Davis numbers are reliably applicable for this client, so I had to cherry-pick my data.
Top

As a former consultant to wineries building business plans for their management, owners, investors and bankers, I can say unequivocally that there are NO rules of thumb, period. The only constant variables are: one liter is .26472 gallons and one case (12x750ml) is 2.37753 gallons. EVERYTHING ELSE including tonnage yields, juice yields, production cost, aging losses, bottling cost depends on the grape source, location, plan, style, participants, etc. etc. I've seen costs per case of $60 to $600. The timing, as Roy correctly points out, of cost inflows and outflows is critical to map out correctly. Most people and especially most accountants don't understand/respect the value of good cost accounting so most "actual" data out there is crap. Hence all the referrals I used to get from Silicon Valley Bank for my consulting business, "Accounting for Taste." Until I, stupidly, did a business plan to start my own brand...
Virage Napa Valley
Winemaker, Owner & Shipping Clerk
Top

My cost is around $100 case as an Alternating Proprietor at an urban winery in Los Angeles. That's with bottles, printing, corks, fruit, winemaking etc. On top of this comes barrel costs, cold storage and the transportation costs. It's more than I'd like to pay, for sure, but it will have to do for now.
Sabelli-Frisch Wines

Our accountant used $96 per case for cost of goods. The grapes were ours and there was no cost as part of the COG.
Stephen Pepe
Clos Pepe Vineyards and Estate Wines
Santa Rita Hills, CA
Top
Post Reply
21 posts • Page 1 of 1