A few of us on the Auswine Forums organised a Rockford Wines Tasting at the Radisson Blu Plaza Hotel (one of the very few hotels to do byo for a nominal charge). I was very impressed with the food and service and will certainly be going back.

For those that don’t know, Rockford is an iconic winery in Australia, built on providing very good wines and supporting growers and buyers through the good times and the bad. The Rockford Basket Press Shiraz is rated as Exceptional on the Langtons Classification (the closest we have to 1855 Classification) and is rated as a 1st Growth on this scale. Rockford is unique in that it could charge twice the amount it does for its wines but chooses not to, call it old fashioned but it garners a lot of respect and admiration amongst buyers (similar to Wendouree). The Basket Press Shiraz can be had for around $57 a bottle and often is flicked straight to auction for around $90-120 a bottle. As you can imagine getting onto the mailing list (Stonewallers) takes a few years. 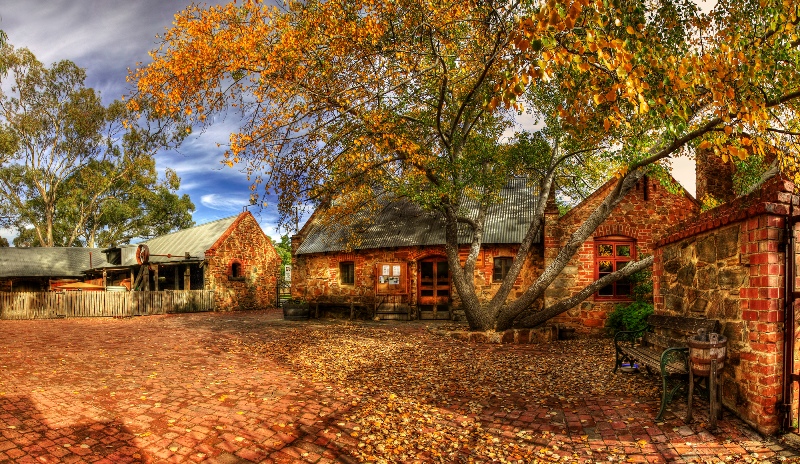 No doubt you can tell by my avatar I’m a bit of a fan boy of the label.

Brief notes on the wines – Please bear in mind I may sound critical - in isolation I’d gladly drink any of the wines we had on the night and rave about it - here I had the chance to split hairs. It’s like sleeping with Miranda Kerr, Adriana Lima, and Candice Swanepoel and then bringing up Miranda’s pointy elbows…

1998 Rockford Semillon – oxidised characters, and initially tart, but softened at the back of the palate with a bit of sweet fruit coming through and some good Semillon secondary characteristics bread, lemon, candied pineapple. Shame it was affected.

NV Rockford Sparkling Shiraz – Not sure what year this was purchased, but it was fairly flat and not too much zest left. I still enjoyed the jubey, blackcurrant sweetness, but it missed the acidic zing which makes special and could have done with a bit more chill.

1996 Rockford BP – To me this was fully integrated right now, the tannins had fully resolved, and the secondary/tertiary characteristics were just starting to appear. The fruit of plum was soft and supple and the tannins soft. Not as lively as the 96 I had recently but still a fantastic drop.

1998 Rockford BP – This was probably the WOTN. Lovely dark fruit and lots of structure still evident, it was in a perfect place right now. I sat on this one for quite a while and loved the mouthfeel. I’d be hard pressed deciding to drink now or wait a few more years. Be nice to see it at 20 years.

1999 Rockford BP – This was a bit awkward after the 98, to me it felt older, neither here nor there, the fruit was a bit more leather and dried fruit like the 96 but it didn’t have the structure of the 98 to add the complexity. Still a wonderful drink.

2002 Rockford BP – Still quite primary, with bright fruits and tannins but with volume turned down if that makes sense, as in it never was a young brash wine. Hints of Ribena and cola. Great length and feel. A cardigan wearers BP.

2003 Rockford BP – Was a bit porty at first with quite noticeable VA, can’t remember if it was a hot year or not. I left it in the glass for a while and it did settle down a bit. Hints of rancio and dried fruits slightly detracting from the lively fruit of plums/blackcurrant. Dare I say a bit Parkerized?

2004 Rockford BP – This was kind of blown out of the water by the 2004 SVS Flaxman. It’s the quintessential BP for my tastes. Nice fruit and complexity without being over the top. In a good place now to drink if you like the younger style with a bit of age.

2009 Rockford BP – Lots of fruit, great mouthfeel and tannins, blackberry, plums, which come bounding out of the glass. I remember it being one of the biggest on the nose.

2010 Rockford BP – Latest release, this was drinking sensationally for a current release wine. I think I have 8 bottles of this left, no chance seeing out 5 years, I just won’t be able to keep my hands off it. Great balance, real purity of fruit. Almost a drink now style of wine.

2004 Rockford SVS Flaxman – massive wine, real iron fist velvet glove but not in the mold of Mollydooker et al. Huge gamey, wild nose, which kept on changing in the glass and had you going back for more. Like all the fruits had gone to the Dark Side, big structure and acidity helping to keep it in balance. Would love to see this again in 10 years.

1998 Rockford CabSav pre Rifle Range moniker – Proving 1998 was very kind to Rockford this was a smashing wine. Great balance and fruit, people are often unsure how the lower tier wines of Rockford age but this proves they can with the best. Lots of spice, dusty tannins, blackberry, cassis, more in the Margaret River camp than Coonawarra.

2007 Rockford Rifle Range – I have no memory of this. But apparently we had one.

Fantastic Night all up with great company, food and surroundings. (although I was feeling pretty ordinary the next morning).

Sorry about the pics they were a bit of a rush job at the end of the night. 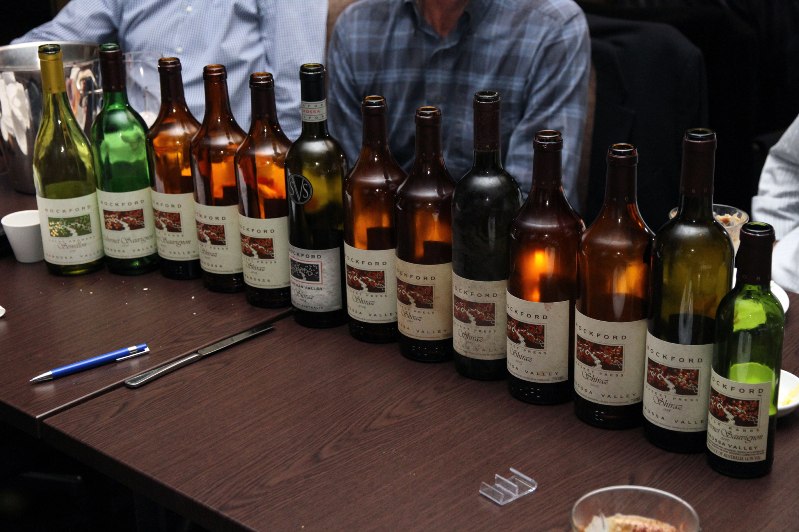 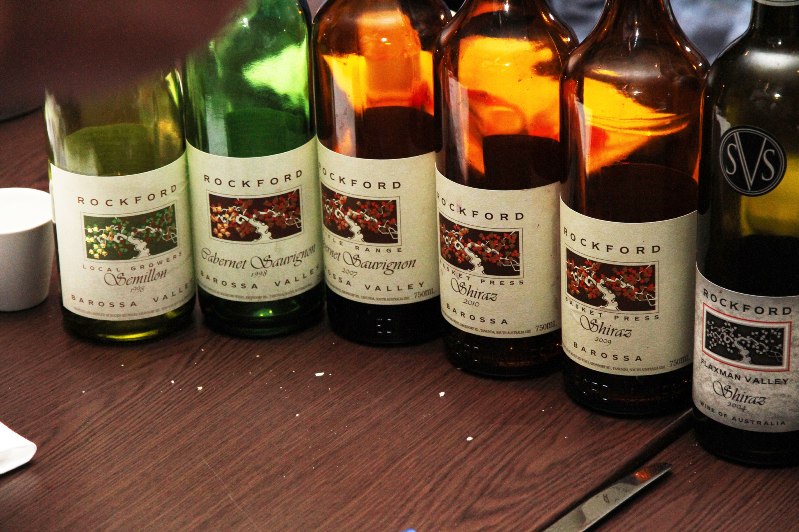 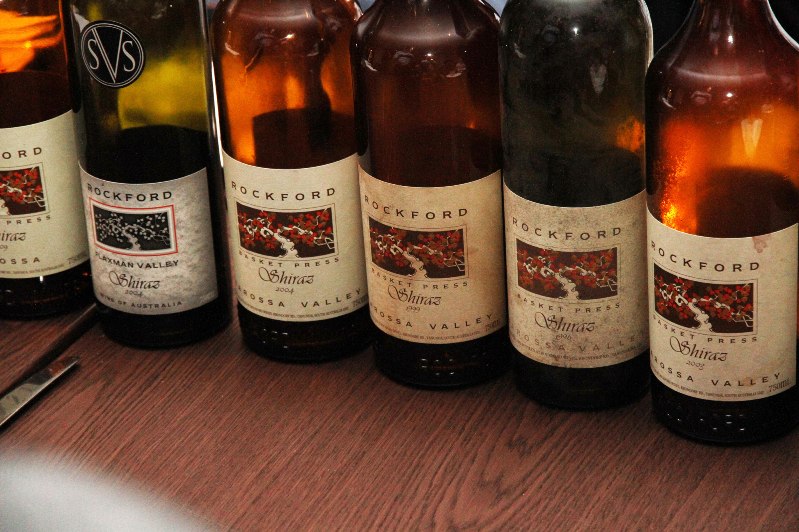 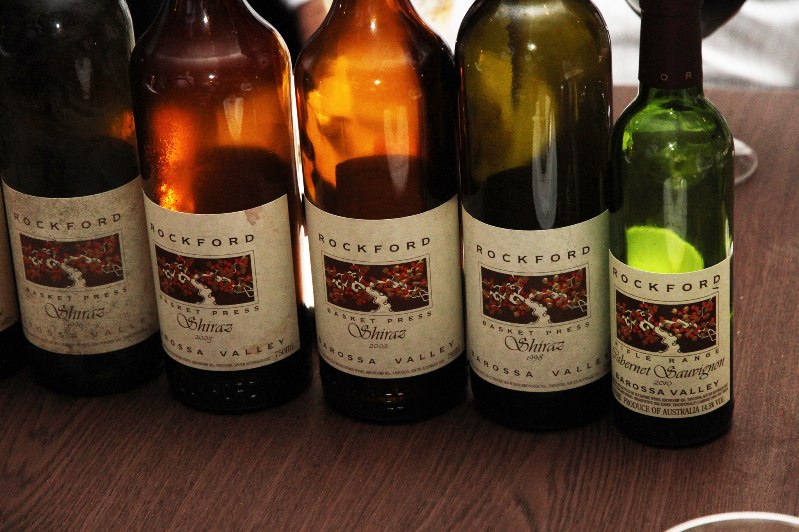 Seems like a load of fun. Thanks for posting.
Top

Agree with Mike, I love these posts on Aussie wines we never see here. Thanks and maybe one day we go for the continent-wide wine tour.
"Never lose sight of the fact that it is just fermented grape juice" - a winemaker and negotiant in Napa Valley, CA
Top

Thanks for the notes. I am a lapsed stonewaller and have all of the pre 2009 vintages of BP in my Melbourne storage unit. Great to see the vertical tasting and to get a sense of how the wines are traveling.

What is the difference (stylistic) between coonwarra vs. marg. river? Thanx
Find something you love....and let it kill u....Charles Bukowski
I cannot escape the ravages of this man....R.Alfert
Like dancing Satyrs in a woodland Bacchanalian revelry (Lol..WTF Alfert?)

It's interesting that this basically isn't sold in the US. WSPro shows only 7 retailers carrying the wine, and all of them from 2001 and earlier.

It feels like this is always the case for the ageworthy and classically-styled reds from Australia -- they are difficult or almost impossible to find here. Yet there is Mollydooker everywhere you look.
Top

Dave English wrote:...
1998 Rockford BP – This was probably the WOTN. Lovely dark fruit and lots of structure still evident, it was in a perfect place right now. I sat on this one for quite a while and loved the mouthfeel. I’d be hard pressed deciding to drink now or wait a few more years. Be nice to see it at 20 years. ...

For me, you put Rockford on the map. Thanks!

That '98 sounds incredible. Love that you wonder what it'll be like in 20 years.

To paraphrase (my bits in italics)

In Margaret River, by contrast, cooled as it is by the ocean breezes, as being extremely well-suited to the Bordeaux varieties. The style is very much in the elegant, eucalypt-dusty, fine blackcurrant end of the Cabernet spectrum. Blended with Merlot, producing distinctly regional wines - quite different from those in Coonawarra - with elegance but intensity, and that hallmark aroma: like walking through a forest of tall gum trees at dusk. (more fruit forward and brighter)

Nice line up. I have a few BP 2004 tucked away after visiting (quite) a few years ago now but have yet to open one. It's really a unique winery to visit. I did have a more recent Rifle Range a couple of weeks ago, 2009 or 2010, which was a bit too ripe for my tastes. Interesting to note that this is not widely available in the US.
Top

Fan of Rockfords and the BP's especially, have been a Stonewaller since it began, although don't get to the cellar door to get the SVS wines much....

Think the '96 will also turn out a similar beauty, although there does seem to be some variation.
Top

Great notes Dave, was a top night.
Definitely the 98 was very eye catching, easily one of the best barossan Shiraz I've ever had, and I'm typically not that enamoured with that vintage.
I wasn't that taken with the 96, probably a bit harsh but was in the shade of the other bottles we had recently.
Being a Stonewaller is a real treat, Rockford arguably inspires more customer loyalty than almost any other Aussie winery. Plus the lunches are superb

Paul, those 86s sound fantastic, was that even the first vintage released?

Shame these wines don't have more presence in the States, I think they would help repair the damaged Aussie Shiraz reputation.
Top

Thanks for sharing Dave! I have a single mag of the '01 resting of this one - maybe in 5 years or so? That picture of the cellar door sure is beautiful - CHEERS.
Top

Michael Ryan wrote:Great notes Dave, was a top night.
Definitely the 98 was very eye catching, easily one of the best barossan Shiraz I've ever had, and I'm typically not that enamoured with that vintage.
I wasn't that taken with the 96, probably a bit harsh but was in the shade of the other bottles we had recently.
Being a Stonewaller is a real treat, Rockford arguably inspires more customer loyalty than almost any other Aussie winery. Plus the lunches are superb

Paul, those 86s sound fantastic, was that even the first vintage released?

Shame these wines don't have more presence in the States, I think they would help repair the damaged Aussie Shiraz reputation.

So Paul what time do you want us around with some snags for a BBQ and the 86?

So Paul what time do you want us around with some snags for a BBQ and the 86?

Just talking to Jeremy about the '86 (BTW do you know him?).

Looks like a Rockfiord visit coming up soonish....
Top

Sorry for the slight thread drift, but had the pleasure of visiting the Rockford Cellar Door a few years back and brought back a few bottles of the 07 Basket Press - any recent experience with this vintage and any ideas on drinking windows? We have fond memories of our trip to the Barossa Valley and will wait for a special time to crack it open.
Top
Post Reply
16 posts • Page 1 of 1