Erica and Ken graciously accepted an invite to join us for a Zoom event on May 30th at 5PM PT/8pm ET to discuss their wine. I've lauded their wines to every ear I could find via every avenue I could. I have found their chardonnay to be some of the best made in the New World and can stand up to any white burgundy at the same price point (if not better). They along with other producers in the Willamette Valley have shown that the Chardonnay (and pinot noir) being produced in the Valley are as good as anywhere. Walter Scott currently produces five Chardonnays and eight Pinor Noirs from different vineyards in the Willamette Valley.

I first learned of their wines when Jason Bray gifted me a bottle of the 2012 Walter Scott Chardonnay (no longer producer, now it's just the La Combe Verte). I opened it with a few of my friends at dinner and was blown away by the complexity of the wine. I texted Jason exalting the splendor that he had gifted me and immediately purchased a mixed case of their 2016 Chardonnay release. I have then made it my mission to spread the cult of Walter Scott Wines through the internet. So I was excited when they accepted my invite to participate in a zoom event 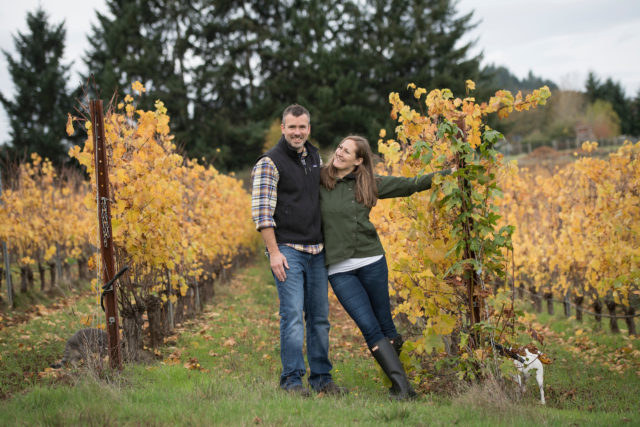 A little about the winery.


The name Walter Scott honors two men who meant the world to Ken. Walter, Ken's grandfather, was a flight engineer for Trans World Airlines. Walter always strived to make his dreams become reality. He was dynamic and adventurous; he did everything from building homes to riding motorcycles to flying planes. His influence taught Ken that there are no limits to what you can accomplish when you set your mind to it. Scott was Ken's nephew. Although his time was short, Scott was fearless. Much like his great grandfather, he never shied away from anything. Scott’s departure taught Ken that life is very short and you must act on your ambitions because you never know when your chance will pass.

Walter Scott Wines’ first vintage, La Combe Verte Pinot Noir, was produced in 2009 at Patricia Green Cellars where Ken traded harvest labor for winemaking space. For the following two vintages, Ken changed location to Evening Land where he began working alongside Dominique Lafon. In 2011, Walter Scott began making Chardonnay, which contributed significantly to both their growing production and group of loyal followers. In 2012, Ken and Erica began leasing their current winery space from the Casteel family of Bethel Heights, which is situated on Justice Vineyard in the Eola-Amity Hills American Viticultural Area, a sub-appellation of the Willamette Valley AVA. To help accomplish this big move Walter Scott needed some support, so Ken and Erica invited some friends to become part of the business. Sue and Andy Steinman joined the Walter Scott team just before the 2012 harvest.

At Walter Scott, freshness and purity are qualities that we crave in the wines we make; we strive for this through attention to detail in our cellar. French oak is used exclusively and gives us the structure and textures we believe enhance our wines. Each small fermentation and distinct barrel is treated as an individual component of a larger vision. We bottle small lots of single vineyard wines, as well as practice the craft of blending and bottling wines that show classic characteristics of Eola-Amity Hills or the Willamette Valley as a whole. Our intention is to make balanced wines with the signature of place and structural integrity that will allow them to age.


Instructions for the Zoom Event

TO BE PART OF THE EVENT, PLEASE READ THE FOLLOWING. THANK YOU.

Theme: If you own Walter Scott Wines (or don't) open a bottle and join us. If you want to purchase any for delivery please check their website https://walterscottwines.orderport.net/ ... t-Releases

We'll be muting everyone's audio so we can eliminate background noise. You'll also be optioned to turn on your camera if you like...just come to learn, share and be part of the fellowship we are creating. 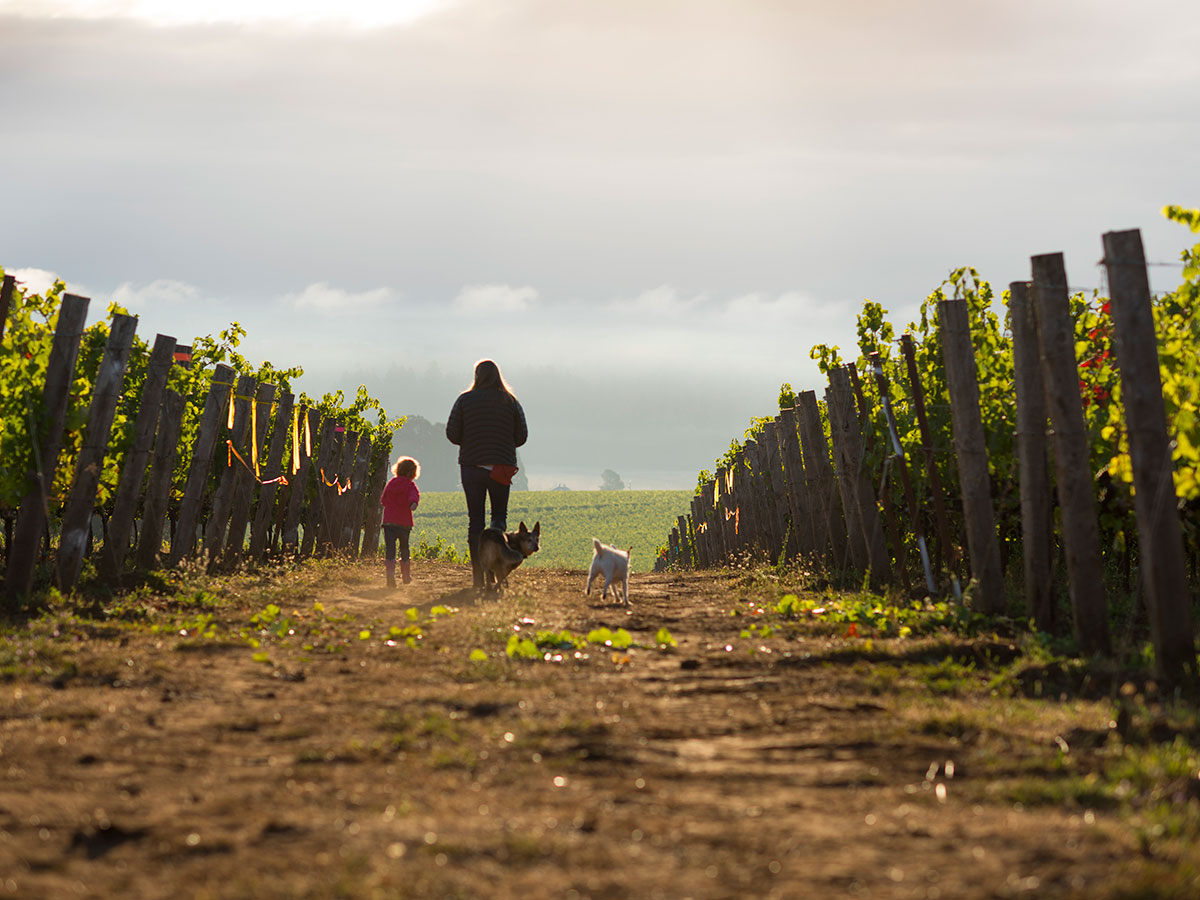 Cool! I’m going to start with a poxed White Burg then on to a 18 X-Voto and enjoy the show!

Of course I will be there. Big Fan...

Thanks, Charlie. Happens to be my 35th and, at least in this environment, I can't think of a better way to spend it!
IG: davidswine
Top

Gotten a lot of messages. Will leave them as unread until we have the zoom link ready so I can reply in order as they come!
Ch@rlie F|_|
"Roulot is Roulot"©

Seems exciting and Walter Scott has certainly piqued my interest. Just placed an order on their website for a mixed 6-pk. Looking forward to hopefully getting it before the Zoom (fingers crossed)!

Dude, this is awesome. So stoked!
Top

updated and sent links to everyone. We are about half full right now.
Ch@rlie F|_|
"Roulot is Roulot"©

Anybody on the East Coast want to sell me some Walter Scott? Been meaning to buy some for a while and it's too late and hot to come across country in time for next Sat. I'll buy a few from anyone who just has too much and wants to help a brother out. Thanks.
@decaturwinedude
Top

I think I’ve messaged back everyone that’s asked. We are at roughly 65~
Ch@rlie F|_|
"Roulot is Roulot"©

Sounds amazing! Hoping our event that evening gets cancelled - then we can join! (if space permits of course

I’ll over send about 20 invites based on people possibly not showing.
Ch@rlie F|_|
"Roulot is Roulot"©

I had the opportunity to visit Walter Scott last summer- amazing winery, better wine, and even nicer people.
“I will describe Gamay as Pinot Noir’s New Jersey cousin: It drives a Camaro, it tells dirty jokes, and it’s a whole lot of fun to hang out with.” Jared Hooper, Faith & Flower.
Top

Rob Michaels wrote: ↑May 26th, 2020, 9:29 am I had the opportunity to visit Walter Scott last summer- amazing winery, better wine, and even nicer people.

Any Berserker deal for the Zoom?!?!?

What a great opportunity... the barrel samples might be challenging though? Will be hard to decide which of the many awesome bottles to open.

I opened the 2018 X-Novo chardonnay last night, fully intending to save some for tonight's zoom, and somehow the rest of the bottle disappeared.

Hey charlie! can I get in on this zoom? would love to listen in!
Top

Should be a special promo code for all those on the call, right? Maybe a good question to ask them in person

Apparently I'm lazy, have a narrow agenda, and offer little in the way of content and substance (RMP) (and have a "penchant for gossip" -KBI)
Top


James - Mine is likely chilling at the same location as yours! We'll be going with the 2018 Seven Springs Chard tonight. Cheers!
Top

Yeah, I don't feel like making the drive to the offsite today, so I'm leaning towards a delayed 30 hour pobega of a 2018 X Novo Chard.
Top


Highly recommend a decant on this. I opened one two weeks ago and it needed a few hours to come out.

Put half the bottle into 5oz containers and I’m gonna drink the last one tonight.
Ch@rlie F|_|
"Roulot is Roulot"©

A naive question perhaps. If I asked for an old world exemplar or analog for Walter Scott's Chardonnays what would you say? Interested in the entire range from the "enty" Combe Vert up through the single vineyard bottlings.
Age merely shows what children we remain.
-Goethe

But I've just noticed that my mind is asleep.
-Rimbaud
Top

Nice, I did a quick inventory check downstairs and I found a couple bottles of the 2011 and 2014 Dumb Ox PN.

James, go for a Dumb Ox or one of the 12's. Dumb Ox is performing today. More later...
Glenn

Should be a special promo code for all those on the call, right? Maybe a good question to ask them in person

Well, case purchases receive 10% off and complimentary shipping for orders of 6 bottles or more from Walter Scott.

In conjunction with yesterday's Morrell Wine Zoom Event with Walter Scott and Lingua Franca, Morrell has marked down their inventory of WS and LF wines. Less expensive to buy directly from WS, but a chance to backfill some older vintages.
Top


Highly recommend a decant on this. I opened one two weeks ago and it needed a few hours to come out.

Put half the bottle into 5oz containers and I’m gonna drink the last one tonight.


Appreciate the heads-up on the decant. Looking forward to rolling into this around 8pm!
Top

Thanks Glenn. Actually enjoyed the 2012 CDO PN at a holiday party in December. Smart to decant because I think that they are still tight. I'm leaning towards the 2014 TH PN and 2015 FH Chard. Times ticking and I need to make a final decision.
Top

Chillin before the event starts. The '18 Freedom Hill is fire.

Roughly 95 invites requested and sent out. So figure there will be people that don't show up cause they forgot (about 9 invites are sitting in the outbox unread).

Password?
Neils Bohr had a horseshoe over the door to his country house. A visiting student said to him: "you don't believe in that, do you?" Bohr replied, "of course not," and added, "but you don't have to believe in it for it to work."
Top

dude, that sashimi is fire!!!
Apparently I'm lazy, have a narrow agenda, and offer little in the way of content and substance (RMP) (and have a "penchant for gossip" -KBI)
Top

is this over subscribed...no way to get in
Top

Awesome session from the parts I could catch! I was trying to listen in while prepping some live lobsters. I didn’t realize how much work they are and how long it takes to kill/clean/prep.

Apparently I messed up my phone muting. Apologies!

Thanks to All. It was another exceptional event.

Great event - lots of interesting info, content, and people! Thank you to Todd and Charlie for organizing and moderating.
E _ W i 1 s o n
Top

What were the tasting highlights? Will this be posted online?

I opened a 2014 WV Chard from Walter Scott. Was ~$25 from Full Pull. Good acidity, had that ‘saline’ quality, perfect balance. Amazing QPR...damn it, why did I only buy one.

I was very impressed with 12 Dumb Ox PN.
Glenn

I missed this. Is there no recording?
Top

I missed this, too. Really hope the video will be posted.
Audrey
Top
Post Reply
54 posts