This is my first post here (But hopefully not my last). Now, i'm by no means a wine connoisseur, but it's something that certainly interests me as I get older. I am currently into watches and vintage silver bars.

Before I get into why I am making this post, if this is in the wrong category or wrong forum entirely, I apologize and have no issue with this post being taken down.

SO, recently I came into possession of an unopened bottle of champagne Cuvée Dom Perignon Vintage 1969.I am aware that Dom Perignon is a higher end brand but get totally lost when it comes to vintage bottles. I tried googling it but could find an exact label match to the bottle I found (With the side parts alongside the main sheild). If it is allowed, here is the link to pictures of the bottle I found ( ). The bottle was found on a shelf in a basement where it sat for many decades. The basement doesn't have humidity and is cool year round (Northeast USA) My question is, is there any way to tell if the contents of the bottle are still good without opening it? Also, I am not the sole owner of the bottle, but I am interested in making a fair offer to the other party involved with this bottle to gain ownership to start my collection. How would I go about finding a fair price for this bottle?

I am a member of a few forums on different collectibles so I understand it can be annoying when a total noob comes along and posts stuff in the wrong sub, so my apologies if that is the case.

Any help or insight would be greatly appreciated!
Top

Value looks like roughly $925, give or take a bit, based on the auction price listed on cellartracker.
A s h i s h A g r a w a l
Top

1969 is an exceptional year for Dom Perignon. I have never had the wine- though interestingly I will be opening my one and only bottle in December, so will have a TN soon. From good storage, the 1964 and 1966 are still singing, so depending on the temperatures this endured it may well be quite good.

This bottle has some ullage, but to my thinking not too bad given its age. Ullage refers to the level of the fill. The measure varies depending on the type of wine and shape of the bottle. In champagne it is often measured from the bottom of the foil. To help us all a bit further in guiding you, if you have access to the bottle please measure the distance between the bottom of the foil capsule that covers the cork and top of the bottle and the fill level of the wine and report the measurement here.

Temperature will be a key issue, and it is especially problematic with Dom Perignon because the wine is so widely distributed in the United States, and back then would have been available at many liquor stores. Even if the recipient stored it well, you never know if it was purchased at release from a good retailer or if it was a gift that had sat for a few months on a store shelf. Importing practices were not so great then either. In this instance, location potentially works in your favor as the odds are a bit better than if you had found the bottle down here in Texas. To the extent you can, at least find out the approximate basement temperature in the home. Probably too late to get details of acquisition- but ask if you can.

Color is another key factor and must be evaluated in person by an expert who is well versed in the subtle differences in bottle color over the years as well as what good examples should look like. But at the least you should be able to see a light shining through from behind. If the wine is very dark in color or not even transparent- not good.

There should still be a very little bit of effervescence remaining as well. If you gently tip the bottle upside down and back up again, there should be just a few small bubble generated.

If you can establish the color is good, then it is time to make an offer. The prior poster is correct that the last two auction results for this were just over $900 including buyer's premium. Prior to that, it was in $670 and $530 for the two 2018 sales reported. This is consistent with the 64 and the 69 though at slightly higher levels- there has been a strong uptick this year in the value of old champagne at auction. The most recent retail price I can report from a reputable London broker (the safest way to buy old Dom) is 425GPB- or around $550 USD, and that was within the last 2 months.

The bottle is something of a risk because you do not have strong assurances it was stored at 55 degrees or less its entire life. Provided you can get comfortable with the basement temperature being consistently below 60 degrees, you can find a local retailer or expert who can tell you the color is good, and if it passes the effervescence test I note above- then I think a reasonable offer on your part would be $400-500 for the bottle. If you cannot get satisfactory results on any one of these three "tests", I would suggest passing entirely. Heat damaged Dom actually has some flavor and character to it as long as it has not been totally roasted, but once you have tried pristine bottles you will look back with revulsion on such experiences. When the wine is heat damaged and in old age, that lovely cream and light caramel texture becomes like drinking peppermint candies.

That price I suggested may seem a bit low, but keep in mind those 2 recent auction results included buyer's premium- so at the most the original seller got net proceeds of around $750, and at that price I am assuming the bottles must have been in pristine condition or had impeccable provenance- neither of which apply here.
ITB - Cellar appraisals
Top

It’s hard to tell in pictures, but the color looks kind of dark, and the fill just OK. The storage conditions you describe are less than ideal. Personally, I wouldn’t disagree with what Tom said, but I would never pay $500 for a crap shoot. My advice is to talk to the other parties that have an interest in the bottle and suggest you all get together and drink it together. Your comment about using it to ‘start your collection’ is wrong. This bottle, for better or worse, needs to be consumed, not remain as a part of a collection. If the experience of drinking it jump starts your interest in collecting wine, great.
Chuck Miller
Top

Bottle looks original, but the fill is not perfect, though ok for its age.
Colour is hard to judge from the pic ... maybe a bit dark.

If it´s drinkable or not is impossible to say without opening (it always can be corked ...), but the vintage is outstanding and with that fill the odds are certainly intact ... but not guaranteed (colour is a questionmark).

I don´t think the market value is way over 500 $, and less in a private sale between buddies ...
Gerhard Pr@esent
composer / AT
Top

With that type of capsule, it is definitely an original release. However, assuming the picture is properly displaying the capsule, I have never seen that color before. Several different shades of blue and green, but not that.
Killer, Staggering, Excellent, Very Good, Good, Fair, Poor ®
Top

I've been fortunate to have the 1969 P3 several times. It's an extraordinary Champagne...pretty much as great as Champagne can be. But, the P3s are recent releases of these wines from Moet and have been stored in pristine conditions. The conditions under which this bottles was stored create risk. As the others noted, the fill looks a bit on the low side but could be fine and the color looks a bit dark but that could be the picture. I wouldn't wait but would see if the other person was interested in trying it or find another partner to "give it a go". I would keep my expectations in check. That way, if it is in good form, it will be a special experience. If it isn't, it will still have been an exciting experience.
Top

I would think ullage is more of an issue in champagne than still wine, no?
Top

If you like older Champagne and don't need a lot of effervescence, then color is much more important than the ullage.
Killer, Staggering, Excellent, Very Good, Good, Fair, Poor ®
Top 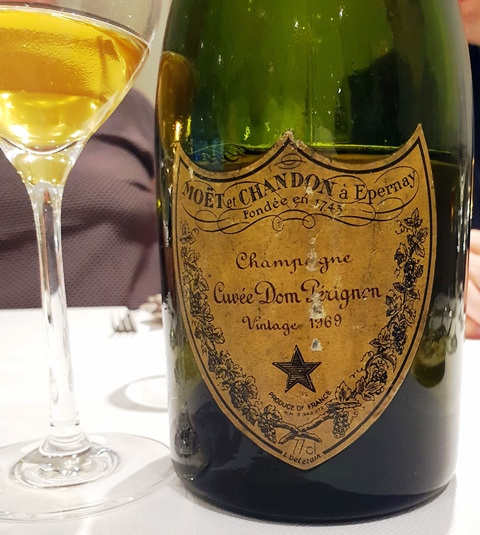 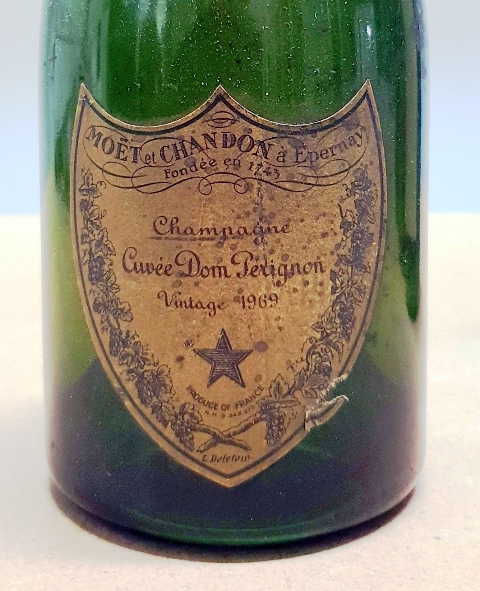 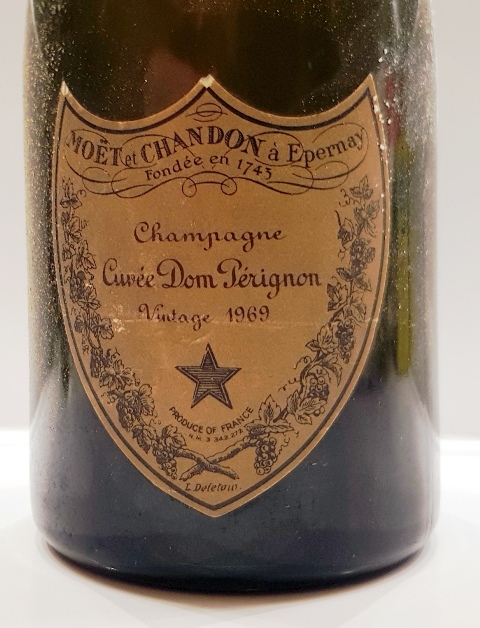 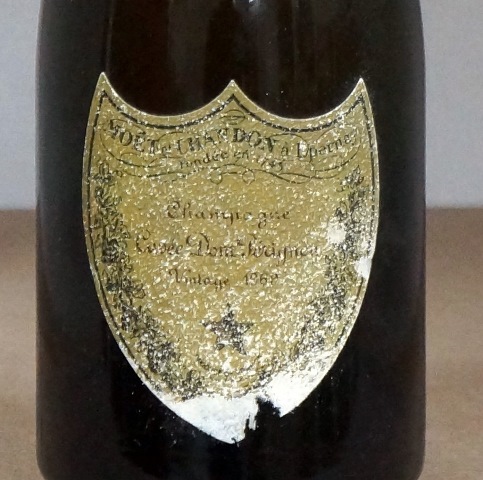 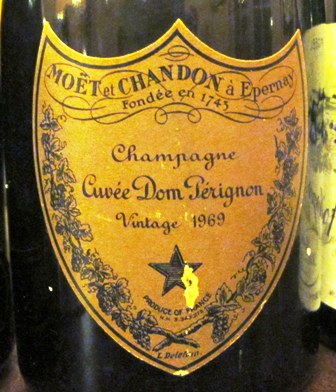 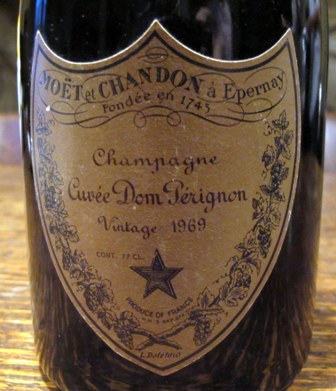 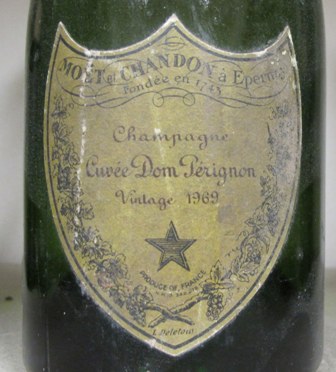