As a lender this kind of thing is particularly terrifying, and I am incredibly thankful not to be mixed up in it. It's the kind of thing that could put me out of work very quickly.

Scary story for industry folks, but I'm sure of interest to those that are just collectors too.

I can’t think of a single zillion-page thread on this board to which the stuff in this article bears even a slight resemblance.
Top

But really, if you're going to use wine as some sort of investment vehicle, I don't feel all that bad. It's a perishable drink and once you're past absolute plonk, intrinsically one bottle is rarely better than another. Plus you can always take out the good stuff and fill it with bad stuff and who will know? Gold will always be gold, a stock will always be worth whatever some percentage share of the company is worth, but your wine, if it's not fraudulent, will eventually cease being something to drink. I can't imagine Warren Buffet going big into wine.

Not sure what industry it's scary for but from this crowd, the people who are investment sorts have basically put a big label on themselves as people you shouldn't trust with your money.
G . T a t a r

Weird story and a weirder news article since I have no better idea what the guy did than before I read the article. Nice chuckle, though, at this line which would tend to suggest his marks really fell down on their due diligence: "claimed ties to famous names like Philippe Rothschild of the Mouton winery"
Top

I see that one of the defrauded is a bigshot with the Cato Institute...a subsidiary of Koch Industries....wait til the Kochs sic their team of FBI agents on this guy....fun fun fun
ITB
Top 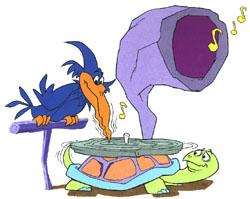 I choose: It only hurt rich people so they are chumps who had it coming.

Keith Levenberg wrote: ↑
September 5th, 2019, 6:10 pm
Weird story and a weirder news article since I have no better idea what the guy did than before I read the article. Nice chuckle, though, at this line which would tend to suggest his marks really fell down on their due diligence: "claimed ties to famous names like Philippe Rothschild of the Mouton winery"

To Keith's point raised above, the article feels partially written by a news bot with an intern filling in the gaps (poorly).
CellarTracker: tooch
Instagram: mattlatuchie
philadelphia eagles football
Top

And in April, the owner of Cellaraiders, a rare wine store in Brewster, N.Y., filed a suit. According to Ben Wallace’s complaint, he and Khan partnered on a series of wine dinners in 2018, with Cellaraiders investing more than $250,000 as well as supplying more than $36,000 worth of rare wines. Khan sent Wallace several checks, all of which bounced.

Wow was surprised to see Ben tied up in this.
- ITB
Take a chance, Columbus did..

A wine-loving business consultant accused of bilking Wall Street highfliers out of millions is being probed by the Manhattan District Attorney’s Office, The Post has learned.

Prosecutors in the DA’s Major Economic Crimes bureau have met with multiple alleged victims of Omar Khan over allegations that he swindled Wall Street bigwigs and other wealthy New Yorkers out of millions for wine events that never happened, sources said.

Specifically, the top prosecutor is looking at claims that Khan once doctored an e-mail from the office of Philippe Rothschild, the owner of the upscale Chateau Mouton winery, to falsely showcase his ties to the esteemed winery — and dupe people into investing with him, according to two people familiar with the DA’s questioning.

Khan is known in New York business circles for hosting rarified dinners where expensive wines — some worth more than $30,000 — are served to about a dozen guests, usually wealthy and important people.

The group is seeking more than $8 million plus interest — the bulk of which came from ex-Renaissance Technologies researcher Kresimir Penavic, who invested close to $5 million with Khan through 27 events from 2015 to 2018.

Three other suits have accused Khan, head of Park Avenue consulting firm Sensei International, of similar allegations. He has denied the allegations in the suits, and has settled one from 2015.

The probe from Vance’s office, however, shows an escalation in potential woes for Khan.

“It’s not civil, it’s criminal,” one person familiar with the investigation told The Post.

Of interest to the prosecutors on the case, which is being run by Assistant DA Lisa White, is the allegation in the latest lawsuit by the group of Wall Streeters that Khan “manufactured” an e-mail from Rothschild’s office because, if true, it would suggest he knowingly defrauded investors, the people said.

Khan said he wasn’t aware of any investigation and declined to comment further.

But in a 20-minute interview with The Post on Sept. 4, Khan blamed “cash-flow issues” that stemmed from clients who failed to pay him.

“There’s no e-mail from Philippe Rothschild himself that had anything to do with anything here,” Khan said after calling a Post reporter’s cell phone.

Later, Khan suggested he never had any specific dealing with the Rothschild winery — and never claimed otherwise.

“I shared what I thought some of [Rothschild’s] possible interests would be, and that may have been construed or interpreted as whatever. I’m not saying I misunderstood [the Rothschilds] or they even made any explicit suggestions. They did not.”

He went on to insist that there was nothing in writing to show otherwise — before realizing there might, in fact, be written evidence.

After The Post published the story about his alleged wine scheme. Khan sent a text saying the story could hurt his ability to make amends with investors.

“I didn’t mention that unfortunately your running the story as we’ve started settling as best we can, will make it so much harder,” he wrote.

“I can but ask you give that some thought. If we made no progress, it would still be a story later. Right now, everyone stands to lose,” he wrote.

A spokesman for the DA’s office declined to comment.

https://nypost.com/2019/09/08/das-offic ... eet-elite/
IN THE BUSINESS SHILL: An associate of a person selling goods, who pretends no association to the seller and assumes the air of an enthusiastic customer.
Top

This guy must be stopped.
Anton Dotson

This guy must be stopped.

There is no quit in this kid.
It's C(raig)
Top

This is why I love you guys.

Con artists go where the money is. You won't see them attempting to bilk trailer trash. You can't get blood from a stone. People who can afford these kinds of wine are great targets.
S t 1 g 0 m a n

Don't be an idiot schmelt. It doesn't count unless you go bardownski.
Top

Peter Slagowitz and I worked at the same shop, and he raced J-44's. Small world.
WineHunter.
Top

Someone suggested in 2016 that I meet Omar Khan.
I exchanged emails with Omar and I met him once.
We talked about dinners that I could organize for him.
We did not go far and our exchanges stopped in 2017.
Nothing in our discussions could lead to suspicion, because we did not go far.
Kind regards

ITB for # 150 bottles a year, sold through dinners
Top

Anybody know or hear of this guy?

Damn, Omar Khan was my favorite 12th century poet and mathematician. Cakebread even named that interesting wine after him.

How sad to see him stoop to this.
Top

How sad to see him stoop to this.